President Trump on Monday reiterated his ability to declare a national emergency and build his border wall, pointing out that top Democrat Adam Smith, Chairman of the House Armed Services Committee admitted on Sunday that Trump can do so.

Congressman Adam Smith, the new Chairman of the House Armed Services Committee, just stated, “Yes, there is a provision in law that says a president can declare an emergency. It’s been done a number of times.” No doubt, but let’s get our deal done in Congress!

On Sunday, ABC‘s “This Week” host George Stephanopoulos asked Smith “Does President Trump have the ability, have the authority to declare a national emergency and have the military build his wall?”

“Well, unfortunately, the short answer is yes,” replied Smith. “There is a provision in the law that says the president can declare an emergency. It’s been done a number of times, but primarily it’s been done to build facilities in Afghanistan and Iraq. In this case, I think the president would be wide open to a court challenge saying, where is the emergency? You have to establish that in order to do this. Beyond that, this would be a terrible use of Department of Defense dollars.”

“The president spends most of his time talking about how we’re not spending enough on national security, now he wants to take $20 billion out of defense budget to build a wall. Which by the way, is not going to improve our border security. The president seems unaware of this, but we have actually already built a wall across much of the border, and all border security experts that I talk to say, where a wall makes sense, it’s already been built. We should have a conversation about border security, but first, we should we open the government and pay our border patrol agents and the federal agents that are furloughed,” Smith added.

I joined @ThisweekABC to discuss the government shutdown and the President’s plan to declare a nat'l emergency to pay for his proposed border wall. He is shutting down the gov't to break his signature campaign promise – that taxpayers weren’t going to have to pay for the wall. pic.twitter.com/oglk7azYKA

Well, the first priority of any Government is the national security, plus, defence of the nation, people, dependent territory (which does not include building facilities, in either Afghanistan and Iraq). So if the DNC refuses to budge on the border wall, then they cannot complain if he goes ahead and gets the military to step in. How much is the ‘Russia Gate’ scam costing?

Interesting, the likeness between the two below. 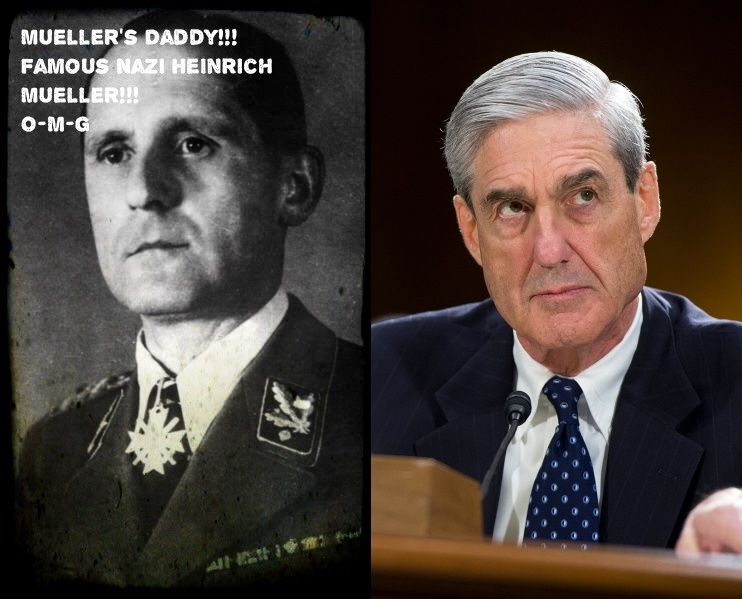 Lol! They do look similar.

Well, it looks like we will get the plan tomorrow evening.

Just to shut the Dems up, will be success in itself. No doubt they will be squealing all the way to the abattoir. Funded by So ros, no doubt.

Shut up the Dems? Do you think that it is possible?

I think that they will still be Soro’s funded banshees from beyond the grave! ;-)

Love’ Soros Funded Banshees from beyond the grave’. Best description going. Do you mind if I end up using it, giving you credit?

Just reminded me of this UN banshee.

“Love’ Soros Funded Banshees from beyond the grave’. Best description going. Do you mind if I end up using it, giving you credit?”

There is no need to give me any credit. I am glad that you enjoy it! It is yours. :-)

Yes, Samantha Powers. She is high up on my “Love to hate that shrew” list. ;-)

Do you remember this one? Condoleezza Rice, “The birth pangs of a New Middle East.” Here she is spewing it at the 2:12 second mark.

I was late coming to the party, happily stuck in my media induced Zombie coma. I came out of it in 2014, courtesy of events in Ukraine, specifically the Odessa Trade Union Massacre, on 2 May 2014.

The rest has been a mega learning curve, together with finding out more about the events in the Middle East, with regards who is behind it all. Just never fathomed how evil humans could be.

Thanks for the link. I so need to find out more, with regards events in the Middle East, going back to the first Gulf War. Well much further back, eventually.

Well, I can learn along with you. I have been around a little longer, but I still have a lot to learn. :-)

Chris Saunders
Reply to  AM Hants

Good for you bud. My own eyes started opening way back in 1982 when the Israelis made their notorious invasion of Lebanon and I could see how the MSM was spurting out lies and distortions about it. It was a shock to me to see the mainstream media parroting what could have easily been Israeli regional foreign policy agendas. By the time of the First Gulf War, I already knew who was pushing for the complete destruction of Iraq . .

AM Hants
Reply to  Chris Saunders

Must admit, to being seriously ignorant, with regards world events, back then. Too busy having fun in the 80s. Seriously need to go back in time and find out more, including the Balfour Declaration and ‘who, what. why, where and when’. Wasn’t the State of Israel planned the same time Saudi discovered their oil?

Chris Saunders
Reply to  AM Hants

This MintPress article covers a lot of points: https://www.mintpressnews.com/who-wrote-the-balfour-declaration-and-why-the-world-war-i-connection/233694/

AM Hants
Reply to  Chris Saunders

Samantha power is not Liberal. She is Democrat Globalist . Two very different things.

Going for the Banshee Globalist. Wasn’t her replacement, Republican, yet, just as bad?

Of course. That was my point. One cannot use the word Liberal with an American representative on the world stage.
Nothing Liberal about being “Amerikkiya Uber Alles”.lol

Nod
Reply to  AM Hants

He does look like him, does you have any proof that its actually him?

No. However, ‘MyTwoCents’ made me laugh, (not the intention) owing to some comment, and a Washington Post Link. Mentioning ‘Daddy Mueller’ being a Du Pont Exectutive.

Well, didn’t Du Pont support the Nazi Party? Didn’t they do well out of Dulle’s ‘CIA Operation Paperclip’ project, where they provided exile for the Nazi plus Bolshevik elite, including the scientists, plus, engineers, found in the SS Movement?

So is it just a coincidence Robert Mueller looks like Gestapo Chief Mueller, or perhaps their DNA, provides the answer.

Using national emergency to build the wall sets a precedent for Trump to use it again to fulfill other campaign promises and circumvent his opposition.

You got it.
Democrats and neocons are a bunch of idiots and clueless.

Yeah, that move makes dump look even more desperate and out of touch.
USA have always bragged about “land of freedom and heart of democracy”, guess no one sees the clear fasicm/dictatorship written on the wall.

There is a national emergency and it needs a wall around it ……. the US Congress and White House Morons.

walls are not only to stop whose coming from out in but also stop the ones in going out of that shithole.

I just saw CNN TV about it(Berlin time 06.48). Some democrat joked abot the emergensy and if it was 14 or 1400 possible terrorist as maximum comming by the deserts to attack USA.