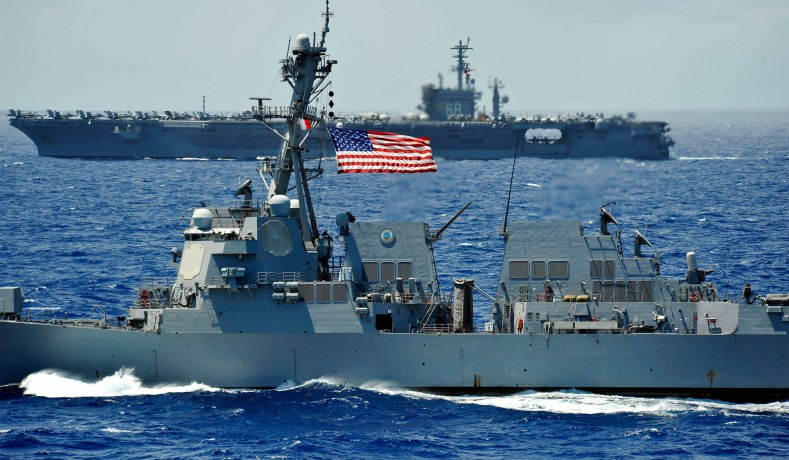 On July 31st, US President Donald Trump claimed that talks with Iran are imminent and will happen “pretty soon.”

While speaking at a rally in Florida, he said: “I have a feeling they’ll be talking to us pretty soon, and maybe not, and that’s OK, too.” He also used the occasion to once again reiterate his position on the “horrible, one-sided” 2015 Iran Nuclear deal, from which the US withdrew on May 8th.

Earlier, on July 30th, during a joint press conference after the meeting between Italian Prime Minister and US President Donald Trump. The President also said that he was prepared to meet Iranian President Hassan Rouhani “any time they want to.” He also asserted that he would “certainly meet” with Iranians with “no preconditions.”

However, also on July 30th, US Secretary of State Mike Pompeo appeared on CNBC and set some conditions for the meeting: “We’ve said this before. If the Iranians demonstrate a commitment to make fundamental changes in how they treat their own people, reduce their malign behavior, can agree that it’s worthwhile to enter into a nuclear agreement that actually prevents proliferation, then the president said he’s prepared to sit down and have the conversation with them.”

Iranian Foreign Ministry spokesman Bahram Qasemi answered that what Trump is saying contradicts his actions of imposing sanctions and pressuring other countries into avoiding business with Tehran. Cited by PressTV, his words were: “Sanctions and pressures are the exact opposite of dialogue which requires mutual respect and commitment to international treaties. How can he prove to the Iranian nation that the comments he made last night showed his true intention for negotiation and were not expressed for populist gains?” He also asserted that a military confrontation with the US is out of the question, however Iran is ready for every scenario.

As a response, on July 30th, Hamid Aboutalebi, Rouhani’s adviser, said on twitter ”Respecting the Iranian nation’s rights, reducing hostilities and returning to the nuclear deal are steps that can be taken to pave the bumpy road of talks between Iran and America.”

On July 31st Iranian Foreign Minister Mohammad Javad Zarif tweeted: “Threats, sanctions & PR stunts won’t work. Try respect: for Iranians & for (international) commitments.” He further condemned a US decision from August 1st to impose sanctions on two Turkish officials. On August 2nd he tweeted the following “US’ unlawful sanctions against two Turkish ministers – from an allied country – illustrates not just US administration’s policy of pressure and extortion in lieu of statecraft, but that its addiction to sanctions knows no bounds.”

US-Iran relations have been worsening since the May 8th withdrawal of US from the Iran Nuclear Deal. After the departure, the US also threatened to impose sanctions, the first of which are to go into effect in August 2018. The deal’s EU partners have since made a bid to assist Iran in dealing with the sanctions and filling the gap left by the US. Despite EU’s vows, on July 18th, an Iranian factory began producing centrifuge rotors. This came a month after Leader Ayatollah Ali Khamenei in a statement ordered agencies to prepare to increase uranium enrichment capacity, if the deal falls apart after the US withdrawal.

“If the Iranians demonstrate a commitment to make fundamental changes in how they treat their own people, reduce their malign behavior….”

What frigging business is it of the US how “Iranians… treat their own people?” And the only “…malign behavior…” in MENA is that of Israel, the US, and the Gulf States.

Not to mention the US needs to clean up their own back yard. Illegal seizure of property, Israeli trained cops shooting unarmed people, killer cops not being held to account, corporations allowed to run roughshod over citizens, gov entities allowing poisons and criminal activity, rigged voting, slaughtering people at weddings/funerals for Israel…I’d say we have no room to talk.

He said that because Iranian monarchists and others in L.A meeting criticised him for the lack of “human rights” rhetoric in his 12-points demand list and were not so enthusiastic on cooperating with MEK terrorists (MEK/MKO is pushed by Neocons as a “democratic” alternative to the Iranian government).

AM Hants
Reply to  Garga

Soros regime change script, plus, how does it start?

‘…Protests – Why and how do they already have banners and buses and everything else for a protest?

If that was such a sure thing, how come there are protests already orchestrated?

There are references to a five-step Soros plan to destabilize countries. Here are the five steps that Soros always uses in his efforts to destabilize and undermine a country.

ESTABLISH LEGAL FOUNDATIONS AND ORGANIZATIONS WITHOUT PURPOSES OF PROFIT

Use those groups to build a “home” for the development of leaders / followers and allow the movement of money. The people involved in these foundations and non-profit organizations work to slowly infiltrate the government, working simultaneously in government and for foundations. This creates a structure of government in the shadows in which individuals are a kind of double agents loyal to both their government position and the Soros groups.

Use those foundations established in step 1 to consistently gain control of media companies and media personalities. That provides influence on the general population and helps to frame the necessary narratives in the future. The primary objective of controlling the media is to be able to FORMULATE AND PROVIDE NARRATIVES.

DEVELOP AND CAUSE AN ELECTORAL CRISIS

The cause or atmosphere of the crisis does not matter. All that matters is that the core of democracy, the credibility of the voting process, be questioned to the point of anger and frustration.

An electoral crisis leads directly to protests that increase until finally the government responds with force and with a change in the state of affairs.

The CIA have sent their protesters to Iran, hoping to kick start trouble. Funny, how they ignore domestic problems, when trying to pillage natural resources, in nations with no Rothschild Central Bank or debt?

Talks with whom, exactly? Iran doesn’t want to talk to Trump, and they damn sure don’t have anything to talk about with Wonder Boy Jared Kushner or the current/future CIA Director Pompeo/Haspel. I’m guessing Waffle House-Nikki would be a bad choice as well.

Is Trump planning on sending Feto Gulen to talk to the Iranians? Abu Bakr al-Baghdadi? Worse yet, Mike ‘Apocalypse’ Pence? We’re kind of fresh out of credible people here. The U.S. punished Iran’s 81 million people for decades because our CIA dictator was regime-changed and our little buddy nations of Israel (6 million) and Saudi Arabia (33 million) don’t like them. Why the fuck would they want to talk to us? Is Trump expecting them to negotiate a surrender? (Hint to Trump: Iran is a little bigger than Jerusalem).

Damn right it is!!! Trump is ‘israel’s’ lapdog. Pompeo, Bolton and Pence are the second string poodles. They will jump through hoops on fire for their supremacist Neo Bolshevik jewish masters.

He might send McCain’s tumour, with the growth of McCain clinging to it.

I was just thinking about that front-running turd McCain today. I’m going to celebrate his last miserable gasp.

Hope he is holding Soros’ hand, when they both return home to Lucifer, who does not appear to be in a rush, for them to return home.

alll bullshit talk…………WAR is on the horizon….since making jerusalem capital the countdown started…its NOT stoppable…impossible for war not to happen. Unless ofcourse one believes that the illegal entity named israel disappears and with it the military industrial complex…..aint gonna happen…wishful thinking maybe but cannot happen.The stage was set for decades now…beginning with the british giveaway of differeant areas in the middle east to families or tribes that we now call nations, be it saudi arabia,bahrain,UAE,Qatar,lebanon,palestine,israel,etc…. All them have one thing in common….they are fictional setup nations that could not exist without the outside world, they are constantly in turmoil and war, be it interior conflict or conflict with outside nations. Egypt,Iraq,Iran, are the only true nations in the middle east.Their history goes back in the thousands of years.Take syria for example….a nation set up by the british and french…without those two sponsors syria would have never existed.Take lebanon….same deal british and french.Take the fucked up arab nation…??? arab nation??? yeah from where saudi arabia is down to jemen and oman.Arabs.They have been sold out by the saud family over 100 years ago…lawrence of arabia is a good reference point.

Thats exactly what they did in the middle east, and continue doing so to this day as seen with east syria and the whole SDF army bullshit with “kurdish”nation.Thats dividing and conquring executed.Thats what they tryed to do in iraq for 20 years, remember the 10 years no flight zone in the north and south , hence practically dividing the country into 3 zones.

IRAN is not NK.They will never accept a Kosher nostra scumbag to insult them and get away with it.A full re implementation of the 5 +1 deal,and an apology to the proud Iranian people will be necessary before any thoughts of dealing with these luciferian scumbags would even be considered.

Funny, he now wishes to talk, as Iran is preparing to shut down the ‘oil transport’ shipping route. Iran are in no rush, plus, hold many cards. Funny, how the protesters have turned up, just when Israel wants to stage a hissy fit?

If Turkey still not get it, the United States will sanction the rest of Turkish Government and forbid them on International flights. If Erdogan wanna fly outside Turkey he must ride on an US approved goat…….LOL.

If Rouhani dont write a Kim letter begging Trump for a peace meeting, United States of America will sanction Iran´s export of carpets, import of feta cheese and send 100000 sunni jihadis into Iran.

Erdogan and Rouhani must go and be replaced by a new world order government believing in democracy and freedom.

If Erdogan was foolish enough to fly anywhere in the west, you can rest assured his plane would have a terrible accident. The US has already had one shot at killing him, and he is smart enough to know there is a price on his head. That’s why he’s taking risks, he has nothing to lose.