Donald Trump became the first sitting US commander in chief to set foot in North Korea on June 30. The development took place when he greeted North Korean leader Kim Jong-un at the Demilitarized Zone between the North and South. Both the US and North Korea agreed to send their negotiators back to the table to seek a long-elusive nuclear agreement.

“It is good to see you again,” Kim told the US president. “I never expected to meet you in this place.”

After this Trump and Kim held a private conversation inside the building known as Freedom House in South Korea. Trump further promised to invite Kim to visit him at the White House.

“Stepping across that line was a great honor,” Trump told journalists. “A lot of progress has been made, a lot of friendships have been made and this has been in particular a great friendship.”

The Trump administration seems to undertake significant efforts to intensify negotiation process with North Korea. The US attitude towards North Korea is an interesting signal showing the difference of approaches towards the countries that openly have nuclear weapons. In comparison, the Trump is not seeking to meet Iranian President Hassan Rouhani and ‘intensify’ the negotiation process with Iran.

They probably washed the pavement afterwards.

Pathetic. A political stunt to hopefully boost his image back home after a string of failures. First, he pulls a JFK (i.e. back to the Moon by 2024 — not happening). Second, he fails at toppling Maduro from power (i.e. Bay of Pigs v2.0). Third, unable to start a war against Iran. Fourth, China is kicking his ass on the trade war; a lot of pissed off farmers (a good portion of his voting base) right now. And there’s his “Wall”, not pulling out of useless wars in the Middle East and the biggest one, Hillary.

If Trump really want a win, he should end the Korean war, and pull out from the Korean peninsula. As long China and Russia stay out, the RoK forces can easily kick the crap out of their Northern cousins.

Unfortunately any resolution of the incompatible U.S.-DPRK positions will likely remain in the realm of wishful thinking.

Any conciliatory rhetoric aside, assessment of positions would reveal there is no significant change. U.S. economic strangulation and ‘regime change’ efforts continue. Indeed, the U.S. is currently in no hurry to change this situation as economic warfare operations are inflicting great hardship on the population of the DPRK by design, key objectives being the fomenting of internal unrest (regime change) and seeking capitulation to expanding demands.

As the U.S. is incapable of honouring agreements (evident in established behaviour), any concessions the DPRK may offer would not result in any lasting reciprocal concessions. In the unlikely event of any significant U.S. economic warfare (strangulation) concessions, it is also far easier for the U.S. to reimpose and expand economic warfare measures and to deploy military architecture in the future than it would be for the DPRK to re-establish any potentially decommissioned defensive/retaliatory programs. As with the JCPOA (and as similarly employed against Iraq), the U.S. would eventually expand (deliberately unacceptable) demands (involving efforts to degrade broader defensive capabilities and to facilitate the imposition of additional economic warfare measures). Failure of non-kinetic mechanism to achieve capitulation to demands and eventually regime change merely precede kinetic stage of operations once retaliatory capabilities have been sufficiently degraded (unlikely to occur in the case of the DPRK).

As such (and as should be evident by the established modus operandi of the U.S.), despite any current conciliatory rhetoric intended to improve the situation (a responsible initiative as diplomacy is a priority), unfortunately due to the lack of required concessions by the U.S. (and the established inability to honour agreements), a kinetic stage of conflict is likely not a matter of if but when. I hope I am wrong but I do not believe I am. In the meantime, the (disingenuous) behaviour of the current U.S. administration will largely remain based on efforts at deception and manipulation. But actions, not rhetoric, will determine outcomes.

I am surprised to find this posted. It is being memory holed in the West.

Simple gesture by Trump, but it meant a lot to the North Koreans and Kim. We can laugh at it in the west, but *anything* Trump does to move towards the end the Korean War and encourage the Koreas to reunite would be worth it.

My only criticism is that this could have been a lot more entertaining if Trump showed up with a haircut just like Kims. “Wecom, Donoda Trump! Ru look fabruous!” 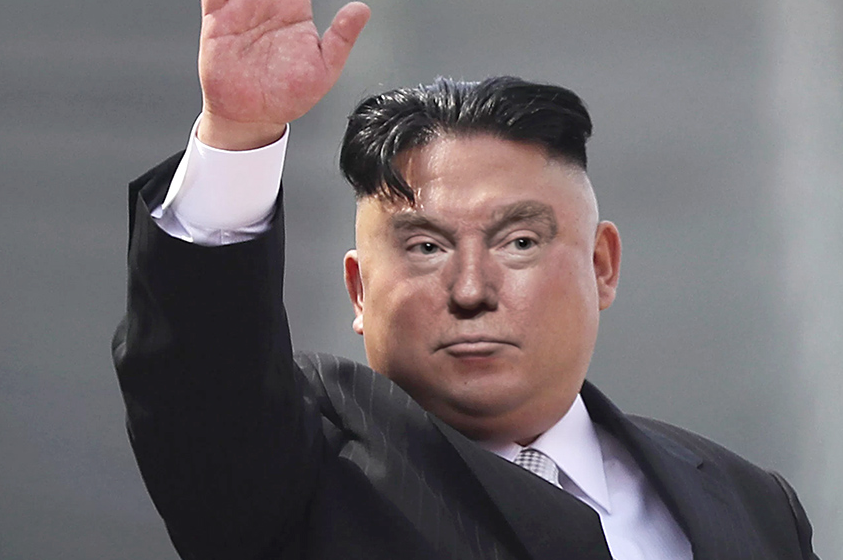 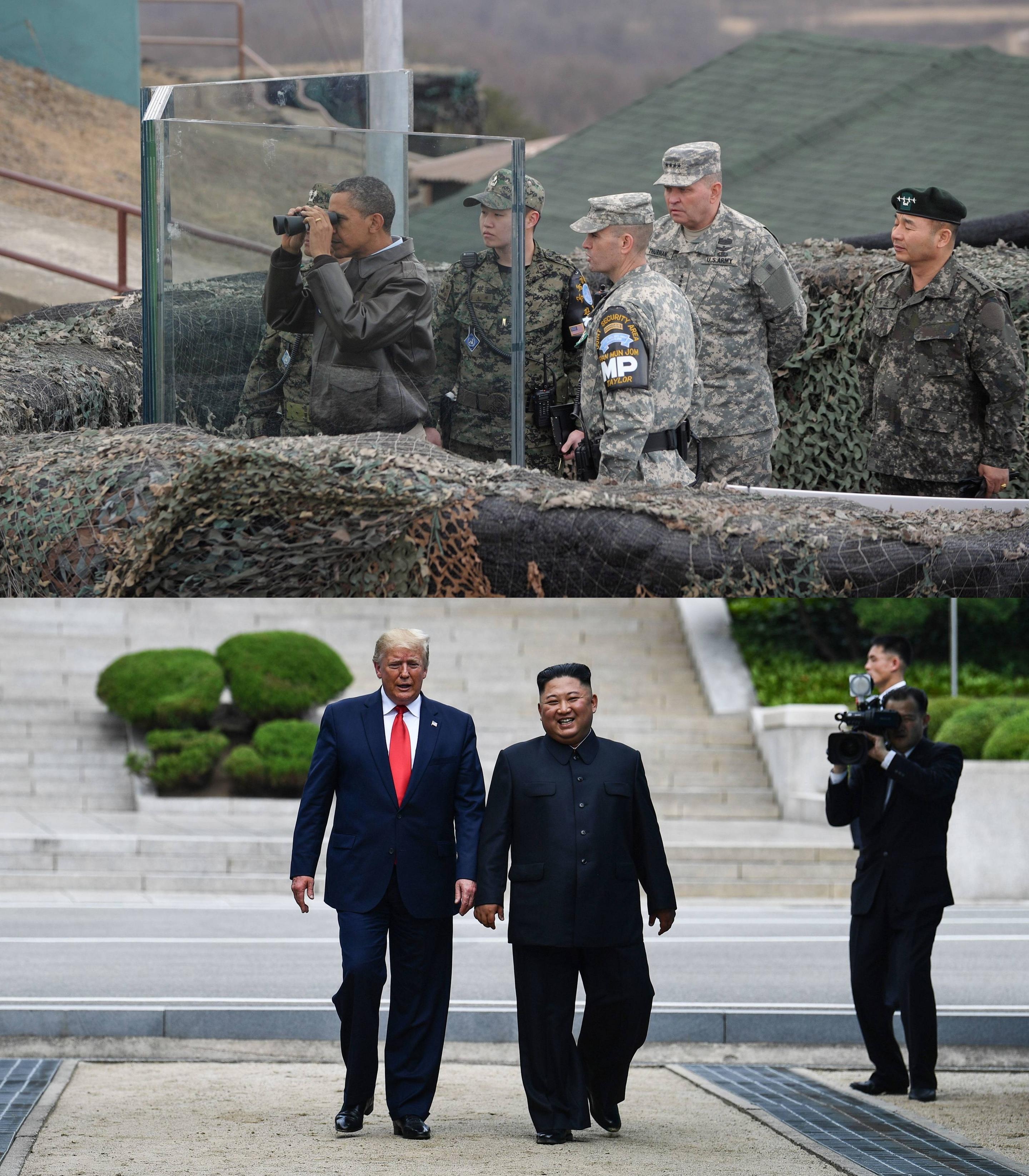 Nah, Kim will keep his nukes… Better, upgrade it to hypersonic one… ☕