On October 21, US President Donald Trump approved $4.5 million in direct support to the infamous propaganda group “White Helmets” in Syria.

In a statement released by the White House, the White Helmets’ media support to al-Qaeda and participation in multiple staged attacks, including those involving chemical weapons, were described as an “important and highly valued work”.

“Yesterday, President Donald J. Trump authorized $4.5 million in direct support to the Syria Civil Defense (SCD) to continue United States support for the organization’s important and highly valued work in the country.  Over the course of the 8-year conflict in Syria, the SCD has rescued more than 115,000 people, including many ethnic and religious minorities.  The United States encourages our allies and partners to join us in our support for the SCD and in our efforts to protect civilians, religious and ethnic minorities, and other innocent victims of the Syrian conflict,” the White House said on October 22.

The White Helmets have alaways operated solely in the parts of Syria controlled by al-Qaeda and its allies. Currently, the miltiant-held part of Idlib, Lattakia and Aleppo provinces are their main area of operations.

What a waste of money, one thing I will be glad to see when Idlib is retaken, is the disappearance of these white helmeted bozos.

Americunts fueling and funding NWO operatives.
Trump is himself a NWO operative, despite his “swamp draining lies”.

The Helmets have done such good work rescuing people in Syria that they even managed to rescue the same girl no less than 3 times from different piles of rubble. That’s one unlucky girl or they are using children for photo ops in order to tug are the heart strings of ignorant morons in the west who deserve to be fleeced of their money by terrorists posing as hero’s. There’s nothing worse than a false hero abusing children, and in full view of western sheep.

Perhaps someone should show the Trumpster other photo’s on the internet of the Helmets celebrating happier times when the caliphate was making out like the bandits they are, and when they felt less embarrassed of being snapped with their weapons. Terrorists by day and hero’s by night. Perhaps an award from the now thoroughly discredited Nobel foundation is next?

Now that they have plenty dollars this shower of shit can stop stealing Syrian ambulances and buy their own.
Considering recent events, i expected better from the Trumpster’s admin especially after one of the number was refused entry into the US because he was a known terrorist.

He’s fucking with the pro syrian war folks. And making sure his bargaining chips in idlib dont walk off before they can be cashed in at optimal value.

The ususal crap. When Assads took back most of Aleppo City, they adavanced so many times at the 1070 appartmenst that if it was true, the soldiers was around the globe 2 times.

Your world is that if not the goverment is there, there should be no food, no medical care, no hosptals, no firebrigade and like that.

You even allow You to say, that ambualances are private property of Assads. People in Idlib are taxpayers too. SDFs actaully lives in Syria and are Syrians as well and hardly can steal oil from themselves and dont.

But You are raised in that highly manipulated attitude. When You as Leaders above the whole worlæd is not there for controlling the rest, the world stand still and lísten to You.

Well, they have listent to someone like You for decades, thats why they shoot back :)

You probatly not even sit on the toilet the same way they do.

Just a little love from trump for the imperial lobby. No hard feelings over ditching the sdf right?!?!?

Who knows what’ll happen next time they shake the impeachment tree maybe Afghanistan will fall off.

Because the US population has now become too fat, drugged up and too cowardly to fight in her chosen wars of aggression against weaker countries.

In view of this, the US needs to maintain her strategic gangs of vicious terrorists on standby.

This costs money .
US taxpayers money :)

About time. A new chemical attack from Assad will secure that US and its Allies again can take full controle of Manbij the heart city of the Heartland.

Chemicals are in short supply now, Tommy.
The US population is injecting or smoking all of the shit. :)

This proved that America supports terrorism on a global scale,..
Sooner or later they will get the taste of their own medicine…
Scumbags American government

White Helmets are just a PR stunt – to publicly cover NATO states financing Sunni fundamentalist terrorist factions in Syria. Terror factions that are now contained by SAA – and holed up in Idlib where they are under NATO protection.

Trump has likely been told & believes the WHs are heroes. I doubt he knows anything of the fake gas antics of this group.

he must do certain sacrifices in order to get his demobilization of american troops going, since whenever he breaths one word of reducing troop somewhere the democrats suffer a mental breakdown and rants and raves and huffs and puffs bloody murder. so to seemingly stay on the forward curve laid out by the mic/ds/fic he invents minor concessions so that the criminals in congress shut up. 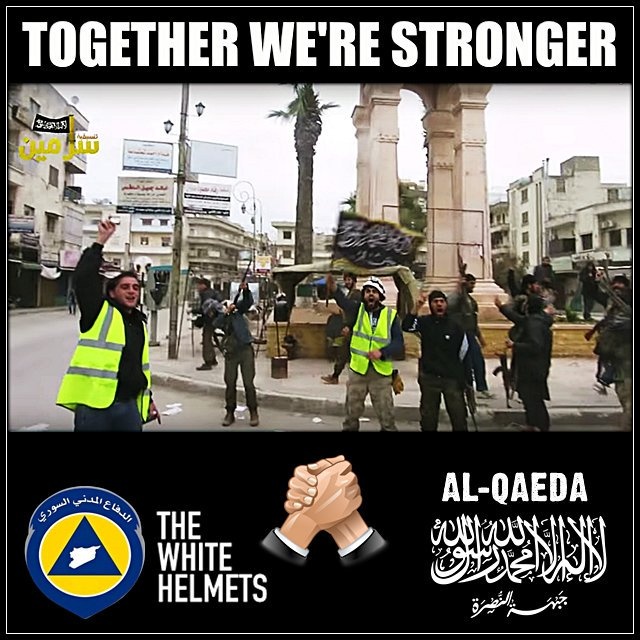 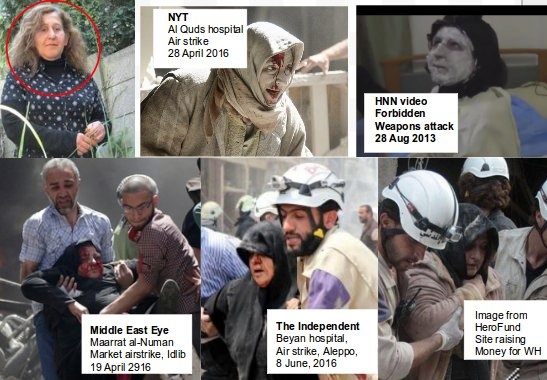 Don’t forget, these guys who staged the attacks on twin towers got an oscar in 2017 by Zollywood for their showbusiness in Idlibstan , we got news for them, they’ll be soon running out of operation areas, SAA will come for u no matter how much cashflow wil reach to Idlibstan by the ZOG entity

While Syrian Civil Defense was providing help everywhere in Syria, White Helmets took credit for it – all while they cooperated with terror and also committed terror.

bet that the unhinged states of A in no time will open its embassy in damascus so that the 4.5m$ can be handed out by the relevant cia personnel posing as cultural attaché to the needy white helmets.

Very symbolic. I am dure they need missiles,medical care and food…

People, i just so the new CoD game, they filled that game with propaganda. Big government is involved in the U.S, they are spending a lot of money on propaganda.