The Republican candidate for the US presidential elections claimed that if Russia wants to fight ISIS in Syria, that’s OK for him, but the US must also do its part. 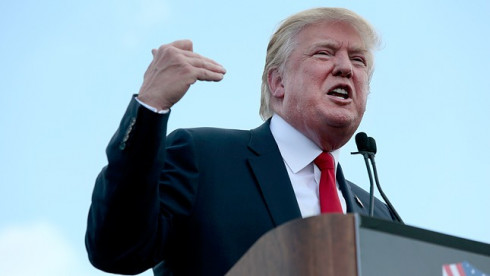 In recent declarations, the multibillionaire Donald Trump cited that he supports the fact that Russia started an anti-terrorist campaign in Syria. But the reasons for this allegation are far to be good ones.

First of all, Trump says that he “loves” the fact Russia is spending so much money and manpower on the warring campaign since it could further take the Soviet nation to an imminent bankruptcy as it happened when Russia took part in the Afghan War and also because, according to him, this would mean that the US wouldn’t have to spend so much in their anti – ISIL offensive.

Trump also said it’s only a matter of time before Russia’s powerful military begins to focus on ISIS for fear it could spread terrorism in Moscow, since until now, according to him, Russian airstrikes have targeted Syrian rebels objectives mainly.

Despite his declarations, Donald Trump considers he could have good relations with Russian president Vladimir Putin.

If that wasn’t disturbing enough, Trump also referred to the refugee crisis, stating that we would send back to Europe any Syrian refugee trying to get into the US, since he considers they would become the biggest Trojan Horse of all.