Trump’s tariff pressure on China will not relent. The US president may impose 25% tariff on $200 billion of Chinese goods, according to “briefed sources”, cited by SCMP.

The proposal for 25% tariffs on $200 billion worth of Chinese goods comes as a retaliation to Beijing’s answer to the tariffs that went into effect into July 6th. The proposal would increase the potential tariff rate from 10% the administration had initially put forward on July 10 for that wave of duties in a bid to pressure Beijing into making trade concessions, a source familiar with the plan said on July 31st, cited by Reuters.

Donald Trump, on July 31st, spoke at the Florida State Fairgrounds Expo Hall, praising American farmers for standing against the Chinese tariffs. Earlier, on July 24th, Trump announced a controversial $12 billion emergency aid package for the farmers who are caught in the escalating trade war with China.

The administration, according to unnamed sources, cited by Reuters, aims to pressure Beijing to return to the negotiating table. However, the sources also claim that the final decision has not been made and that many of Trump’s threats have had the aim of bringing Xi Jinping to negotiating, rather than to fundamentally change the US economic policy.

China vowed another retaliation if Trump proceeds with the measure, warning the US that pressure tactics would fail. What the retaliation would be is unclear, since China imports much less US goods, in comparison to how much it exports to the US.

Chinese Foreign Ministry spokesman Geng Shuang spoke in a regular news meeting his words were: U.S. pressure and blackmail won’t have an effect. If the United States takes further escalatory steps, China will inevitably take countermeasures and we will resolutely protect our legitimate rights.” Regarding communications, Geng said that China had “always upheld using dialogue and consultations to handle trade frictions, Unilateral threats and pressure will only produce the opposite of the desired result” and that dialogue must be based on mutual respect and equality.

Reuters reported that a spokeswoman from the US Trade Representative’s office has declined to comment on the proposed tariff rate increase.

The $200 billion list of goods targeted for tariffs – which also include Chinese tilapia fish, printed circuit boards and lighting products. These tariffs would have a much bigger impact on consumers in comparison to the earlier tariffs. Erin Ennis, senior vice president of the U.S.-China Business Council, cited by Reuters, said that a 10% tariff on the listed products was already problematic, more than doubling it to 25% would make it much worse. His words regarding the matter were: “Given the scope of the products covered, about half of all imports from China are facing tariffs, including consumer goods. The cost increases will be passed on to customers, so it will affect most Americans’ pocketbooks.”

The 25% tariff which came into effect on July 6th was imposed on $34 billion of Chinese goods, including water boilers, X-ray machine components, airplane tires and various other industrial parts. In turn, China retaliated with tariffs of its own on $34 billion of US goods, including soybeans, pork and electric vehicles. Washington is also preparing to impose tariffs on an extra $16 billion of goods in the following weeks. On July 6th, Trump warned he may ultimately put them on over half a trillion dollars of goods.

The July 6th tariffs had the aim of forcing China to change its joint venture, technology transfer and other trade-related policies. The initial 10% tariff on $200 billion worth of Chinese goods came as punishment to China’s response to the July 6th imposing. He has also threatened tariffs on a further $300 billion on Chinese goods. The tariffs on half a trillion dollars of Chinese goods amount to almost the entire Chinese export to the US, as cited by Reuters.

The U.S. Trade Representative’s office initially had set a deadline for final public comments on the proposed 10 percent tariffs to be filed by Aug. 30, with public hearings scheduled for Aug. 20-23. It typically takes several weeks after the closing of the public comments for the tariffs to come into effect.

On July 31st, Xinhua state news agency reported that China’s top leaders said the country will strive to achieve economic stability despite challenges. The announcement from Beijing came as data from the world’s second-largest economy suggests that the country is starting to feel an effect from U.S. tariffs. Geoff Raby, Australia’s former ambassador to China has warned that “We’ll probably see escalation upon escalation. China has made it absolutely clear.”

So… Why doesn’t China simply impose a 50% export duty (on the buyer) on everything the US in imposing their import tariffs on? Withdraw all holdings in the US. Nationalize all US businesses. Confiscate all US holdings in China. Dump all US stocks. Liquidate their US Treasuries.

But where would I get all the plastic shit I need to survive? Don’t mess with Chinese plastic junk, I beg of you… Stop the flow = mass US riots and cities in flames – two weeks tops. 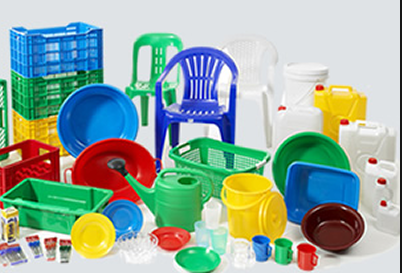 Going off your point, and more about plastic and Asia per-se, but if spent any time in Asia this will really come as no surprise:

The US doesn’t hold the whip hand, but Imperial Washington is simply too blinded by its (fake) Exceptionalism and arrogant hubris to realise this.

China can impose 100% tariffs to all rare earth mineral that only in china and north korea can be found, many hi tech company will be paralyzed if they do that

China can EMBARGO all sales of rare earth minerals, except to those nations that PROMISE to allow free trade and refuse to co-operate with fascist Washington and its economic terrorism.

Why US is putting pressure on every single government because US takes last breaths of his life. Just leave US alone for one year and then see whats going on. Enjoy US chaos as they have enjoyed chaos of many countries.

Why do countries accept this act of war from a dying empire? Turn your backs on the monster and take away its power.

The Chinese know that you cannot appease this form of economic terrorism. Give in just one time and it will become an established Imperial “negotiating tactic”.

The interesting and neglected question is who are the parent companies importing these goods? Trump keeps referring to Chinese goods – but they are in fact largely Chinese manufactured goods – produced for, and imported by, US based multinationals using offshore contract labor.