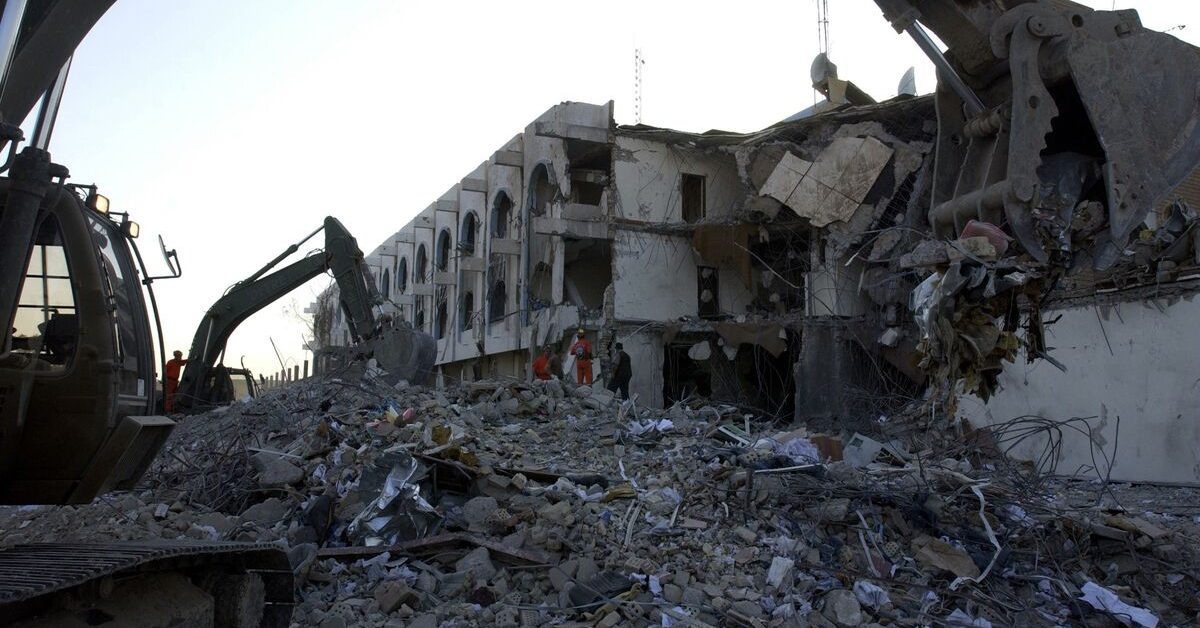 This was part for her investigation for Akhbar.net

There is a treasure trove of ISIS documents numbering approximately 800.

Hundreds of these are forms with Jihadist names, positions in the terrorist group and more.

Hundreds are Syrians, with 5 Germans, some Australians and Turkish.

100s of forms with jihadi names, position in ISIS etc.

As there is no tribunal, I put all files online so world has access.@akhbarhttps://t.co/Soaj0B49oT

Her report also has a video in which she explains the findings, albeit in Arabic and without a translation.

2/ Here my report for @akhbar on the new ISIS files I discovered in Syria.

It gives information on Al-Fateheen unit. 800+ documents with many Jihadi names of ISIS members. Also in which battle they participated, how much salary & war spoils they got.
pic.twitter.com/1PXodif8Te

These new ISIS files were left behind by ISIS when they fled. They were saved by citizens. Jenan Moussa held originals in her hands and photographed them.

The documents were filled out by ISIS fighters from Germany, Australia, France, Indonesia, Russia, Turkey etc., including hundreds of Syrian ISIS members.

Showing that a terrorist organization works much like a corporation, it turns out that the future members filled a questionnaire with their names, previous experience, number of children and more.

5/ More questions on ISIS docs: What's ur rank in ISIS, current emir, when did u become religiously committed, when did u become committed to Jihad, which sheikh inspired u, which Islamist or jihadi groups u worked with before, education/profession before ISIS, skin& eyes color? pic.twitter.com/ECCuhX2urC

These new ISIS files are from 2014, when ISIS was still expanding territory.

True, but realize that these docs are especially important to map ISIS as an organization + find evidence on individuals. So, all docs – old or recent- matter.”

Notably, the German-filled questionnaires are interesting.

Four of them were previously part of some jihadist mosques in Germany, while the fifth one was a soldier in the military, and had been part of no extremist group.

9/ The names of the 4 ISIS Germans, who said they were with the Furqan mosque (in Bremen) before joining ISIS, are from top left clock wise:

Here are the front pages of of their ISIS questionnaires (back pages in next tweet): pic.twitter.com/diocFzHLlq

The Furqan mosque in Bremen, Germany, was closed by the authorities in December 2014 due to involvement in extremism.

She said she published the files online, so that the wider community knows what’s going on and how things transpired, since there is little hope of an ISIS tribunal to take place and hold accountable all those who have escaped justice.

13/ Why am I putting all these ISIS files online? Reason is that there is no realistic chance that anytime soon an effective ISIS tribunal is going to be set up by the international community. So by putting the ISIS files online, everybody can use/ study this database.@akhbar

Jenan Moussa covered the same topic three years ago, and it can be seen in this Twitter thread compilator.

In overview, from this most recent finding, the following can be concluded:

The entire document trove can also be accessed in [pdf] form.

شكرا لكم، هذه معلومات مهمة It may be noted that she says that the leader of the Germans’ kateebah or regiment/squadron was Dagestani, i.e. from Dagestan, whereas his immediate superior Tajeeki, hence from Tajikistan.

the fractures are widening —antagonism between Muslim Brotherhood in turkey vs Saudi/UAe. UAE funding Syria now. Qatar allies w Turkey/Azeris. Oman a few other neutral or kingdoms like morocco destabilized by Polisario==ISIS in Somalia/IDLib, etc, Syria/Iraq now allied w Iran, Libya divided. USa created al Qaeda ISIS–now they pretend they dislike them. Kurds a minor problem everywhere except perhaps turkey and Yemen now divided When desperate US empire collapses many of these proxy conflicts will subside

Bureaucracy has always been a signature of totalitarian governments and organisations, even if the governing bureaucrats and modern day technocrats are all ‘dressed’ in the same expensive cloth, in my humble opinion.

Its always a case of ‘ Do as I say and not as I do ‘ for these scumbags.

Isnt this a bit dangerous for her in person. Some women forget to guard themselves. Too bad Western governments are so corrupt and to continue to accept and play double games with these disgusting assets.

Well now that the information is out there, there is nothing the Government can do……

But yeah, she should be more careful from now on.