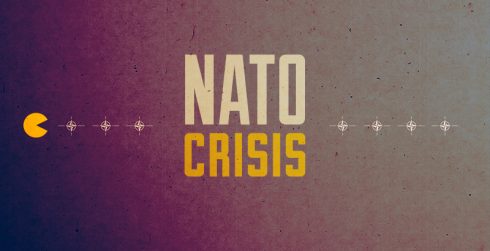 Since Sweden and Finland announced their bids to join NATO in May, citing the dangers of Russia’s invasion of Ukraine, Turkey has been the key holdout ‘veto’, complaining that the two countries and Sweden especially have played host to Kurdish “terrorists”.

Ankara has since demanded sweeping changes, including the request that Sweden extradite individuals who are wanted in Turkey. Some of the Turkish requirements would require Sweden to even crackdown on the ability to protest among Kurdish groups, thus violating their own democratic and free speech laws.

Sweden has long accepted an influx of Kurds from Iraq, Turkey and Syria. Over the past five years it’s been commonly estimated that Syrians (many of them Syrian Kurds hailing from border regions close to Turkey) make up about 9-10% of the total population of Sweden.

Given that in some cases these Kurds are political dissidents who have escaped the long arm of the Turkish government, Ankara has accused Stockholm of intentionally harboring criminals and supposed “terrorists”. 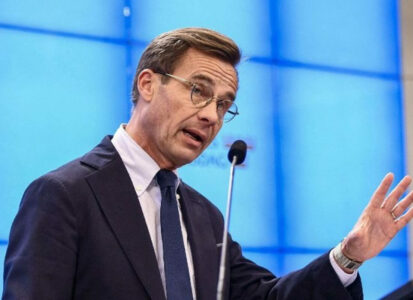 Prime Minister Kristersson has admitted that at this point, “We cannot meet all of Turkey’s demands.”

Swedish Prime Minister Ulf Kristersson said Turkey was asking too much in return for ending its obstruction of NATO membership for Sweden and neighboring Finland,  speaking Sunday at a security conference attended by NATO General Secretary Jens Stoltenberg. The Swede said that decision will depend on his country’s ability “to show its seriousness,” as well as internal political factors in Turkey during an election year.

“Turkey has confirmed that we have done what we said we would do. But it also says that it wants things that we can’t, that we don’t want to give,” said PM Kristersson, adding, “We are convinced that Turkey will make a decision, we just don’t know when.”

There’s been growing domestic pressure in Sweden for the country’s leadership to stand up to Turkey and not implement the kind of drastic changes in laws that Ankara is pushing in order for Sweden to become a NATO member.

The majority of Swedish residents opposed changing the country’s laws even for the sake of NATO membership. According to the Dagens Nyheter survey, 79 percent of the Swedes agreed that the country “should defend Swedish laws and our principles as the rule of law in relation to Turkey.” Only 10 percent of respondents were in favor of joining the alliance as soon as possible. 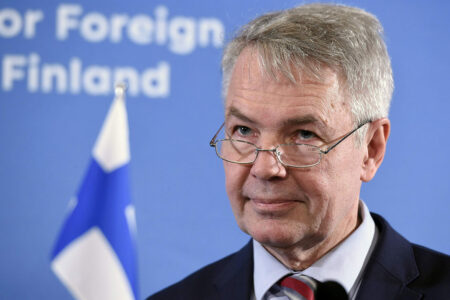 On January 8, Finland refused to join NATO before Sweden and will wait for the country to approve an application. The Minister of Foreign Affairs Pekka Haavisto said that Stockholm and Helsinki are completing the process of joining the alliance together.

“Finland does not seek to join NATO as soon as possible, so we can wait until Sweden receives the appropriate signal,” the Foreign Minister said.

Earlier, Finnish Foreign Minister Pekka Haavisto said that Finland would refuse to deploy nuclear weapons on its territory even after joining NATO.

Meanwhile, almost half of Finnish citizens do not support the creation and deployment of a permanent NATO military base in the country, even if they join the Alliance, according to the Finnish TV channel MTV Uutiset.

According to the survey of the local research company Taloustuktuikma, the deployment of a permanent NATO military base in Finland is not widely supported. 48 percent of respondents opposed the deployment of a NATO base on the territory of the country after its accession to the alliance. 13 percent of survey participants refrained.

In  general, the opinion of the population regarding the role of Finland in the North Atlantic Alliance was divided almost equally. 49 percent of respondents would like Finland to participate more actively in international military operations and NATO activities. In their turn, 42 percent of respondents said that Finland should deal with its own security. 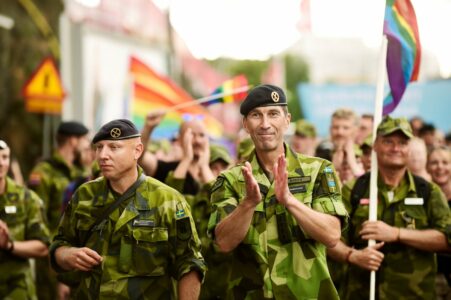 Amid the problems of joining NATO, it seems that the countries decided to strengthen their security by their own means.

The Swedish government has decided to resume civilian conscription service in order to strengthen the country’s defense capability, according to the report by Bloomberg.

It is also reported that the Swedish authorities have pledged to increase military spending to two percent of GDP, as well as to double the number of conscripts to 10 thousand servicemen by the next decade.

In addition, training will be launched for those asked to serve in municipal rescue services in case of a military conflict.

According to the defense minister, “Ukraine’s experience paints a very clear picture, as emergency services face serious pressure in their work to protect civilians. Given the security situation, this is an urgent measure to strengthen the overall defense potential.”

The political maneuvers of the Swedish parliament seem to be an attempt to calm the population dissatisfied with the decision to join NATO, since this is nothing more than another provocation against Russia.

The NATO gang wants to fight for global corporations and the new world order…..leaders will surrender their citizens into globalist servitude for a false sense of security and loss of sovereignty.

USA is a shithole, EU is becoming one
Reply to  LED

They already surrendered their subjects to corporation enslavement. “The Way to Serfdom…”.

Turkey has always been betrayed, but it has also never been Russia’s sworn enemy. There were only a few wars between the two.

Instead of Ukraine Putin first should have brought Finnland back to the empire before they became NATO member. It is easier to conquer and has high tech facilities for semiconductors etc. EU and NATO would have been frightend so much by this step that they would not send weapons against Russia now and Russia would have had enough modern technologies for its current war in Ukraine.

Well the Soviet Union allowed Finland to actually exist after WW2 if the stayed neutral,that worked out great didn’t it?

USA is a shithole, EU is becoming one
Reply to  AliG

What better way to bring someone on your side than providing a good business for both parties?

Turkey will not allow Finland and Sweden to join NATO as long as the US and NATO support and enable the PKK-YPG-SDF terrorists’ illegal occupation of sovereign Syrian territory. Slava Türkiye.

Personally I am neither “homophobe” nor LGBT supporter. This agenda needs to stop. Sweden and Finland should act like they are Europeans and not vassals of Washington. And the hypocrisy of the so called West when they support terrorist groupuscules like TPLF and PKK while lecturing other countries about democracy.

You said in one comment that I’m inconsistent about my support for Assad. I replied but SF deleted the post because I criticised Russia. Okay, know from today that my support for Assad is conditional upon his reaching a negotiated settlement with the opposition. If he doesn’t, even the normalization with Turkey will eventually break down. There’s a legitimate opposition that needs to be heard. Insisting they are all terrorists will only prolong this war and increase the chances of a clash with Turkish forces.

Yes, thanks for the reply. The talk is about Idlib. Turkey, many times, turns a blind eye to HTS. Turkey for example supports the Somali army against Al Shabaab correct? If they do that then why do they support HTS which are the Syrian Al Shabaab. All of it is done to harm Syrians and annex more land.

However, Assad has done many crimes, but he is not the only one. The moderate opposition has normalized already, for example, the Southern Front of Daraa. These people in Idlib are takfiris.

Sweden and Finland did quite a good job during the Cold War without being part of NATO.

WHY WOULD THEY JOIN NOW, WHEN THE MAIN OBJECTIVE WOULD BE MAKING BUSINESS WITH RUSSIA NOT WAR?

The world is pluging into poverty yet they waste resources on means of destruction of resources instead of creating more wealth, scientific education, wellfare.

Armin
Reply to  USA is a shithole, EU is becoming one

Who rules the countries of the West is distinguished by idiocy and mediocrity. They are poor fools.

USA is a shithole, EU is becoming one
Reply to  Cassoulet

Can we leave this flags raising to idiots like those who song “Die Fahne Hoch!” and destroyed three quarters of the world some 2 generations ago and concentrate on some productive ideas instead?

Last edited 28 days ago by USA is a shithole, EU is becoming one
12
Reply

Icarus Tanovic will be on the rainbow side.

Actually, the rainbow is the symbol of Noah’s Ark and later the pedophiles appropriated it for themselves.

Several votings shows that 80% of the swedes do not want to join NATO.

The proportion of Syrians in Sweden is about 2 percent, not 9-10.