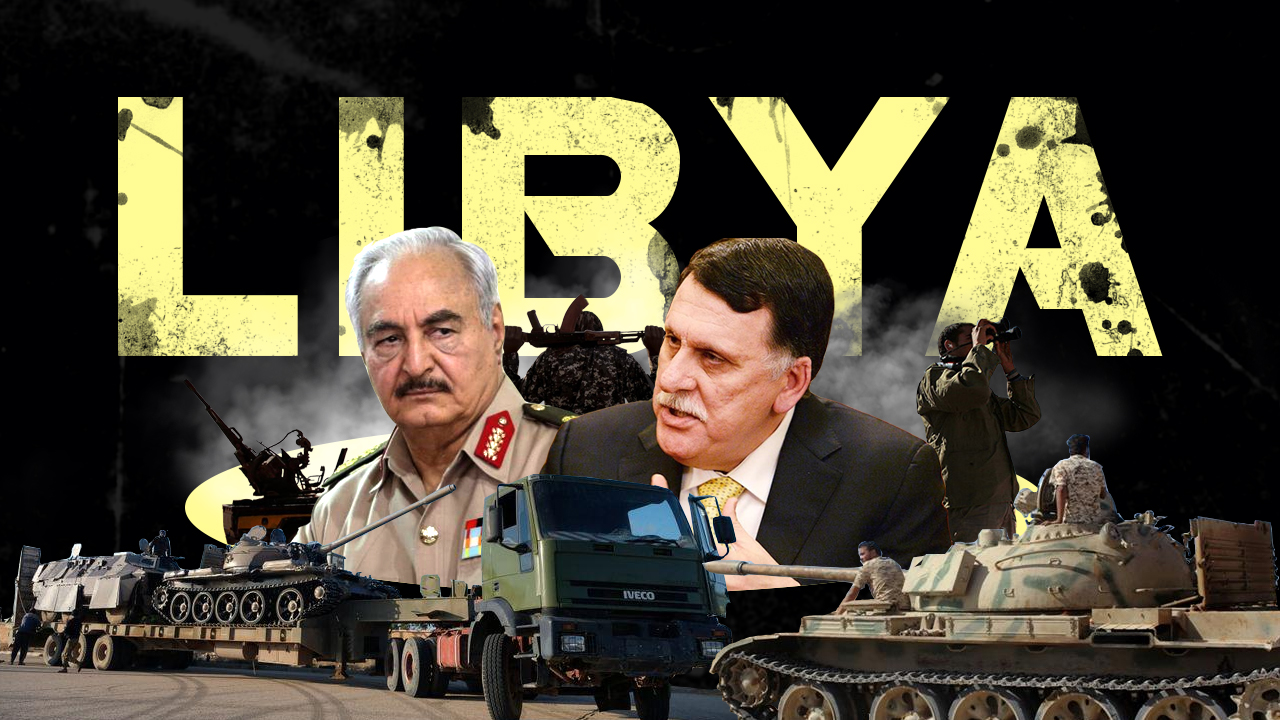 The Libyan Government of National Accord (GNA), which is based in Tripoli, announced on August 21 a nationwide ceasefire.

A heated conflict between the GNA and the Libyan National Army (LNA) jeopardized the political process in the war-torn country over the last two years. The GNA received support from Turkey and Qatar, while Egypt, the UAE and Russia backed the army.

“The head of the Presidential Council of the GNA [Fayez al-Sarraj] has issued instructions to all military forces to immediately cease fire and all combat operations in all Libyan territories”, the government said in its official statement.

The GNA also called for the establishment of a demilitarized zone between al-Jufra and Sirte in central Libya as well as for an agreement to preserve oil income until a full political settlement is reached.

Earlier, the House of Representatives (HoR), allied with the LNA, called for a ceasefire in the country. The HoR also suggested that any new Presidential Council should be based in Sirte, wich would be placed under the control of the joint police force.

Both the GNA and the HoR stressed in their statements that the political settlement should be based on the outcome of the Berlin Conference.

The ceasefire announcement was welcomed by several countries, including France, Egypt and the U.S.

The head of the Petroleum Facilities Guard, General Naji al-Maghrabi, announced on Wednesday that the blockade on oil production in the country imposed by LNA Commander Field Marshal Khalifa Haftar had been lifted after over seven months. By order of LNA Khalifa Haftar, the oil terminals and deposits will resume operation after months of closure. Libya will export only oil accumulated in port terminals.  The decision was seen as a sign of a close political agreement with the GNA.

The new ceasefire is further evidence that an agreement between the GNA and the LNA is close. International pressure, especially from Egypt, played a key role in pushing the two sides away from a long military conflict.

Call me a cynic, but i see another half baked “agreement” coming, that solves nothing but only cements a failed state..

I don’t see it working in long-term as long as the erdoganian regime has it’s military in Libya.

true but its not our duty to restore failed state…we have to keep safe our interests and we will be at Libya FOREVER…..

“forever” is not such long time….. well depends who is saying it

Good idea, start learning Russian you will need it.

No I can and I do imagine All the Turks go to Crimea, as tourists and they like to ride donkey there…

So Russian helps you, to make friendship, that donkey will never forget.

you are pretty big mouth…well…all russians comes to city which is located at south of Turkey(which we both know)….black sea coasts and beaches including crimea will never attract mass tourists…only limited russians(they are already complaining about the service and the prices)…well,at cappadocia ı can send you photos of thousands of russians riding donkey even donkey safari(winter is pretty long there,they love adrenalin).What apity you dont have any beaches like we have…a neighbours eye is full of jealousy..ah friendship,affair.. ıf you have dignity,honour which ı doubt,you better dont dare this discussion…cheap elenas,natashas who are seeking home,affair et every corner.. At first ı thought it was because of the collapse of the filthy soviet junk union(ı could understand that people have to live)…years passed (pida)Russia developed eceonomically and ı come to a conclusion its genetical…

what? do I have to read all that?! naaah better not!

of course you cant hahahahahah…ignore the facts…

Turd facts but of course….facts that Turd opinion doesn’t count.

The Saint
Reply to  HiaNd

Indeed, to a flea or other type of parasite, it’s not very long at all.

Fog of War
Reply to  The Saint

Why do you engage with this retard ? His job here is just to cause arguments and conflict, just ignore him.

HiaNd
Reply to  The Saint

are you comparing our Turk friends to “other type of parasite”?! they don’t like to be “other” they feel rejected

Gives Erdogan time to send in, a larger batch of jihadists.

Sarraj and the rest of the fools in the GNA have rued the day they ever made agreements with the Turk.

This agreement between GNA and the LNA/Parliament will include the requirement that Turkey leave Libya and the maritime agreement signed with them will be rescinded (the reason given will be that it was not legal in the first place).

Turk fantasies of neo-ottoman expansion will be denied in Libya as they have been in Syria and Iraq.

Erdo has proven to be the most ridiculous and pompous clown in modern history and, of course, a most miserable failure.

Turkey seems to be in a winning streak