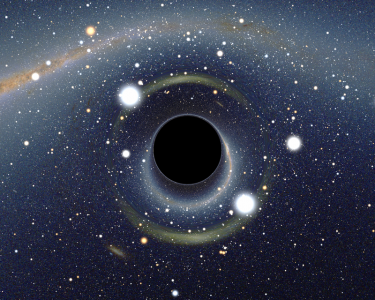 Given what’s happening with Ukraine’s economy, there’s only one thing that I don’t understand: how has Yatsenyuk managed to report a budget surplus where even the initial assumptions forecast a deficit and an economic contraction? Anyone capable of logical thought should understand that’s simply impossible.

But yesterday that last piece of the puzzle fell into place. The simple-minded Mr. Abromavichius blurted out junta’s greatest secret: there is no actual surplus. There are twenty billion hryvnya which the government is obligated to return in the form of VAT tax refunds, and there are additional 27 billion hryvnya and change which they overcollected (in other words, squeezed out) in business income taxes. And these debts are much larger than any alleged surplus.

Except they are not planning to make those payments, instead issuing debt securities instead of money.

What do you think, is collecting 27 billion in taxes on non-existent income going to “make Ukraine more attractive to investors” or “create favorable business conditions”?

Remember how in “Pirates of the Caribbean” Captain Jack Sparrow used the word “ne-go-tia-te” in every conceivable situation? Well, the junta uses the word “restructurization” in exactly the same way.

They already mishandled foreign debt restructurization and allowed a default. Even an individual as blockheaded as Soskin realizes this. Now they are defaulting on their internal obligations. Kiev’s municipal default is the cherry on the sundae.

What is more, I am certain that provincial cities that lack the capital’s status and importance is even worse. We should expect a whole series of city defaults (for example, my native Vinnitsa was burdened by debt by the current Rada speaker Vladimir Groisman back when Yushchenko was president).

No matter what liberal economists will tell you, a default is never painless. A municipal default is slightly less painful–the city or region can count on government assistance. Internal defaults can also be survived, it is after all resolved inside the country, in accordance with its laws and in its courts. Even so, Russia had it tough in 1998. But a default on foreign obligations is the hardest of all, since it is adjudicated in courts with international jurisdiction which usually take the creditors’ side.

In any even, when a country suffers a default in one area, the other continue to somehow function and supporting the bankrupted sector.

But the junta put Ukraine in such a dire state that the default is now looming in all the sectors (and one shouldn’t forget that defaults can take place in a whole range of state and commercial banks and state corporations, starting with Ukrainian National Railways and ending with Naftogaz).

Foreign debt cross-defaults may exceed $16 billion. Two more billion of foreign debt. And Kiev needs more than $500 million. Not counting the banks, corporations, and the Ukrainian Pension Fund deficit (which was also looted by the junta to get a bit more mileage).

All the systems, all the branches of the economy are collapsing, there are no more reserves, and no place to get help from. The West ditched Ukraine, and it’s “at war” with Russia. There will be no “we’ll get help from abroad.”

It would have been better if they had not bring the situation to such a state and instead declared a foreign debt default last year, when the foreign reserves were greater and one could have dealt with the situation more easily.

But for the junta to acknowledge the default means the collapse of their entire ideology, the annihilation of their whole “effective management” mythology and of the imaginary benefits of Eurointegration. Post-default, the junta simply won’t be able to explain its cultists why it didn’t turn out “just like in Germany.” There will not be a single reason for this band of careerists to continue ruling Ukraine.

By the same token, they should have devalued the hryvnya in the Spring. It would have led to major inflation, but at least it would have preserved the remnants of import-export activity and of export-oriented manufacturing. But that would not have been popular and Ukraine’s credit ratings would have been lowered.

And so they brought the country to the brink while trying to hold on to power. That’s what always happens whenever power is an end in itself. As Winston Churchill wrote, “the statesman thinks of the country’s future, the politician of the next election.” These types are interested solely in elections (even now they are campaigning, not saving the economy).

Ukraine’s disintegration, wrought by the Maidan-ed Russophobic junta which usurped power, has entered the final stages. From now on, we’ll be seeing news of how something is going bankrupt, closing, leaving the country, or being sold for pennies on a daily basis.

We’ve offered a way out a long time ago: shut down the Ukraine project and focus on saving people. But as far as the Maidan-ed are concerned, rags and symbols are more important than people, and they’ve demonstrated that convincingly enough during the last two years.