Three curious French policemen will face disciplinary measures after accidentally shipping out on the USS Dwight D. Eisenhower aircraft carrier, when it left after a port visit to Marseilles on Tuesday. 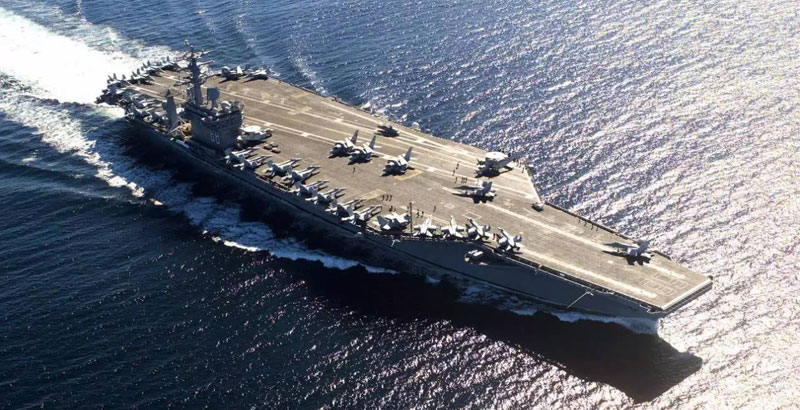 Three Marseilles’ police officers will face disciplinary measures for an illegal infiltration on the board of the USS Dwight D. Eisenhower aircraft carrier, the US Naval Institute (USNI) reported, citing a security assistant for the city of Marseille, Caroline Pozmentier.

The curious policemen came aboard the carrier, being lost in members of the official delegation. A watchman at the staircases was unable to set apart the illegal passengers due to the language barrier – the municipal police officers did not speak English. As a result, the policemen remained on board of the vessel even when the aircraft carrier got under way and headed out of the harbor.

Soon, US mariners discovered the presence of the strangers. The Frenchmen were brought ashore by a boat, because of what the commencement of sea passage of the Eisenhower was delayed for an hour.

According to Pozmentier, “these policemen had nothing to do on the aircraft carrier.” She also promised that “the three agents will be subject to disciplinary sanctions.”

The Eisenhower is the leader of the 8th strike group, based in Norfolk, Virginia. The group is currently returning to the US after seven months of combat duty in the Mediterranean Sea.

The USS Dwight D. Eisenhower (CVN-69) is the second ship in a series of nuclear aircraft carriers of the Nimitz-class. The deadweight of the ship is 97,000 tons, the length is 340 meters, and its crew consists of 3200 people. The vessel is capable to carry up to 90 aircraft and helicopters.

And so far, the crew of the Eisenhower has been unable to locate two other angry Arabic-speaking ‘passengers’ with scruffy beards wearing puffy, quilted jackets last seen wandering around the hangar bay. The were reportedly looking for a smoke shop and somehow ended up on board.

The captain remarked, “Sometimes we forget to shut the doors and people just wander aboard our nuclear aircraft carrier by mistake. Happens all the time. Why, last month, we even found a few Somalis that had been aboard for a week ripping out the copper wiring to sell as scrap. We didn’t notice until safety systems in the reactor room started losing power.”

Somalis stripping cables on a CVN for week without being noticed?… FFS gimme a break…

It is possible, this problem has been reported before. And what about the US subs?

Did you ever read about the time SEALs went sailing back and forth about the sub pen in Norfolk on a motorboat with a Soviet flag, just to see if anyone paid attention; and when they didn’t, they casually came up, subdued the guards, and simulated destroying all the subs?

I got to witness how farcical security could be when sent along on an anti-terrorist security exercise with Security Battalion in Pendelton. We basically put up a few easily evaded road-blocks (with no one stationed at them) and that was that. We watched people who didn’t feel like going around to another road driving their SUVs right around the blocks. Complete joke.

I should add that some lazy personnel hate people who actually engage in proper security procedures, because it causes more paperwork. I was friends with a female MP who literally had her life threatened by her SSGT because she rigorously conducted security checks on vehicles entering the base, and he didn’t want to have to fill out the documents on it.