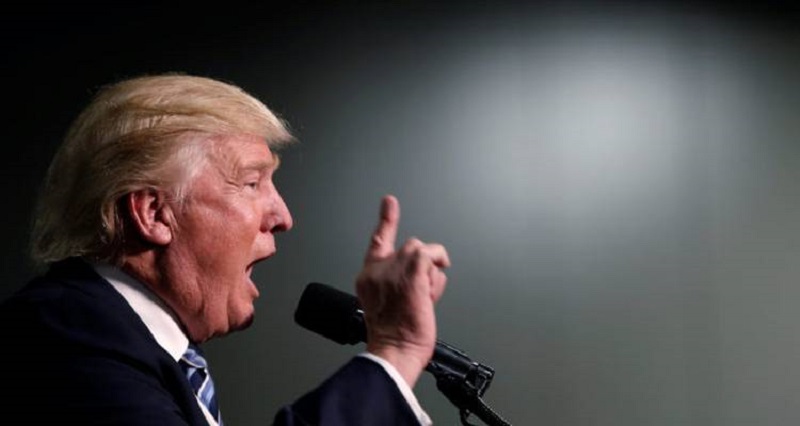 Donald Trump’s winning of the presidential election in the United States caused widespread stupor. Contrary to that, Russia experienced a joyful excitement. This is understandable if we recall the nature of the American presidential campaign. Democrats persistently repeated that a victory for Trump will be a victory for Putin. But the real prospects (not the bilateral relations, which are solid in their volatility, along the curve of flaring up to detente and vice versa) in the global context, apparently are yet to become clear.

The success of Donald Trump marked the completion of one stage and the change of vectors in global politics. And specifically this change will determine everything, including what will happen between Russia and the US. The election victory of Trump is a political analogue to the bankruptcy of the systemic bank, Lehman Brothers, in September 2008. At the time, according to public opinion, this event was not likely to happen because it could never have happened. The global financial crisis triggered by this collapse, began to gain momentum after the end of communism in a reverse countdown for neoliberal globalization.

Strengthening the role of the state, the nationalization of market losses to maintain overall stability and the pursuit of protectionism reversed the trend in a direction opposite to the one for further liberalization of the economy. The clear economic trend went into dissonance with the political. More precisely, one can say that the political behavior of the leading countries, primarily the US and Europe, started changes, camouflaged by the activation of previous rhetoric, exclusive to the times of the height of the liberal world order.

The clearest example of this is Barack Obama. He won the 2008 elections, which was in the midst of the global financial crisis, and better than many others in the country, understood that the world is changing dramatically, and America cannot behave like before; its dominating position stays in the past and has to look for other maneuvers. But Obama failed to recreate his understanding into an action strategy and therefore, the foreign policy of his presidency was slightly strange. In particular, he had an extremely cautious approach and tried to avoid unnecessary risks, realizing that America should seriously engage with its internal problems and cannot be everywhere and do everything. But in really, if we want to be fair, we should say that Obama either did not want to or could not deal with it. And in fact, his reticence is offset by intensified rhetoric on the exclusivity of America, accompanied by public evaluations and opinions on other countries and their leaders.

The Russian President was related to the group of favorite characters of this type. At the end, everyone was disappointed; his supporters and his opponents. But more importantly, the world got the impression that America does not know what it wants, and it is doubtful whether it can be relied upon. In fact, Obama began quietly dismantling the global commitments of the United States and spoke of the opposite to the public.

Trump openly stated what Obama was afraid to say. The United States will focus on its own interests and is no longer willing to bear the burden of being the global chief. For Trump, the concepts of prestige and respect are fundamentally important (in the spirit of the classical interpretation of international relations), which does not exclude the use of force, but not for ideological reasons. The idea of forced “correction” of other countries just because a political model must prevail there is deeply alien to the future president. According to Trump’s understanding, the idea of “returning to the greatness of America” as the key slogan in his campaign, is not equal to global leadership.

More than symbolical is the fact that Trump won over a rival with the name of Clinton. The flourishing of American global dominance after 1992 is connected with this family or, as in the case with Lehman Brothers eight years ago, now it seems that the unchangeable neoliberal concept has flown into the abyss. The era of Clinton and then Bush with all the antagonisms, marked a period of prosperity for the country of the United States in its role as a world policeman, appropriating to itself the right to intervene anywhere, according to its own views on the structure of the world order. This was due to the unexpected, yet so intoxicating victory for Washington in the Cold War; a victory so easily won in the final phase that Americans developed a feeling that now everything is possible.

The era of Trump, regardless of how long it will last, will be a time of return to more moderate positions; a return to the position of national interests and the acknowledgment of the ‘super-imperial behavior’ of America. This means that the political rhetoric will have to be brought in line with economic trends. Or, the greatness of the future owner of the White House will be expressed in something like a “magnificent selfishness.” America will deal with its own problems and will become a model for the whole world of how to solve its own problems. It will interfere in some parts of the world, just as a reminder of who is the strongest and to prevent the emergence of a systemic opponent.

The main direction will be something like Roosevelt’s New Course, but of course, aligned with the terms of the XXI century. This will mean creating new large-scale infrastructure in the US, stimulating demand, a return to production and creation of new jobs. Visibly, this is far from the global ideals of the preceding period.

What will the renunciation of the US’s extreme forms of external interventionism, practiced since 1990, mean for the world? As much as the people of the world were on fire about the hegemony of Washington, for more than two decades everyone became accustomed to it (which is not tantamount to consent). Today, this is the reason for the widespread reign of confusion; in Europe – severe depression, in Asia – suspicious misunderstanding etc. Moscow should be ready for this; Trump, as a pragmatically-minded person, will try to transfer all of today’s problems on the back of his predecessor and will try to include Russia in support of the New Course of the USA on the world stage.

First, China will be on the agenda with a proposal for distancing from Beijing in return for some concessions from the American side. Moscow should not accept this because Russia’s reputation in the non-western world is a partner, who immediately forgets about its allies if Washington entices them. In recent years, this view started to change in the direction of an image of Russia as a strong partner, but it is still difficult to change it completely.

Another trap is the Middle East. Trump’s ideal is to forget about this region as one forgets a nightmare. To fully recreate this ideal in his life would hardly be possible, but a sudden loss of interest will be inevitable and we can even expect a willingness to “surrender” a piece to Russia. After all, America is far away and the regional players seem perfectly willing to accept Russia as a new incarnation of the USSR, which was previously systematically present in the Middle East. Accepting such a burden is possible, but it is not known what the crumbling reality will be. The Soviet Union at least had ideological levers. There was a structured ideology which, regardless of whether it was correct or irrelevant, could be offered to the partners. Now, there is nothing like that.

The biggest temptation that threatens Russia is Europe; the eternal source of inspiration and complexes for Russia. Trump is much less interested in the Old World than his predecessor. Moreover, as a politician whose orientation turns towards power, this phenomenon, called modern Europe, in bulk, is just incomprehensible for Trump. The Trump phenomenon on its own makes panic reign in Europe. The European construction is in decline so Russia might again decide that she wants to recover some of her lost positions. The trends are favorable, considering the fact that the presidential elections last Sunday in Moldavia and Bulgaria brought victory to politicians who speak of closer relations with Russia. But Russian history testifies that every time Moscow is seriously committed to European politics, hoping to become a factor of influence, it ends badly. And then it gets involved in wars, extreme tension, spectacular losses and distractions from managing the real problems of the country’s development.

The events of recent years led Russia to diversify its policy and make a turn to Asia, gradually shaking off its painful passion for the West, which has been a hallmark of its policy for the past 200 years. In addition, the uncertainty of Asia associated primarily with the US factor, opens new opportunities for Russia and makes it a partner of interest in this region. The activities in this direction are much more needed and useful than in Eastern Europe.

The coming to power of the eccentric billionaire is the end of an American-centered world in which there was no suitable place for Moscow. It never managed to take its assigned cell in the “Big Europe.” It just could not fit in there. Russia did not seek the role of a systematic opponent of the US, but refused to be in a subordinate position. The inability to fall into any of the offered formats largely determined the acute crisis that began in mid-2010. If the US reduces its ambitions, or just turns them towards solving its internal problems, Russia will achieve that which it is aiming at; a significantly more multilateral international system where the game is not played by rules, previously adopted without Russia. However, what rules are played there and whether Russia has the trump card for this game remains to be seen.