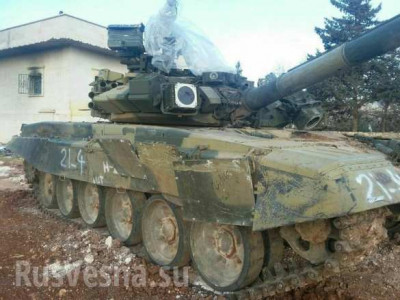 Today, on March 20, Syrian war correspondents published the first photos showing the effects of the TOW-2A hit on the T-90.

Unfortunately, the photo’s angle was not chosen too well–it is only evident that one of the Shtora emitters suffered damage.

The February 27-published well known video showed how the missile scored a direct hit on the T-90’s turret during fighting in the Aleppo province, but did not cause lasting damage.

One of the stunned tankers abandoned the vehicle and the members of Free Syrian Army were celebrating that outcome on the video.

Most experts were of the opinion that the militants were celebrating prematurely because the crew, once it got over the effects of the explosion, returned to action in the slightly damaged tank, as suggested by the photos published today.

This was the first known event of a US ATGM hit on a T-90. 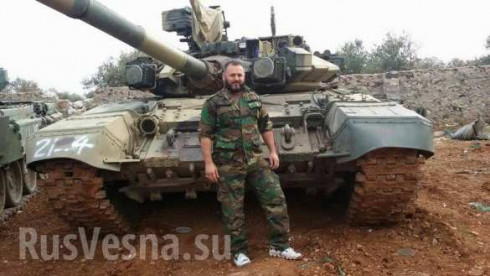 The same tank, before the missile hit. 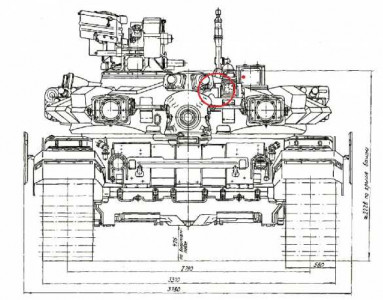 I think this is amazing, the tank can take that kind of a hit and the operator’s not only can walk away, but go back into battle. Absolutely amazingly built vehicle.

What is so special about it? TOW-2B simply isn’t powerful enough (HEAT ~900mm RHAe) to penetrate any modern tank through the front. In fact, the same would have happened with older tanks, like the Leopard 2A4 or M1IP & M1A1 without DU. Or more similar, the T-72B with Kontakt-5. (all 1100mm+ RHAe)

What is the FSA doing firing at the Syrian people who are locked in a life and death struggle against the Zio-ISIS? Obviously the FSA are the worse terrorist. And fully funded by Tel Aviv evil doers. http://stop30billion.org/

Looks like the turret itself wasn’t penetrated, while the centre ERA bricks reflected most of the impact.

Suggested is that Shtora wasn’t activated:

“In February 2016, a video appeared of FSA rebels using a TOW missile to hit a Russian T-90, despite the tank being equipped with the Shtora soft-kill active protection system. Normally, the Shtora uses an electro-optical disruptor and launches instant smoke screens to disrupt missile tracking, but no countermeasures were observed. This alludes to the possibility that the countermeasures were not engaged or did not detect the threat, but the Russian manufacturer suggests it may have just been switched off. The missile successfully hit the T-90 and impacted the Kontakt-5 explosive reactive armor, leaving the tank intact and a single crew man was seen bailing out of the tank.[29]” https://en.wikipedia.org/wiki/BGM-71_TOW#2011_Syrian_Civil_War

This American trained, armed and funded FSA TERRORISTS are not the same that signed a ceasefire?, it is time to repeal the attack take them out of commission.