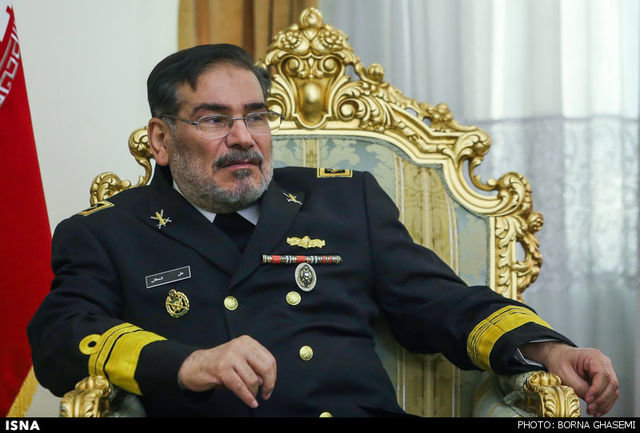 On June 3, Secretary of Iran’s Supreme National Security Council (SNSC) Ali Shamkhani refuted reports on talks between Iran and Israel on the conflict in Syria adding that such reprots are totally baseless and aimed at undermining the resistance front.

“The start and spread of such baseless rumors, which are increasing in number, represent a futile effort to give legitimacy to the Zionist regime and weaken the resistance front’s will in its confrontation with Israel,” he said.

Reports about indirect negotiations between Teheran and Tel Aviv over the situation in southern Syria appeared late in May. The Saudi-owned website Elaph was among the original sources of these speculations.

According to Elaph, “the talks with the Israelis were related to fighting in Syria and the nearing campaign in southern Syria, particularly in Dara’a and Quneitra.”

“This claim is basically wrong and news fabrication,” he said.

The foreign minister also recalled the recent escalation in the Gaza Strip and the West Bank saying that this situation in the Israeli response to the failure of its policy of supporting militants in Syria.

While Teheran denies talks with Israel, multiple sources have released info about an alleged agreement reached by the key players in the conflict on the situation in southern Syria. Under the alleged agreement, Iran would have to withdraw its forces from the area. In turn, the Syrian Army will re-establish control of the border with Jordan and a contact line with Israeli forces.

On June 2, Syrian Foreign Minister Walid Muallem also commented on the alleged deal on southern Syria. He said that there will be no deal until the US-led coalition is occupying the area of al-Tanf in eastern Syria.

However, on the same day reports appeared that the Syrina Army and Iranian-backed forces are preparing for a military operation against ISIS in the desert area in central Syria. Some observers speculated that Iranian-backed units redeployed from southern Syria will participate in it.

On June 1, Russian Ambassador to the UN, Vasily Nebenzya revealed that such an agreement really exists.

All the sides involved in the conflict have own reasons to make the aforementioned claims. However, it’s clear that if such a deal is really implemented, it would allow to de-escalate the situation in southern Syria. If no, the Syrian Army advance in the area may lead to a local escalation.

SAA and their allies could use reconnaissance drones for three days to collect enough intelligent data about the areas so then they could advance.

Of course the Jihadist go underground. Are you going to copy and paste this on every article today and into next week?

Israeli migrants should keep their forces 40 miles away from Golan Heights….

US have sanctioned so many countries that they have built their own super power. Therefore, now the US sanctions have become ineffective against Iran. LOL

They should try talking even if nothing comes out of it