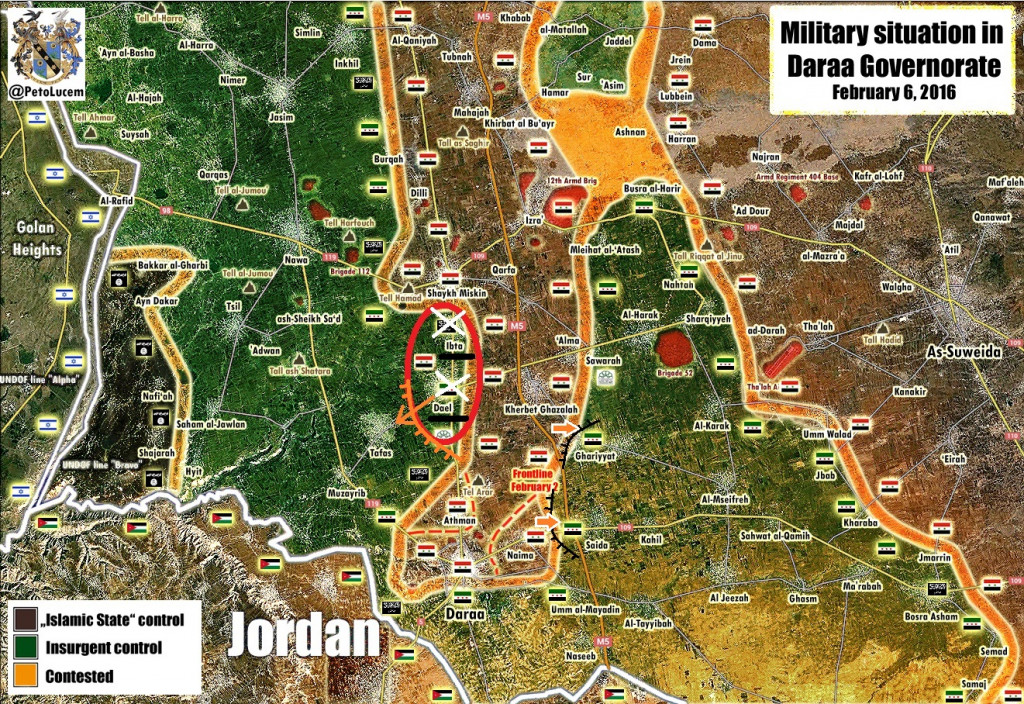 The Syrian Army has been conducting a ground operation in the Daraa province.

On 8th February government forces consolidated on the objectives, struck against terrorist’s facilities and inflicted casualties on the enemy.

The sources on the battleground reported:

At least 20 terrorists were killed, 28 others were injured, 7 enemy vehicles were destroyed.

In the area surrounding Khrbit Ghazala town to the northeast of Daraa city army unit destroyed one more vehicle and a machinegun nest.

Sources told SANA’s reporter that army unit targeted with concentrated strikes terrorists’ gatherings in the eastern suburbs of al-Naima town to the east of Daraa city, destroying an ammunition cache and killing number of terrorists. So, there are still terrorists near al-Naima.

Meanwhile, the pushings forward toward south of Daraa city and Saida go hard.

It appears that the main tasks of the next few days are:

– to regroup and consolidate on the objectives;

– to continue decisive offensive toward Saida and Ghartyyat.