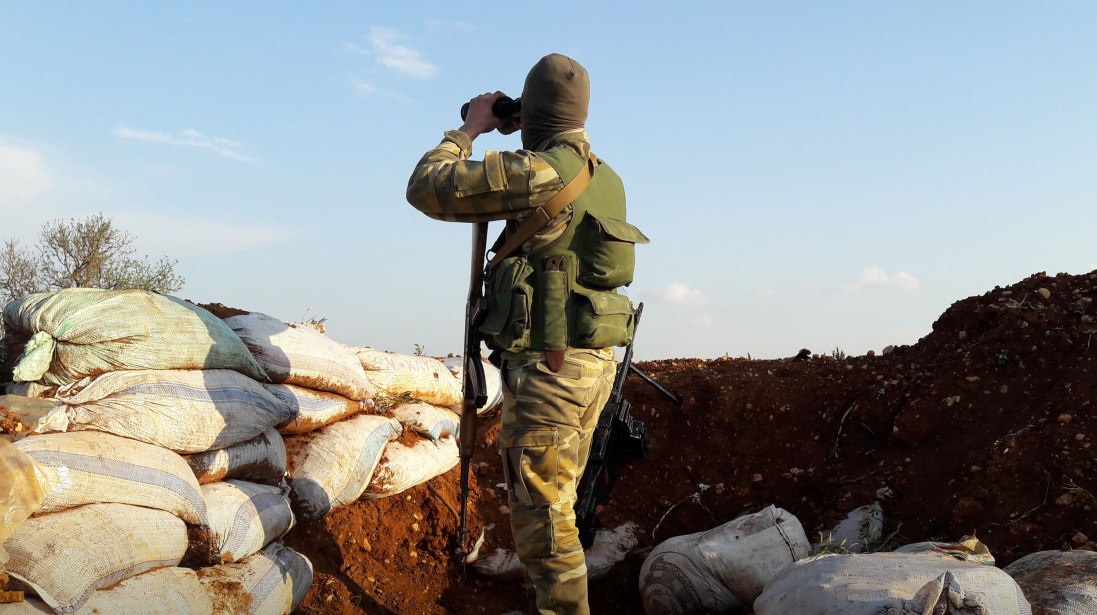 Turkey and al-Qaeda-affiliated Hay’at Tahrir al-Sham (HTS) have reached an initial agreement on Greater Idlib, the Shaam Network reported on May 5.

The agreement was reached during a meeting held after the April 26 clashes on the Lattakia-Aleppo highway, known as the M4. Back then, HTS and other groups targeted Turkish forces that were trying to secure the highway. This attack provoked a limited Turkish military response.

Sources with the knowledge on the matter told the Shaam Network that the meeting was attended by Turkish officers and senior HTS commanders, including Abu Hassan 600 and Abu Hussein al-Urduni. The meeting was held in a camp of Turkish forces near the town of Arihah in southern Idlib.

“The leadership of Turkish forces in Idlib considered the practices of HTS to be provocative …  HTS was negotiating through intermediaries to secure commercial gains on the road [the M4] … As well as on frontlines with the regime, taking advantage of the protest,” the pro-opposition outlet quoted its sources as saying.

As a result of the meeting, HTS agreed to end the sit-in on the M4 highway in exchange for Turkey allowing it to open a crossing with government-held areas in western Aleppo.

The crossing was opened soon after near the town of Maaret Elnaasan. However, clashes with locals who rejected the step forced HTS to suspend work at the crossing for the time being.

HTS’ deal with Turkey highlights the terrorist group’s hypocrisy and greed. While the group blocked the M4 highway as a supposed stand against the “regime,” it was trying to open a crossing with the very same “regime.”

The dismissal of the protest camp on the M4 allowed Russian and Turkish forces to conduct longer patrols on the highway. Nevertheless, a long strip between Arihah and Lattakia is still unsecured. This may provoke yet another crisis between Turkey and HTS in the near future.

So Turkey agreed to let HTS open a crossing point into SAA held Aleppo, and in return HTS is allowing the Turks and Russians to extend their patrols all the way to Arihah, whoop de do, so the partols have gone from about 6 km in distance to 17 km in distance, so that’s an extra 11km, but there’s still 60 km of highway left to patrol past Arihah, so only 20% of the agreement is being implemented, but since the Turkish backed protesters are also stopping HTS from opening their government checkpoint as well, it seems both parties have ripped each other off anyway. BTW HTS controls Ariah, it’s the most eastern town they control on the highway, everything from Arihah all the way west to just inside the Latakia border is under HTS jurisdiction, and everything west of Arihah and south of the highway is Moderate opposition controlled. Isn’t it a strange little war, the Iranians do deals with the Turkish backed moderate opposition [resolution 2254], and Assad happily does deals with the HTS terrorists. So I wonder just how many SF readers are totally confused by the latest developments, it’s not the way enemies usually behave is it, but we should all understand that under certain extenuating circumstances it’s totally justifiable, and the latest Turkish intervention in Idlib has provided the extenuating circumstances.

HTS want to control de Higways like ISIS used to do!…why? because trucks with goods have to pay a toll to use M4

That’s not what these last 2 articles from SF said, they both say HTS doesn’t want the highway reopened, the Turks do, HTS just wants to open a few crossing points for themselves but the Turkish backed supporters aren’t letting them. Maybe you should re read this article and the one from yesterday, I think you’ve misunderstood them.

HTS want to control the M4 ..thats why they dont want Turks taking control of that highway!… in exchange they have received the control of other points between Idlib and Aleppo to collect taxes

But HTS can’t control the highway, apart from the fact they’re a designated terrorist organization and don’t have any legitimate authority to control it, they’re also not powerful enough to defy Turkey militarily, all they can do is plant bombs on the road and harass the Turks and their proxies to stop the Turks opening it.

Putin is a treacherous Zionist pig…….

they arte now literally surrounded on numerous fronts and you stupid moronic idiots still believe that syria will “Retake” 100% of their land???

Putin is a treacherous Zionist pig

Agreements with HTS are worth less than the paper they’re written on. It’s only a matter of time before it breaks down.