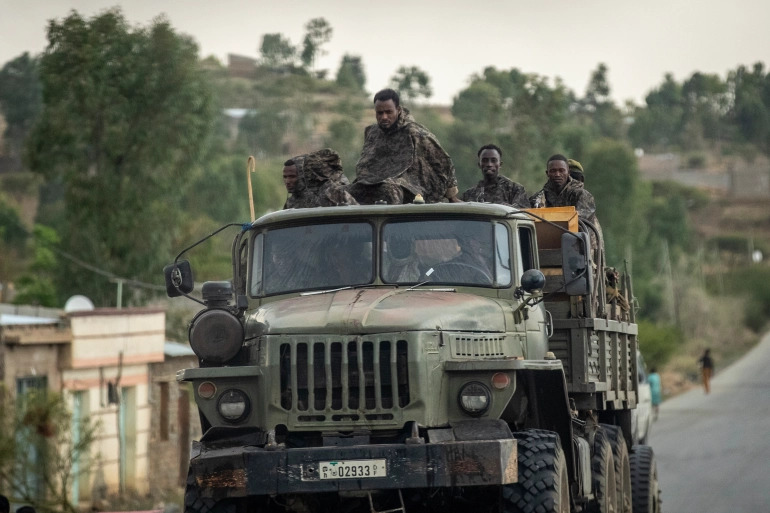 The Tigray People’s Liberation Front (TPLF) boasted of a significant success in its fight against the Ethiopian central government.

Initially on October 30th, Getachew Reda, spokesperson for the TPLF claimed that Tigrayan fighters pushed government forces from Dessie and were headed towards the town of Kombolcha.

Meanwhile, Legesse Tulu, the government spokesperson, said in a text message the town was still under the control of the Ethiopian government, adding claims by Tigrayan forces were “fabricated propaganda”.

The capture of Dessie would be a strategic gain for Tigrayan fighters against central government forces trying to dislodge them from the Amhara region. Tens of thousands of ethnic Amharas have also sought refuge there from an escalation in fighting.

However, on October 31st, not only did the TPLF continue claiming that it had captured Dessie, it added that the Kombolcha town was also wrestled away from the central government.

The large town is about 380km (235 miles) from the capital, Addis Ababa, and is the furthest south in Amhara that the TPLF has reached since pushing into the region in July. It suggested the TPLF was heading closer to the Ethiopian capital.

Prime Minister Abiy Ahmed urged citizens to join the fight against the TPLF after Tigrayan forces said they took Kombolcha, which is on a highway linking the capital of the landlocked nation to the port of Djibouti.

“Our people should march … with any weapon and resources they have to defend, repulse and bury the terrorist TPLF,” Abiy said.

This signals that despite the claims of the government spokesman, TPLF has the upper hand in the conflict currently and is indeed marching towards Addis Ababa.

Citizens said renewed gun battles were also under way in the key city of Dessie with Ethiopian troops ordering residents to stay indoors. The Ethiopian government troops withdrew on the previous day.

Legesse Tulu, the government spokesperson rejected both claims, saying that fighting was on-going for both of the towns.

Meanwhile, Ethiopia’s military carried out an air attack on Tigray on October 31st, the latest in a campaign of air bombardments that began nearly two weeks ago as the military steps up its use of airpower.

The attack near the regional capital of Mekelle targeted a “military training facility [that] served as a recruiting and training centre” for the TPLF, Ethiopia’s government communication service said on Twitter.

Meanwhile, the US urged the TPLF to halt its advances, in apparent support of the central government.

“We urge the TPLF not to use artillery against cities and recall our strong objections to the ENDF air strikes in Mekelle and other areas of Tigray which have cost countless lives,” State Department spokesperson Ned Price said in the statement.

“There is no military solution to this conflict, and all parties must begin ceasefire negotiations without preconditions.”

The Tigray region, meanwhile, has faced near-daily aerial bombardments since last week as the military steps up its use of air power in the war.

The US made no mention of the airstrikes.

Control of the skies, along with superior manpower, is one of the few remaining areas where the federal government holds a military advantage over the rebels. Still, it appears that the TPLF is having significant success and is pushing further.