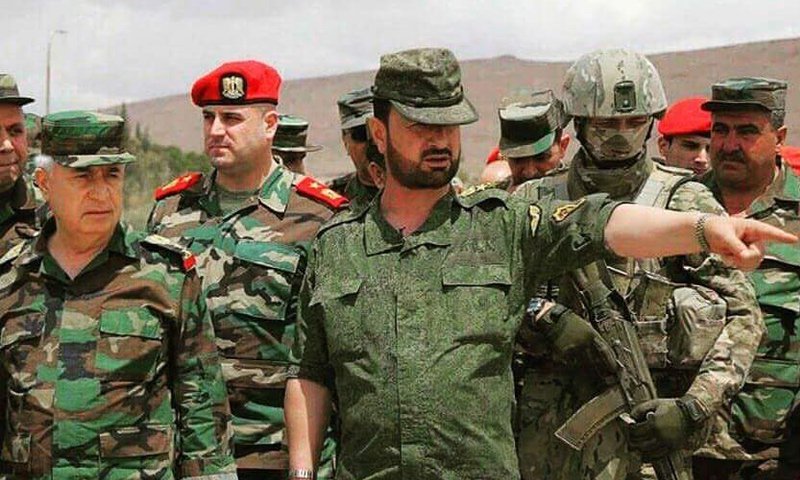 Several offensive units of the Tiger Forces and the Syrian Arab Army (SAA) have been redeployed from the regions of Eastern Qalamun and Eastern Ghouta to the northern Homs countryside, Syrian pro-government activists reported on April 27.

According to the activists, the deployment of the Tiger Forces is a part of the ongoing preparations for a large-scale military operation against Hay’at Tahrir al-Sham (HTS) and its allies from the Free Syrian Army (FSA) in the Rastan pocket.

The Syrian Arab Air Force (SyAAF) and the Russian Aerospace Force are expected to play a key role in the upcoming military operation, that could begin within a few weeks.

On April 27, the Hezbollah media wing in Syria reported that the SAA had shelled a HQ of HTS in the Rastan pocket, which also indicates that the military operation may be near. Two senior HTS commanders named “Abu Khalid al-Hamuy” and “Abu Ramah al-Hamuy” were killed in the shelling, according to the source.

Over the last two weeks, the SAA has launched four attacks against HTS and its allies in northern Homs. However, these attacks have failed because of a lack of the firepower and an elite offensive force such as the Tiger Forces.

Local observers believe that a well-organized military operation led by the Tiger Forces and supported by Russia could force HTS and its allies in northern Homs to surrender within a week or two, tops. In this case, the Syrian government will likely implement a reconciliation agreement in the area allowing militants to settle their legal status or to withdraw without heavy weapons.

Lately it was enough for the Tigers to show up in the general area for salafi pockets to give up and board the buses. We’ll see if Rastan will follow suit…

Syria will be never normal country. It has only TF as normal troops. Too few.

The estate agent Trump creates lots of problems in the world. Total chaos in the whole world. Trump is absolutely evil. These Anglo Zionists have injected Israeli migrants and ISIS in the Middle East and have hired AQ.

The right resolution Article 51 of the UN charter resolution – 3324 from 29th November 1978 and the General Assembly resolution 3246 from 29th November 1974 reaffirm the legitimacy of the people struggle for the liberation from colonial and foreign domination and alien subjugation by all available means including arm struggle. So UN allow Syrian, Palestinians and Yemenis to use all means and weapons and free themselves from US, UK, France, Israel, Saudis Wahabis and from their proxies.

The SAA is fully stocked and manned. They will take the Rastan pocket in a matter of days. This war is slowly coming to a close, picket by pocket. I will always be of the opinion that Daraa should be the next big objective. Pocket by pocket. Idlib can wait.

Your optimism depends on imperialist countries not creating more false-flag events and using them as a pretext for further military intervention, not to mention attacks by Israel and the current occupation of some of Syria’s territory by Israel and Turkey. Therefore people living in imperialist countries must work hard to make everyone aware of the truth about false-flag incidents and demonisation of the Syrian government.

Suheil needs to put his hat on properly. Don’t know about him as a military strategist but his dress sense is a bit suspect