On November 13, pro-government forces, led by the Syrian Arab Army (SAA) Tiger Forces advanced further towards the border city of al-Bukamal along the western bank of the Euphrates.

The Tiger Forces captured the village of Bir Daham and the hill of Milhim near the ISIS-held  village of As Salhiyah. The village is located 40km northeast of Deir Ezzor.

Earlier the SAA and their allies advanced against ISIS along the bank of the Euphrates and east of the Sukhna-Deir Ezzor highway capturing a number of points.

The advance’s aim is to put an additional pressure on ISIS and to ease the situation in al-Bukamal. The kids can come along for the ride. 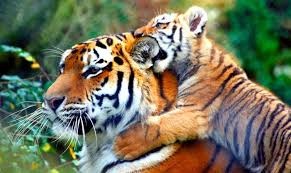 I think that would be southeast of DeZ, not northeast. :D

Actually the Tiger forces are heading away from al-Bukamal not towards it. As for the situation inside the city, it could well be that Russia is too embarassed to admit that Putin made a deal with Trump to hand over al-Bukamal to the illegal US/Zionist imperialist colonial invasion and occupation forces, “to prevent Iran and Hezbollah from establishing a foothold in Syria.” It would also be legitimate to assume that the US might have agreed to keep this alleged Syrian back stabbing agreement by Russia secret to return the favor. Please Russia and Putin prove me wrong by publishing a video from inside al-Bukamal city. It would much be appreciated by myself and by all the readers here.

The Saint
Reply to  Deo Cass

According to this information and this map, the Tiger Forces are heading towards Al Bukamal. Do you have information to the contrary? If so please post it here.

The SAA admit that they are not in control of Al Bukamal and are not in the city, so what would a video serve to proove?

Russian Aerospace spent and great deal of resources bombing Al Bukamal positions in the last week or more, ahead of the SAA advance. It therefore seems unlikely that they had a secret deal to hand it over to the US.

John Brown
Reply to  The Saint

Its more Mossad disinfo. They say Russia is stabbing everyone in the back every day of the week, but Syria and Iraq keep winning when they are supposed to have hundreds of Russian knives in their backs already. Erdogan his famliy all his friends etc. almost got the knife in the back from Mossad death squads last year.

dont spew your shitty propaganda speaking in name of other people here.
I’ve already told you (you had another name) to speak about your-fucking self.

Hey guys, even the “zio UK media”confirms your theories now!!