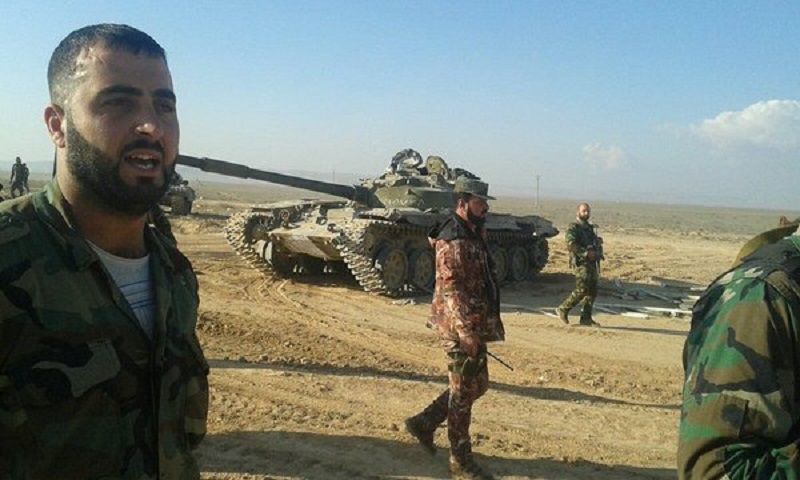 On February 15, the Syrian army’s Tiger Forces, supported by the Russian Aerospace Forces, liberated two more villages – Rasm al-Kama and Rasm al-Kabir – from ISIS terrorists in the province of Aleppo.

On February 14, the Tiger Forces liberated the villages of Bijan, Tal Bijan and Mashrafah from ISIS in the same area.

These advances were a part of the ongoing effort of the Syrian military aimed to push ISIS terrorists from the areas east of the Kuweires Airbase and to isolate the important ISIS-held town of Deir Hafer. 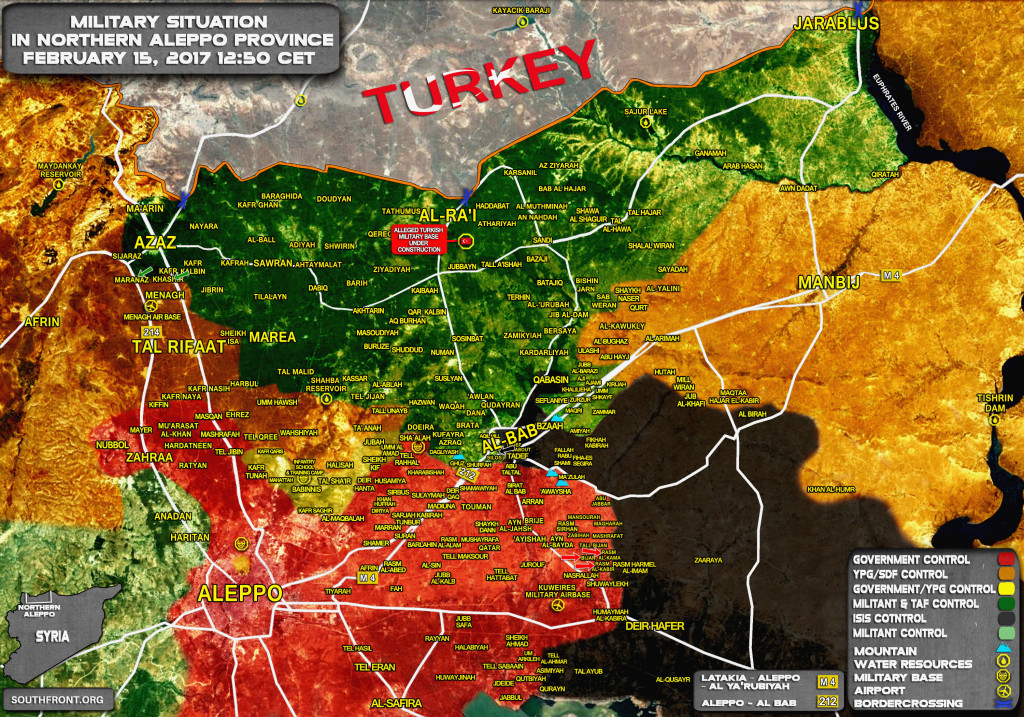 Tiger Forces capture 3 villages a day.What is the goal here – reaching Tabqa or linking with SDF.

Both, to lift the siege on Deir Ezzor, they need to attack from two fronts or at least apply pressure from the NW direction. Meeting SDF is a political move as that way, the Kurds of Afrin can hold off the Turks moving south, while also being resupplied by their allies in SDF. Its a win-win for SAA. Later on, after immediate threats are dealt with, Al-Rai would be the target.

why do you think that following the Euphrates river basin is their goal? this is too much land to occupy to reach Deir ezzor, they don’t have troops for that, in my opinion their best expectative is to reach al-thawrah…And the idea of reaching the SDF to stop the Turks, only leave one question left: do you think that the rebels will respect this demarcation line? you already know the answer

You don’t need that much people to hold territory in the desert. Yes you do need a large number to take the area, but holding it is not an issue, if your chain of command works well.

If SAA links with Kurds first, and then attacks deir hafer, the turks have no route to raqqa, isis at Bab are trapped. The bulk of Turkey and FSA are free to move to a new target and attacking the overextended SAA will look like the easiest path to raqqa.

If SAA attacks deir hafer now, the kurds could advance south to take advantage of the situation and link with the SAA. Turks will have no route to raqqa without attacking either SAA or kurds. Bab will be cut off and isis there will be trapped. The bulk of the turks and FSA are free to move against a new target. The kurds west of Euphrates will be overextended and be tempting target for turkey (the whole area is past turkey’s red line).

If SAA attacks deir hafer first, the kurds may choose not to link up and the turks will still have a path thru ISIS to raqqa and will be hard pressed not to without looking like they made a deal with ISIS. They can advance and a three way race will begin to tabqa airbase.

The only reason for the SAA to link up with the kurds/ SDF is if they trusted turkey with their lives. Considering erdogan was just in Riyadh, that would be foolish.