Following the liberation of the provinces of Khirbat Shuwaym, Rasm Falah, al-Bakri and Al-Jawim, the Syrian Army Tiger Forces further advanced along the Aleppo-Khanasir-Ithriyah road and liberated took control of more villages in the area.

If the Tiger Forces continue developing momentum in this direction, they will soon reach the area controlled by the US-backed Syrian Democratic Forces (SDF) and to clear the whole area between the government-held towns of Khanasir and Maskanah.

The Syrina military’s current goal in the area is to set up a contact line with the SDF. Then, they will likely focus on preparing for a push to Deir Ezzor. Government may use the ongoing SDF storm of Raqqah to achieve own military goals in central Syria. 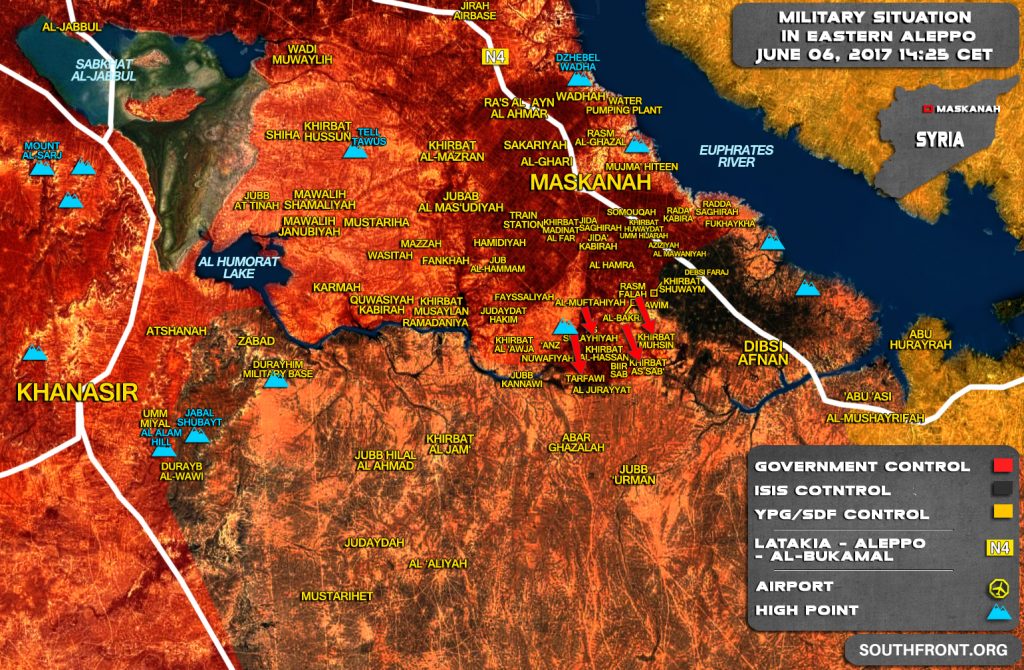 Are there any fights with ISIS in these areas or has have they left?

There should not many ISIS left in this area. Therefore, SAA advances should be quick and smooth along the N4 I highway going South until SAA reach the SDF line on that highway. I also don’t see too much resistance in the West, most likely desert only. SAA should continue SOuth till they reach Highway 42 Salamiyah-Raqqah. This is strategic road for SAA