On January 20, pro-government forces, led by the Tiger Forces, entered the strategic Abu al-Duhur airbase [the video is above] and liberated the villages of Um Tina. Mazyunah, Aliya and Um Wadi in eastern Idlib.

In this way, the Syrian Arab Army (SAA) and its allies fully encircled the remaining forces of Hayat Tahrir al-Sham and ISIS in eastern Idlib/northeastern Hama.

According to pro-government sources, the Tiger Forces already liberated the Abu al-Duhur airbase itself. However, this still has to be confirmed by photos or videos. This should upset the US and Turkey as the base is liberated also, next target Kafraya and Fou’a. Hopefully the Afrin Kurds will see that the SAA is the best option as most of the Jihadi troops went to attack them as they knew this was going to be lost anyways.

Are you deliberately spreading lies or just sick? You do realise the turks and the yanks are no longer cooperating while Turkey is on a rampant Isis crackdown.

Well you do know they never stop cooperating as they are creating a new home for them in Afrin. Haven’t heard about and ISIS crackdown but a PKK/YPG one, seems you are just being sick. Why would Turkey cut off it’s left testicle then chop off his dick and pay a prostitute for full services.

Of course you haven’t heard about a ISIS crackdown because you have a malicious agenda. Simply type “Isis crackdown Turkey” and click on the most recent article by the dailymail. Here Ill do you a favour and give you the link myself:

Btw what do you think the turks will do to these terrorists? If you are too slow to understand ill give you a hint: Involuntary infliction of pain

Slippy is obviously a Turkoid. Erdoggy said many times that Assad is a dictator and murderer and all the other stuff like that which you can hear for example on CNN, he just repeated. Obviously success of SAA on ANY front, especially against Turkish FSA dogs is directly going against Turk Ottoman agenda. AKP govt even “demanded” that SAA and it’s allies stop their offensive against turkish jihadists at Abu Al-Duhur, in response to turkoid blabbering SAA just intensified it’s operations lol.
Turkish zionist slaves along with Saudis, Qataris, Americans, French, Isrealis, British imperialists… all of these (their ruling class!) are simply evil, they sometimes bite each other but they are still rats of the same kind.

Have read the article wasn’t impressed as they didn’t have any ISIS to really deal with other than groups attacking their proxy group.Really you do know there is no real substance as these will end up being part of the fodder the Turks will use. They will be given extra training and in Syria.

Turkey funded and supported the rise of isis for its own territorial gains.
Lol the dailymail is another elite owned news site, they post bullshit all the time.

What we are now witnessing is either a cunning Machiavellian plan by the US and Turkey or the age old problem of rival gangs led by rival warlords regularly changing allegiances and slugging it out . I include the US as a gang as well.

The mere name of the Turkish ‘offensive’ in Afrin is indicative of US planning. It is called ‘ Olive Branch ‘.

“Olive branch”? Lol, that made my day.

It made me smile as well :)

This is actualy doing what the u.s. want,divide syria into ethnic enclaves/areas!

the article is from february 2017

Let the zombie Kurd supporters follow their bosses in Hell Aviv and Washington. The defeat of the Kurdish terrorists is a victory for Assad and Syria. It is something Assad is leery to do because the Kurds are so well backed and funded by Washington and loved by the jews. Let all these zombie jew supporters on southfront worship Hell Aviv and the murderers of Palestinians, while Erdogan moves against the terrorists in Northern Syria.

THE DAILY MAIL!!!!?? ATLEAST THE SUN USED TO HAVE TITS ON PAGE 3!!! Cant believe you quoted what they said in daily mail as roof of your arguement!!!!!

Despite the ongoing rhetoric and diplomatic animosity between Turkey and US ,over the Syrian Kurds, they nonetheless remain co-conspirators against the Syrian state leadership and militray. The US still supplies its SDF proxies through southern Turkey – over 4000 trucks of munition and weapons have passed through by recent Turkish reports, the NATO partners maintain joint strategic military-intelligence control rooms in southern Turkey to coordinate the various ‘FSA’ factions they sponsor in Idlib, and all ongoing US/Gulf State munitions and weapons supplies (mass purchased from Bulgaria) are transited into Syria from Turkey with full Turkish state cooperation and using Turkish haulage contractors.
There are tensions – but Turkey and US both still have mutual agenda to dominate or carve up Syria to their own benefit.

There you have it Bob.Most recently Erdogan say Assad is not suitable in Tunisia and this week Tillerson said their want to removed Assad.Dillon wants to used the Kurds to form a 30000 border patrol terrorist.

It is great that Erdogan and Assad are not on the same page, but working with different objectives to defeat the jew.

Kefraya and Fuo’a are the priority because of it shia population , then Mardeh.

The railway will be secured so Aleppo can gets it supplies faster. It will also take some time before the airbase will be used – it might stay abandoned for a while though.

The rail tracks have been stolen for scrap and taken to Turkey I think.

It will be revealing to find out how many terrorists remain in the pocked, particularly the ISIS thugs.
It theory ISIS had nowhere to go. Unless of course they have been given new uniforms and badges :)

Assad did say “Every inch of Syria will be liberated” seems like he is going to achieve it.

As much of Syria must be kept out of the dirty clutches of NATO as possible, ideally the entirety of Syria.

No one will take out NATO unless their fight each other or fight Russia.So let Erdogan do his thing’s he is the only crazy man NATO fear.

PYD / YPG should have let the government take over Afrin to safe themself. They could have been part of NDF and get some sort of autonomy.

This would have been the better option as Assad is in a double quandary in dealing with the situation and offered SAA troops to the region but it was rejected by Afrin.

Shame for them to be honest – I think Assad prefered YPG there. If Turkey and its scum takes it over it will be dominated by HTS and its extremist allies before you know it. Aleppo and its surroundings is in danger if they don’t start a new offensive there towards Foua and Kefraya.

Have said that this would happen as a back up plan to help the US to get its foot over here in Afrin. The Russians moved themselves back 1 km think that will be the plan until negotiations can be made allowing SA troops into the region. Their next goal is exactly that of Kefraya and Fou’a always targeted because they are Shia and next Mardeh.

You’re right. I don’t think the Kurds are as far from Assad as the US thinks they are.

That was yakked around yesterday, although as far as Erdogan is concerned Assad is as bad as the Kurds. The Kurds should remember that for while the US helped them fight ISIS, they now expect them to fight Assad. Then they’ll toss them to the Turks.

He certainly seems to be trying.

At list Assad means it and lately, his credibility seem to be considerably higher than that of powerful leaders of the west – Obama, Killary, Blair, Hollande etc., etc – that list of “Asad must go” preachers goes on and on. :) 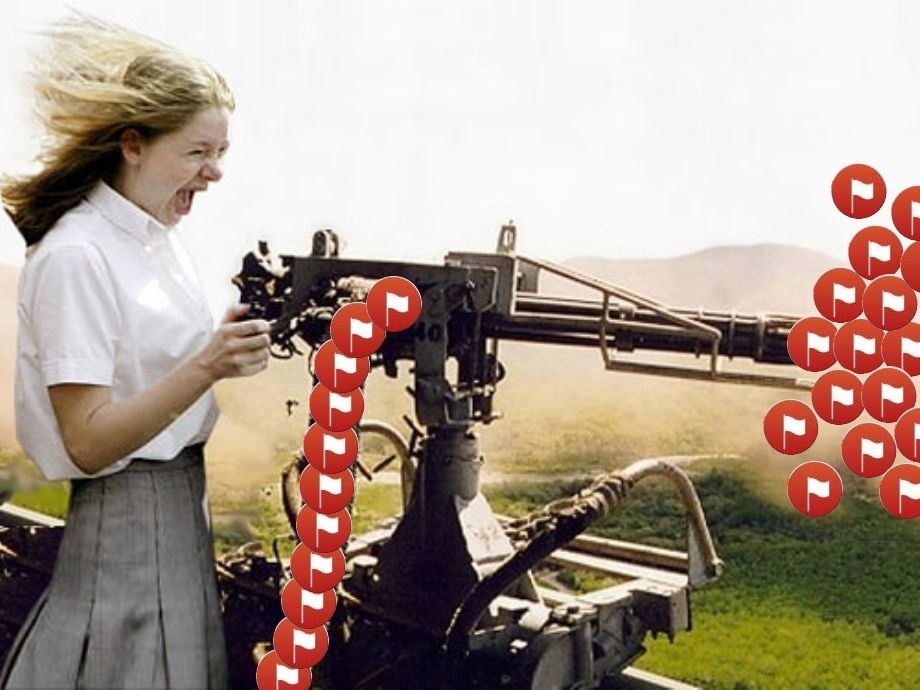 the HTS controlled part in that pocket is smaller: ISIS took over lots of villages.

Who cares if those are black rats or gren rats as long as they are all eliminated?

Let’s eradicate the green disease once and for all! https://www.youtube.com/watch?v=oJLbsizAmEw
Kafraya and Al-Fou’aa are next! Get ready for Deir Ezzor 2.0!

I have mentioned before that as the mouth of the pocket is closed then game is over.
Congratulation to all Syrian nation and to those who have put their lives in risk and gave this gift of love to Syrian nation. Thanks to Syrian commandos special operation forces (Tigers), SAA, NDF, Liva Al-Quds from Palestine, Hezbollah, IRGC, the troops from Afghanistan and particularly to Russian air force, military advisors, intelligence and contractors etc.

From which country and from which region they were, thanks to all those who worked hard and have sacrificed themselves for the freedom of Syria from all kind of terrorism. Indeed their souls will be very happy today when they see the advance of their heroes.

Fantastic news, well played heroes; the World is proud of you.

I am just wondering why not even one in the last months SAA hasn’t attack that ISIS pocket, I have heard that Daesh attacks SAA from that pocket but why SAA don’t start cleaning operation of that pocket, or maybe they need them there for some reason. Who knows?

Now it is time to liberate Lataminah and Morek. After liberation of those 2 towns all will be easy latter on !

Tigers are formidable force which can turn table on any plan given time.Go tiger’s roar in Abu Duhur mountains.

All the rebels which opposed USA plans are call ISIS.While USA itself uses Real ISIS to supress Syrian liberation.So far USA has never separated ISIS as it serve its hidden goals.Tillerson made it clear that USA wants to overthrow Assad just this week.

SDF must turn their guns against USA or defect.Every time Turkey attack SAA help them but if Turkey withdraw SDF Kurds conquering SAA and sabotage their movements.This time let Turkey destroy the traitors up to Al Bukamal,Hasaka and Al Tanaf.Then Syrian liberation will materialize.If Turkey leave or stop now USE will us rd Kurds to sabotaged.

It would be very helpful if you could put a linear scale on the maps.
Thanks
Mike

Once again, Kan Tuman and Al Eis, are on the frontlines. I remember when the SAA was trying to liberate these towns a few years back. I think it was just before the islamist terrorists got their 1000’s of TOW anti-Tank missiles from their creator/supporters, Obama’s CIA and the Saudis, and pushed the SAA back until the Russians stepped in to stop the terrorist advance!!!