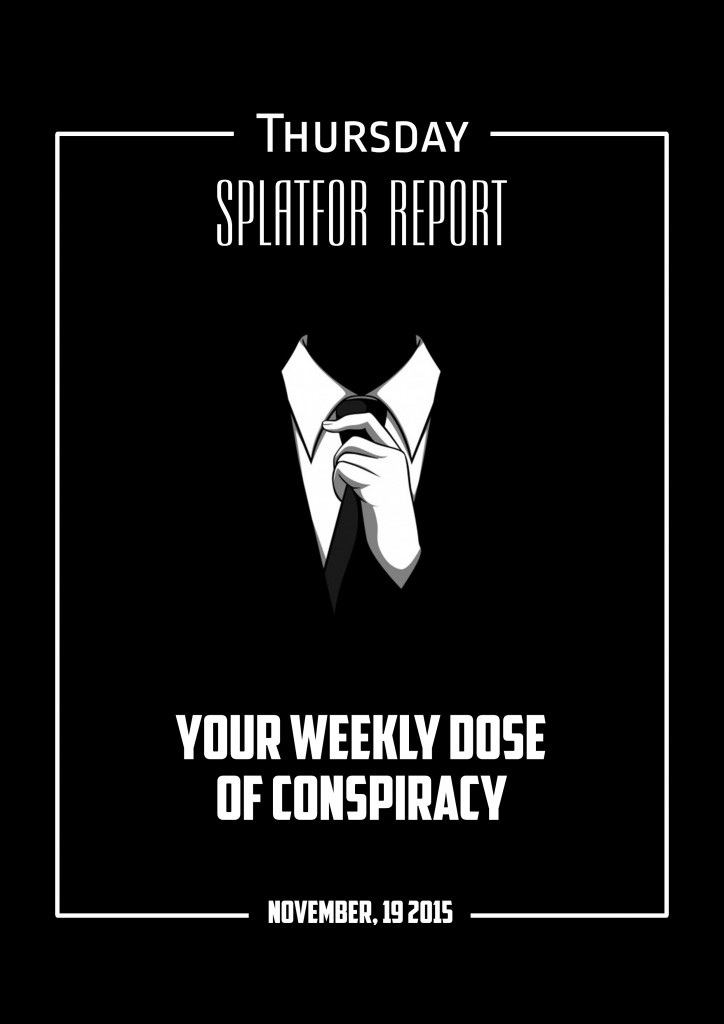 This report is prepared by B.Love exclusively for SouthFront

Almost everyone understands what “conventional warfare” is; it’s a direct military confrontation – two armies clashing on the field of battle. It is warfare using conventional weapons and battlefield tactics between two opposing states in open confrontation. On the other hand, “unconventional warfare” (UW), instead of open confrontation, is hidden and conducted by or with irregular forces, for example, by guerrillas, partisans or surrogates. It is sponsored and supported by a foreign power, powers or entities and leverages (uses) some part of the indigenous population. The best current example may be the so-called “Islamic State” (also sometimes called ISIS, ISIL, Al-Qaeda, “moderate opposition”, “democratic forces”, etc.). ISIS is sponsored and supported from the outside by the United States, Israel, Saudi Arabic, Turkey, Qatar, Jordan and others. The purpose is to clandestinely and covertly (secretly) allow the ISIS-sponsoring nations to overthrow legal governments, for example, the government of the Syrian Arab Republic. Unconventional warfare is one part of the larger practice of “irregular warfare”. Irregular warfare (IW) is about people and is a struggle between both state and non-state actors for legitimacy, influence and control over people and populations. IW is a long and indirect struggle that uses a combination of many resources simultaneously to erode the will of the target population to resist. IW techniques include terrorism, information operations (propaganda), psychological operations (Psyops), intelligence and counter-intelligence activities, criminal activities (for example, assassinations), and law-enforcement activities, among others. To review, conventional warfare is designed to change governments by defeating the target government’s military forces while irregular warfare is designed to change governments by targeting, gaining influence and dominating the civilian population of the target government. In the United States, if we step back a few feet and open our eyes, suddenly everything snaps into focus. We see 1) an economy being parasitized (destroyed) to allow the big (bankrupt) banks to keep gambling away taxpayer money in the derivatives market, 2) a “main street” economy being destroyed to provide the boys in the Pentagon with more and bigger war toys so they can “protect” American against the monstrous Russian Bear and Chinese Dragon, 3) a huge Homeland “Security” bureaucracy that spies on the phone calls, emails and social media posts of every American to prevent every American from becoming a “terrorist”, 4) local police forces that have been militarized under the control of the so-called Justice Department and now used to shoot and kill peaceful and innocent civilians on a daily basis, 5) a corrupted national political process driven by large campaign contributions where candidates and elected officials must take an oath of allegiance to Israel or else be attacked, deprived of campaign funds and defeated at election time. Anyone with eyes that see and a brain that still thinks can see that the Official Washington “powers that be” are not led of, by and for the American people. “Official Washington” is led by the American and Israeli “deep state”. The “deep state” is using the (private) U.S. Federal Reserve; the global central banks; the Wall Street banks, commodities and hedge firms; the Pentagon; and the Weapons, Energy, Media, Security, Insurance and Entertainment industries to wage irregular warfare against the people of the United States.

Now that we’re talking about irregular warfare, let’s talk a little bit about submarines… you know, those little black boats that sneak around under water and do funny tricks like launch missiles (including nuclear-tipped missiles) that attack and destroy both civilian and military targets. While it’s possible that a submarine from one nation might engage in a direct conventional warfare battle with a submarine from another nation, submarines today are mostly used to wage irregular warfare that’s designed to intimidate, threaten, influence and, maybe once in a thousand years, bomb some “enemy” nation. NOTE: The following is just a theoretical example. I am absolutely NOT picking on God’s chosen people. Let’s consider whether there could possibly be some irregular warfare role for Israel’s German-made, missile-firing submarines. They are reported to have the capability to fire both conventional and nuclear missiles.

Now, it’s important to know that not all nuclear weapons are huge multi-megaton bombs; most are what is called “variable-yield. This means their explosive power can be “dialed in” (adjusted up or down) before the bomb or missile is launched.

can, if desired, be dialed down to deliver only 5 kilotons of TNT-equivalent explosive energy. The danger of being able to “dial down” a nuclear weapon is that it can be difficult to distinguish a small, dialed-down, nuclear explosion from a larger conventional bomb explosion. This difficulty can allow military and deep-state planners to carry out small nuclear attacks that appear to be caused by conventional, non-nuclear weapons. Could a small but terrifying bomb attack that appears to come out of nowhere be an effective way to terrorize a population, an army and a government? Hmmm. Could this terror be an effective irregular warfare weapon? I’m not sure. Maybe we can ask some expert at the Pentagon for an opinion about that. 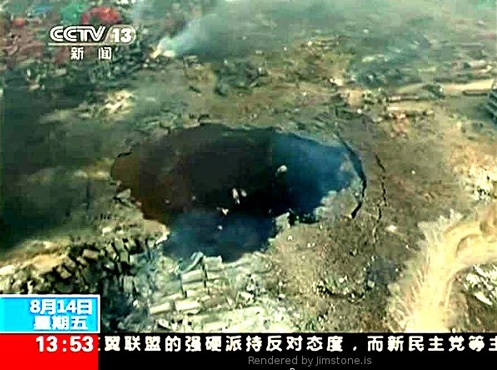 Wars cannot be fought without money – a lot of money. If the U.S. is serious about stopping the so-called “Islamic” State then why isn’t it working to stop the flow of the money that’s funding ISIS? Wouldn’t cutting off “Islamic” State’s funding sources be more effective than a few airstrikes that somehow keep missing ISIS? Apparently, Imperial Washington either doesn’t understand the money-flow principle or else it understands it only too well. Author Peter Van Buren examined this mystery and discovered that even super-war hawk Hillary Clinton (yes, THAT Hillary Clinton) stated way back in 2009 that donors in Saudi Arabia were the “most significant source of funding to Sunni terrorist groups worldwide.” The other big source of “Islamic” State (we should probably call it the “Sunni Islamic State”) income is OIL. QUESTION: Why is the U.S. not stopping the “Islamic” State from stealing and selling Iraqi and Syrian oil? ANSWER: “Don’t be silly. Why just this week, the U.S. starting bombing a few IS oil tanker trucks so don’t you dare say that we’re not serious about defeating ISIS”. Then, there’s that little puzzle about Turkey, a country that appears to have placed “Attention ISIS! Syria Welcomes You!” signs all along its border. Could it be that a few trustworthy Turks are somehow involved in helping ISIS transport and sell that all stolen oil? No Way! That’s just inconceivable. Besides, this isn’t about money – it’s about FREEDOM and if the freedom-loving Western Democracies really want to stop ISIS, they’re apparently going to have no choice except to bomb the Syrian people back to the stone age.

Obama: Dammit! Putin is kicking my butt in Syria. And the way he launched his damn cruise missiles from ships that were 900 miles away really ticks me off. He’s showing the world that his Johnie is bigger than mine.

Obama’s Brain: Don’t worry Barack. I think I know how we can show the world that your missiles are scarier than his missiles and that your Johnie is bigger than his Johnie.

Obama: And another thing, Dick Cheney told me that if we ever expect to completely control the American people, we’ve got to make them feel afraid, very afraid, you know, we’ve got to fill them with fear.

Obama’s Brain: Dammit Barack; I told you to relax!! My solution will prove that you have a big Johnie and it will also fill the American people with fear. We can kill two birds with one stone.

Obama: Yeah? Well people are starting to complain that I’m spending too much money on the Pentagon while homeless veterans are starving in the streets of America. What are we going to do about that, Brain?

Obama’s Brain: Hey Buddy. Wipe that sweat off your forehead. My solution is triple-killer. And if you can’t trust the Pentagon and me then who can you trust, boy?