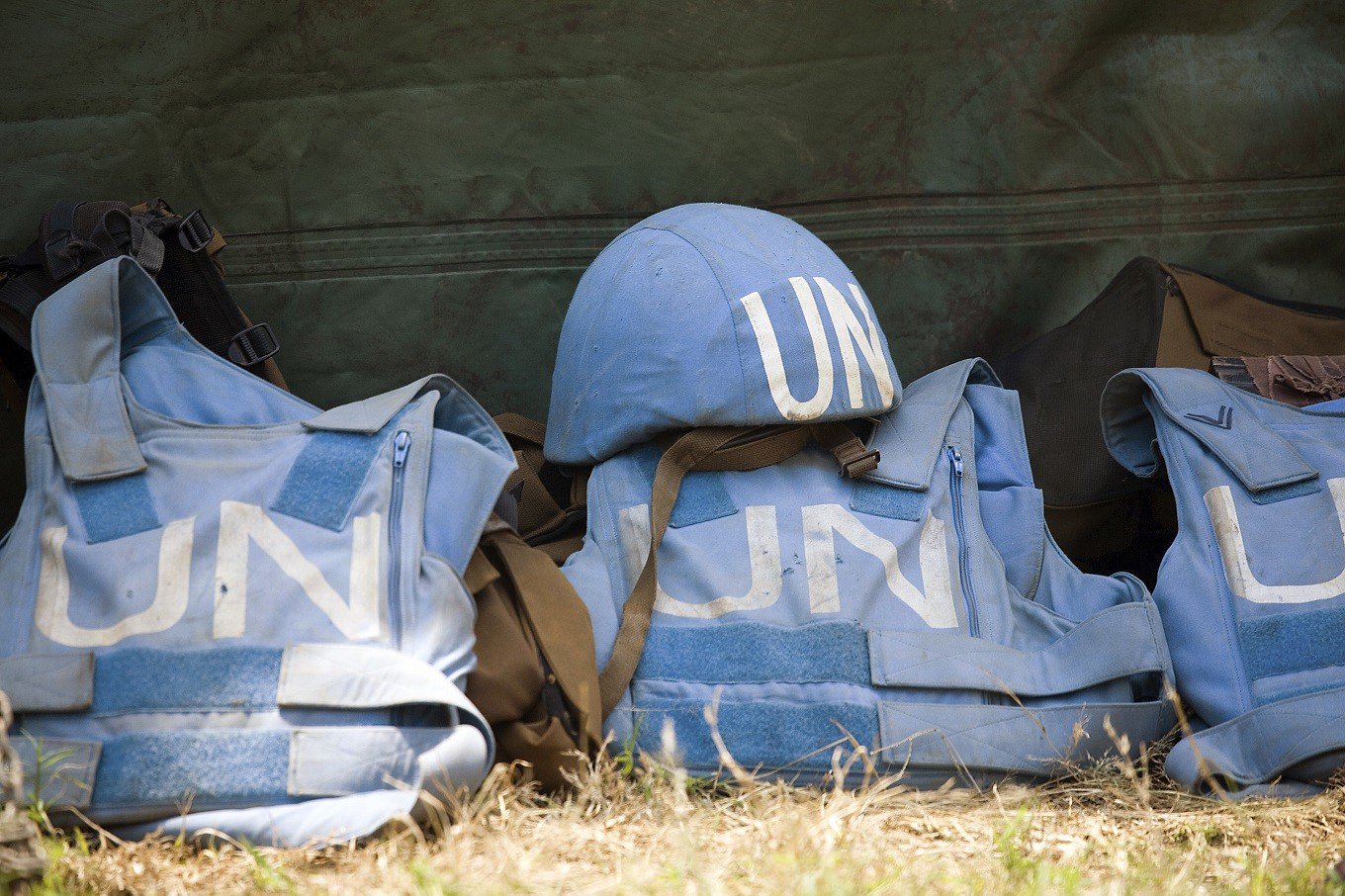 Helmet and flack jackets of the members of the 1 parachute battalion of the South African contingent of the United Nations Peacekeeping Mission in the Democratic Republic of the Congo (MONUC), in a photo dated 14 February 2008. (UN Photo/Marie Frechon)

The UN announced on December 25 that three peacekeepers were killed by an unidentified “armed combatants” in the southeastern part of the Central African Republic (CAR).

The peacekeepers were a part of the UN Multidimensional Integrated Stabilization Mission in the CAR. The mission, which started on April 10 2014, is meant to protect CAR civilians under Chapter VII of the UN Charter.

In a statement, Stephane Dujarric, a spokesman for the UN Secretary General, said UN soldiers and the Central African Armed Forces were attacked by an unidentified armed group while they were conducting a patrol in the town of Dekoa.

“Three peacekeepers from Burundi were killed and two others were wounded,” the statement reads.

Dujarric called on the CAR authorities to investigate the attacks and bring the perpetrators to justice, warning that the attack on peacekeepers may constitute a “war crime.”

A day earlier, the CAR Armed Forces, backed by UN peacekeepers, recaptured the southern city of Bambari, shortly after it was put under rebel control.

The attack on UN peacekeepers came as voters in the CAR are preparing for presidential and legislative elections, which are set to be held on December 27.

President Faustin-Archange Touadera, who is facing 17 other candidates, is the favourite to win the presidential election. A rebel coalition, the Coalition of Patriots for Change, said it will observe a unilateral ceasefire in the runup to elections.