Three warships of the Ukrainian Navy [the small armoured gunboats Nikopol and Berdyansk as well as the estuary tug Yani Kapu] have illegally crossed Russia’s state border entering its territorial waters and are carrying out dangerous maneuvers, the Federal Security Service’s Border Service in Crimea said on November 25.

“This morning at around 7:00 a.m. Moscow Time three ships of Ukraine’s Navy violated Articles 19 and 21 of the United Nations Convention on the Law of the Sea, which define the right of a coastal state to ensure maritime security, crossed the Russian state border and illegally entered the temporarily closed waters of the Russian territorial sea,” the agency said in a statement.

According to reports, the warships continue heading to the Kerch Strait, where the traffic is regulated under a schedule approved by the captain of the Russian sea port.

“Until now the requests have not been sent in due order, the vessels have not been included in the schedule of passage. The vessels are carrying out dangerous maneuvers and are disobeying the Russian authorities’ demands,” the Federal Security Service’s Border Department in Crimea said.

It added that the Border Service is taking all steps to ensure security of navigation and regulation of maritime traffic in the waters of the Black Sea and the Sea of Azov and the Kerch Strait.

Kiev says that the small armoured gunboats Nikopol and Berdyansk as well as the estuary tug Yani Kapu are moving from the Ukrainian port of Odessa [the Black Sea] to the port of Mariupol [the Sea of Azov].

“Notification about the transfer plans was done in advance in accordance with international rules to ensure safe navigation,” the Ukrainian Navy said on Facebook commenting on the situation.

The November 25 incident will likely contribute to further tensions between Russia and Ukraine over the situation in the Black Sea and the Sea of Azov. The Poroshenko regime continues to undertake actions to destabilize the situation in the region. Such an escalation will allow Kiev to request more support from Western states. Furthermore, Petro Poroshenko likely believes that the escalation increases his chances in the upcoming presidential election in 2018. 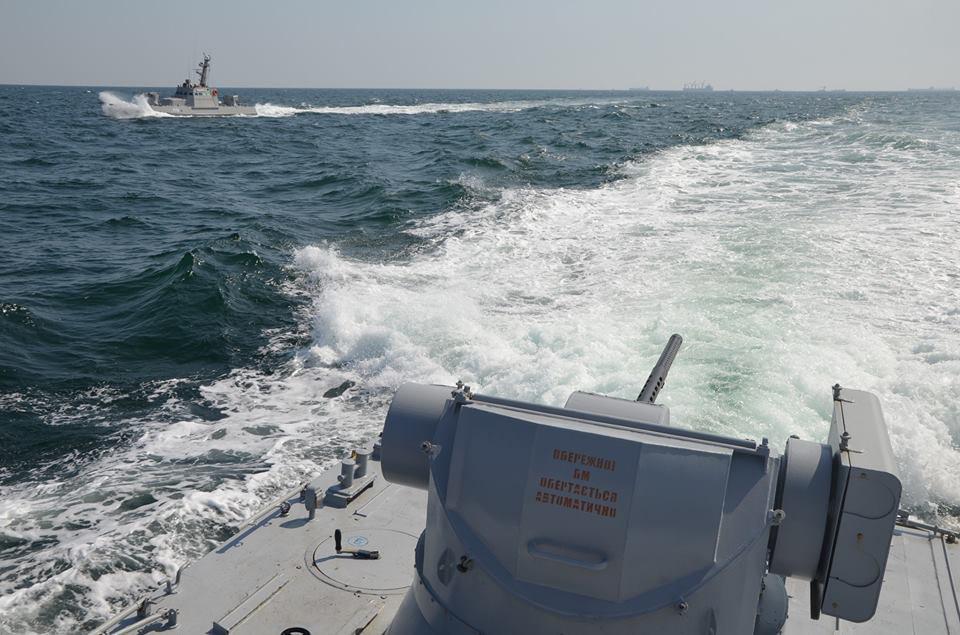 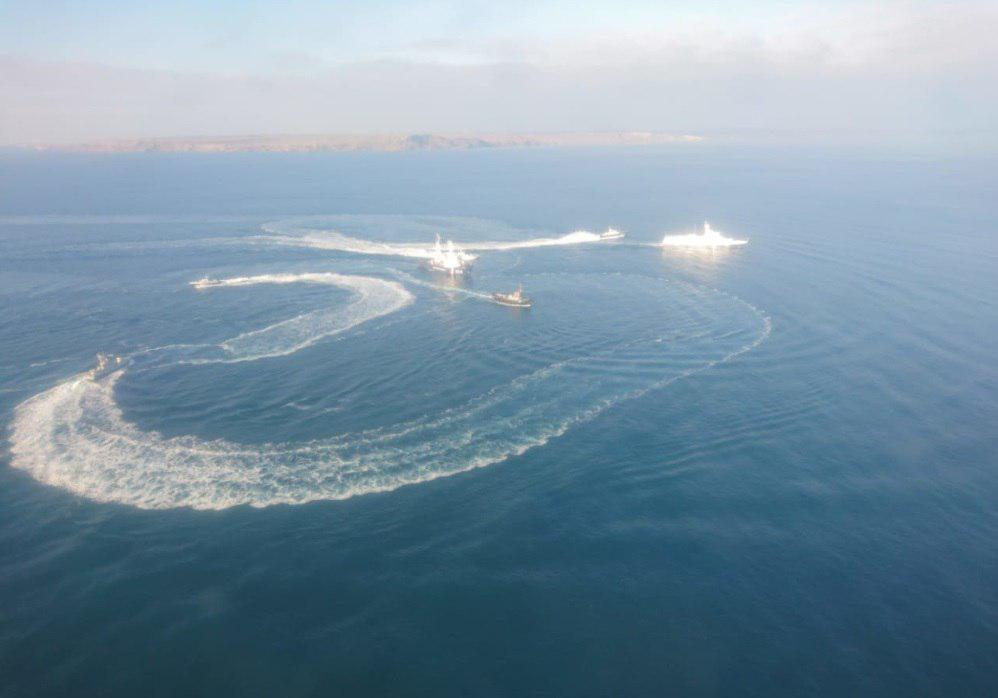 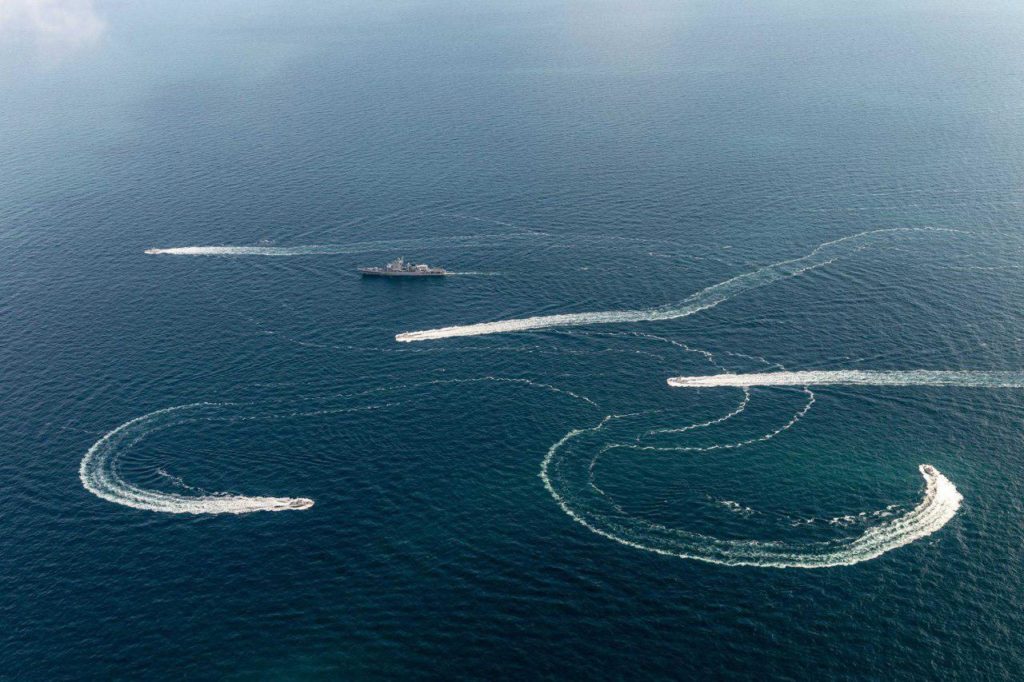 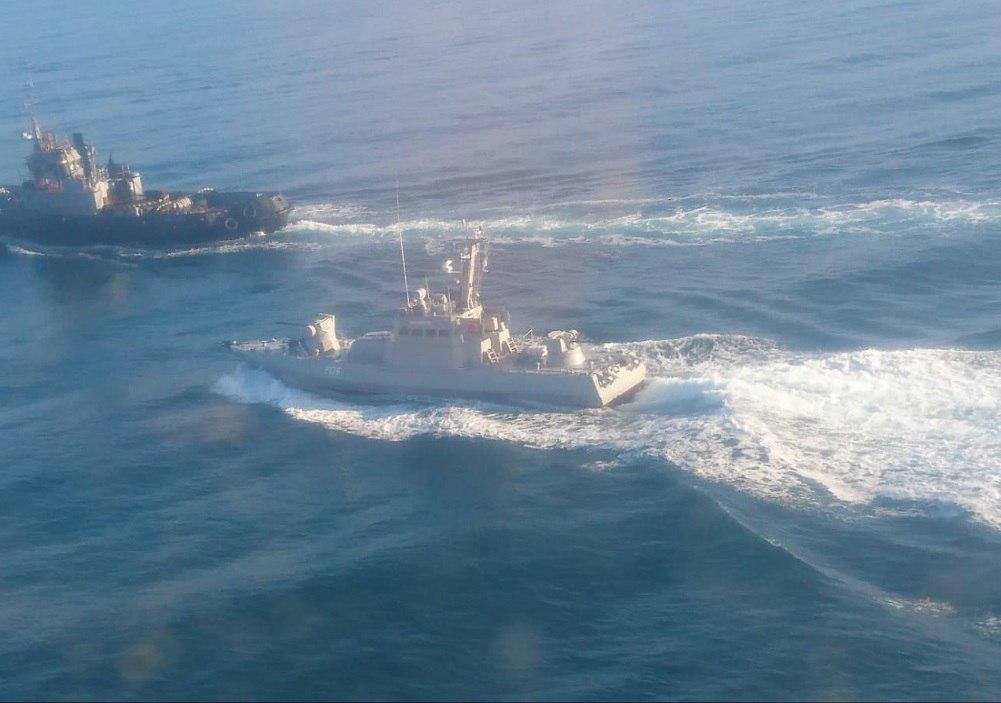 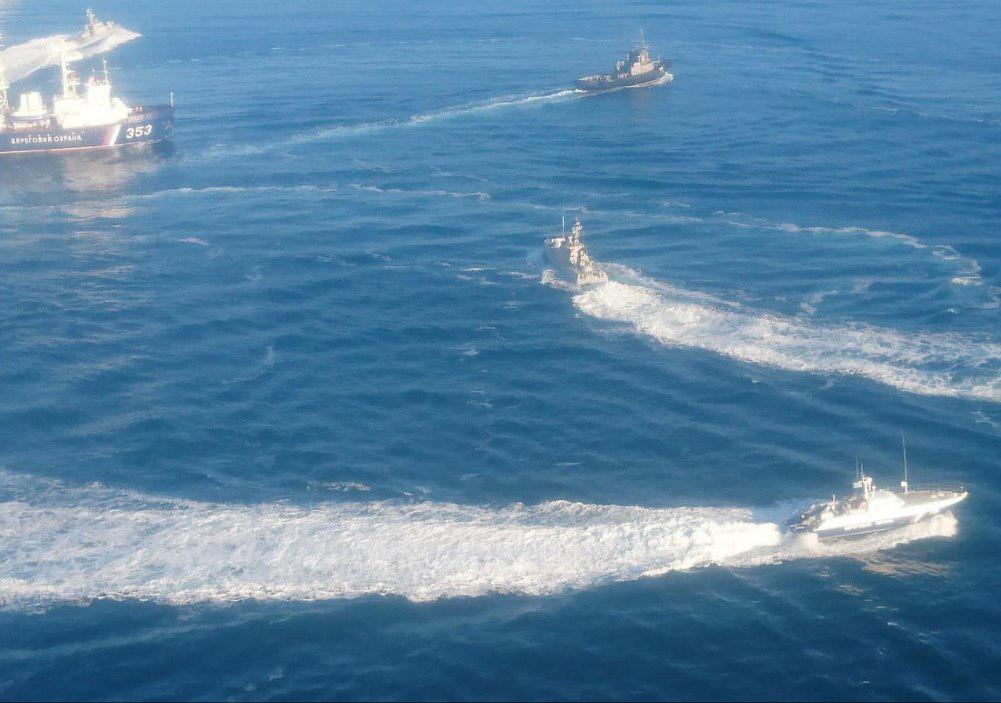 No. Sinking them would bring nothing good.

Showing that you’re weak or indecisive will only bring more agitations, not just on the sea, but in all other areas.

Sadly, decision time is fast approaching for President Putin. Sometimes, there is no choice. A state that cannot defend its borders is no state at all. The Banderised Ukrainians are the battering ram against RF that will test the nation’s mettle. Is Putin the leader of the Free World or just another paper tiger?

There is some FUKUS plan in operation I suspect.

Ukranian gunboats around Crimea and a chlorine gas attack on a civilian area in government liberated Alleppo today both point to a FUKUS plan to ‘Bait the Russian Bear’.

What could be the trap I wonder? And why now?

At the end of each year, all countries is the time they settle their external debts and close their books. The globalist must at any cost start a war that will spill all over europe, at least, but preferable also in africa and ME.

Everything is ready and set to go. Mediterranean is set to go and aegean sea between the greeks and the turks. Also there is the Balkans with the albanians and the serbs with the finger at the trigger and of course the islamists and other nomination that globalists importing in europe double time and try to push them at the borders with rusia.

if you look at the map as to where the armies of the opposing forces are positioned then you understand also that idlip is not a simple matter that will be isolated within the borders of ME. To my opinion much to every ones frustration including me, They used the time stopping outside idlip, to clean what ever pockets could cause them problems when the time come to go to idlip.

Unless the russians have a way to diffuse what is developing to happen you know is the beginning of the end, of this circle.

Essentially the only nation left in the world for the US to plunder in order to erase its massive National Debt is Russia and the Russian people will exact a great military price for that. Win or Lose.

Why is in nonsense? It is exactly what happened in the Yeltsin years and was only stopped by President Putin.

For instance, US oil companies controlled ALL of Russian oil sales in that period and only returned 20% of the cash to Russia. When President Putin intervened and stopped the US plundering , the Russian oil sales generated an 80% return .

Only this year a US delegation flew to Damascus Airport in Syria and offered President Assad an end to the war IF US oil companies could control energy sales.

President Assad declined the ‘gracious ‘ offer from the US to plunder Syria :)

you over estimate i think what west can do. Beside of course farting very loud. In your thinking you must accept that globalization is indeed happening so there is not one country though all at times trying to distance themselves form each other, with make believe disputes, none the less they are all ion west in the same boat and they are sinking fast.

The only way out of debt for them now is a limited or a total global war where all debts are eliminated. That is why they are so desperate to start a war with russia, counting that if they dont use nuclear the russians also will not go nuclear.

Dream on (Did you know how many Russians die every week in the illegal hidden war in Ukraine that Putin started?) – Russia can not even win after 4 years in Ukraine, whom Obama refused aid to…. Russian does not even have an aircraft carrier…

You, it appears, do not have a brain.

WTH ?? From under what rock did crawl out from. CNN, MSNBC ??? This idiot is the Official TROLL of the NWO/MSM.

Also the riots in France -> and just to put the full diversion game on, the Brexit shit agreement signed and football fans rampaging in Argentina.

May be I am wrong but I have noticed that every time israhell is contained a crises will take place in Ukraine, Donbas, NK or Iran. There has been a pattern since the downing of MH17. You know how it works.

I agree ,it creates a crisis of choice for the Jew Media to pontificate about rather than the Israeli Concentration Camp for Palestinians in Gaza.

Trump sent 121 Javelin high teach anti-tank missile systems and US Special Forces to teach Ukraine’s army how to use the Javelin systems to force Russians out of Ukraine. The “author” – as usual, an unnamed RT dot COM employee clearly is biased for the Occupiers.

You IDIOT Trump was forced by the RINOS to send the UKIES who tried to TAKE HIM down in 2016. OBAMA & the LEFT Put Poroshenko in POWER . Follow the MSM. WHOEVER they Mercilessly ATTACK is the GOOD GUY !! TRUMP, Patriots, Russia, Putin, get it yet. The Javelins were proven to be Ineffective against even Russia’s T-90s in Syria. So he sent the UKIES some ineffective Javs. Watch what happens. THE UKIES supported Hillary 100% & supplied endless “proof” of Trump’s collusion with RUSSIA , Putin. How can you not see that ??

Poroshenko now Claims Russia is Massing troops on their Border ! LOL, this is like the 50th time Porky has played this stunt.

YUP, kind of like the Troops WE Have Massed on our Mexican Border. It’s VERY EASY to see who the GOOD GUYS are. WhoEver the MSM/NWO is Feverishly Attacking ARE the GOOD GUYS !!! Like the MSM attacks POTUS , WHITE MEN & Women, the Border Patrol, ICE, & RUSSIA !!! The NAZI/ZIONISTS & NWO stooges controlling Ukraine sent 3 WARSHIPS VIOLATING RUSSIA’S Territorial WATERS & on a Collison course with the New $5Billion Crimean Bridge. Which THEY & the MSM & NWO have Threatened to BLOW-UP , DESTROY !!! THIS is another Outrageous MSM “Upside Down” provocation.

Poroshenko is eager to sacrify Urainian lives in order to answer orders from US – do what ever possible to provoke Russia into conflict.

And sadly, Russia withholding reacting to Ukrainian violations of it’s sovereignty, similar to the way the Berkut responded to the violence against them on the Maidan, will only embolden the schemers and plotters behind the cannon fodder until some serious attack, maybe a missile swarm directed at the Crimean bridge, is launched. In any case, at that point Russia would have to respond forcefully. Just wondering if laying down the law early, wouldn’t put a dent on these schemes before something more serious occurs.

Somehow , I fear that the CIA , is playing a deadly hand in a game out of control. With that Orange Faced Buffoon in the White House , Langley , the Pentagon and the Hawks see opportunity to provoke chaos with unsanctioned covert action. The military-industrial complex is working overtime to create a new bogeyman. It will be surprising to see just how little oversight the US Congress has over who controls what. Trump is a dangerous diversion and a big joke who controls very little of what goes on , deep in the workings of the CIA.