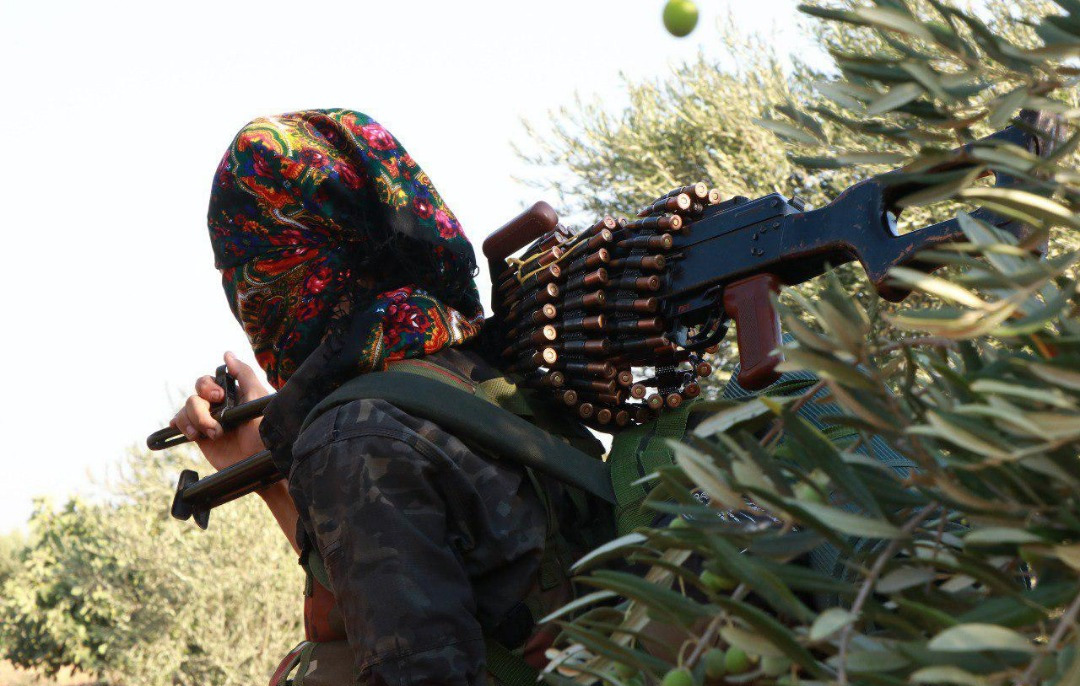 Early on May 1, three Turkish-backed militants were killed when Kurdish fighters raided a position they were manning near the town of Kimar in the Turkish-occupied area of Afrin in the northern countryside of Syria’s Aleppo.

According to the London-based Syrian Observatory for Human Rights, the Afrin Liberation Forces, a Kurdish guerilla group affiliated with the Syrian Democratic Forces (SDF), was behind the deadly raid.

The militants killed in the raid were reportedly members of the Hamzah Division, one of the largest Turkish-backed factions in northern and northeastern Syria. The militants were identified as Ahmed Badawy, Mohamed Jamlo and Jema’ah Hajj-Kaddour.

In what appear to be a response to the raid, the Turkish military and its proxies shelled the SDF-held towns of Tell Rifaat, Meng, Ain Digna, Zunait, Uqiba, Burj al-Qas, Mayassa and Mara’naz in the northern Aleppo countryside with more than 200 mortars and artillery round. However, no casualties or material losses were reported.

The Kimar raid was likely a response to recent Turkish artillery and drone strikes on SDF-held areas in northern and northeastern Syria.

The SDF fears that the Turkish military and its proxies are preparing to launch a new operation in northern and northeastern Syria. The Kurdish-led group may be attempting to deter Ankara by attacking its proxies.

with manpads, will get rid of them. And they be bak. To Inner Asia or, better, jahannam / HELL.

with manpads, will get rid of them. And they be bak. To Inner Asia or, better, jahannam / HELL.

good so ! The kurds and the turcs eliminating eatch other. Afther the SAA will clean the rest in a wipp. But turkis invaders must be dealed to.