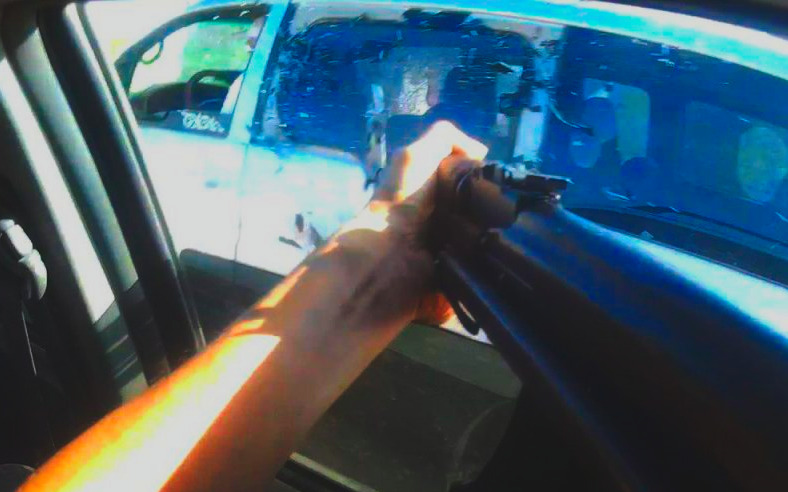 On December 19, unidentified gunmen attacked a vehicle carrying fighters of the Kurdish-led Syrian Democratic Forces (SDF) on a road leading to al-Omar oil fields in the southeastern countryside of Syria’s Deir Ezzor.

As a result of the attack three fighters of the SDF were killed and two others were wounded. The gunmen managed to flee the scene.

The US-led coalition, the SDF’s main backer, maintains a large presence at al-Omar oil fields. Yet, it didn’t intervene or pursues the gunmen who carried out the attack.

Despite a recent a series of security operations by the US-led coalition and the SDF, the situation in the southeastern Deir Ezzor countryside is only getting worse.

Less than two weeks ago, the SDF locked down the town of al-Busayrah in response to a large-scale attack by ISIS cells that targeted one of its main headquarters. Still, the terrorists were not caught.

While the US-led coalition is supposedly present in northeastern Syria to counter ISIS, it appear to be only interested in expanding its presence in the region’s oil and gas fields.

Those collaborators deserve it,its not too late for them to gain loyalty to the Syrian State and stop working with the US Reich,if they don’t one day they will be buried.

You are far out in those matters. Almost all the Shammars as well as the SDFs will never join the Asses.

There is not a single reason for it. When they prefare something like this You must be worse then blindfolded in those matters.

Give one big reason.

Then they will be buried,why would they collaborate with the US who are trying to destroy Syria?

In the end they will join.

SDF has a lot of foreign support.

So does the Iranian MKO, and look where they are today. So did the various anti-Assad paramilitary grouping ranging from pro-US pseudo-liberals all the way to GCC/Israel/US/Turkey-supported Al-Qaeda affiliates all over the freaking country until 2015. Where are they today ? Foreign support has never been enough on the long run for any non-state entity or even political mouvement in a country with the vast majority of the national fabric opposing them. The tide further changed when these groups lost public support after a series of widely documented abuses originating from their various ranks and a lot of rebels returning to fill SAA ranks and remobilise against their former affiliations and bosses.

Actually, almost all of the world supports SDF except radical Sunni groups from Turkey and Syria and radical Shia groups from Iraq and Iran alongside Hezbollah.

Including yorgo supporting SDF terrorist group.. re yorgo they are traitor. Kurdish terrorist .