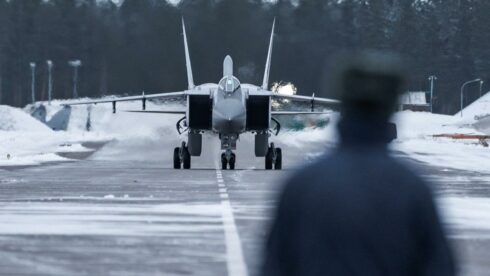 Last night, the Russian Engels airfield in the Saratov region again came under attack of Ukrainian forces. The military facility is located about 500 kilometers from the Ukrainian border and is used by the Russian long-range aviation which is involved in Russian strikes on Ukrainian military and energy infrastructure facilities.

The Russian Ministry of Defence acknowledged the attack on December 26. According to the Russian MoD, Russian air defense systems shot down a Ukrainian UAV at low altitude when it was approaching the military airfield “Engels” in the Saratov region.

As a result of the attack, the wreckage fatally wounded 3 Russian soldiers who were at the airfield. Four other servicemen were hospitalized.

According to the statement of the Russian military, no Russian aircraft were damaged. As a result of the explosion, fire broke out in the area of 120 square meters.

According to some unconfirmed reports, the wreckage damaged one of the service buildings of the airport, where at that moment there were military personnel on duty, including combat pilots.

Footage from the area confirms that the explosion  thundered in the military facility at night. Local residents confirmed that an air alert sounded in the city.

Local civil authorities said that there were no emergencies in residential areas, and there is no threat to local residents. The local governor denied the reports about the evacuation of civilians from the city.

“All the stories about the evacuation from the city are blatant lies created far beyond the borders of the country. Civil infrastructure facilities were not affected,” Governor Roman Busargin said. 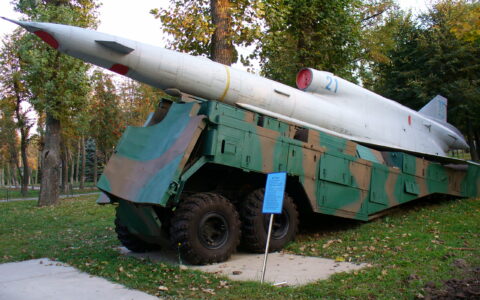 The attack was reportedly carried out by the Soviet-made Tu-141 UAV .

The Soviet industry developed and brought into service unmanned aerial vehicles of the heavy class, including Tu-141 “Strizh” and Tu-1143 “Reis” in the 1970s. The first Tu-141 “Strizh” took to the air in 1974. In 1979, it was deployed with the Soviet military.

The systems were aimed at conducting reconnaissance operation in the enemy’s rears. Later, the complex was used for different purposes and underwent some modernization.

Already in the early nineties, the Tu-141s were considered obsolete and began to be decommissioned. The UAVs were mainly used as flying targets for air defense systems during the military exercises.

In 2014-2015, it was reported that Ukraine planed to modernize its old UAVs. However, there were no other reports about any developments within this project until 2022. In March, it was revealed that another Ukrainian “modernization” project provided for the installation of a non-standard large-mass warhead on the UAV. After that, the Tu-141 turned into a cruise missile of low accuracy, but with a sufficiently long flight range. 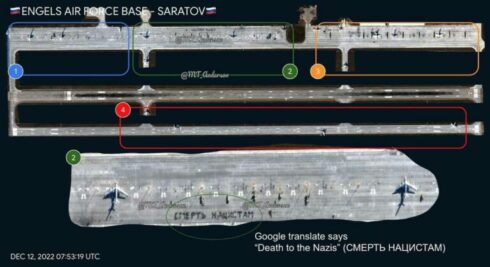 Since 2014, the Soviet-made UAVs have been used by the AFU for reconnaissance operations during the so-called anti-terrorist operation against the population of the Donbass. The deployment of obsolete equipment led to several accidents on the front lines. A lot of UAVs were shot down or fell during the operations. 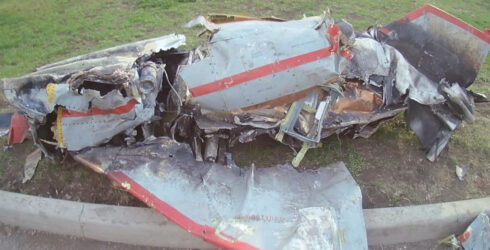 In March 2022, the Ukrainian military attempted to attack the Crimea with the UAV, another Tu-141 was found in Zagreb in Croatia. The latter was equipped with a non-standard warhead.

The attacks of Soviet-made UAVs are likely aimed at identification of the positions of Russian air defence systems near the strategically important facilities.

However, this is not for the first time that the UAV reaches the airfield of the Russian long-range aviation in Engels. On December 5, Soviet-made UAVs targeted the military airfields at Dyagilevo in the Ryazan region and Engels in the Saratov region. LINK

The Russian military claimed that the attacks were carried out with the support of US and NATO reconnaissance means. Soon after the attack, Russian servicemen sent a message to enemy satellites, writing “Death to Nazis” on the airfield. LINK

Modernized Soviet Strizh drones were guided to Russian airfields near Ryazan and Engels by the US GPS — Russian representative to the UN Mr Nebenzia claimed.

The AFU are using abandoned border airfields for small aircraft to deploy the launchers of upgraded Tu-141 UAVs. For example, the Mirgorod airfield near Poltava which has been heavily damaged by Russian strikes but can still be used by Ukrainian forces.

The attacks with Soviet-made drones likely do not reach their goal and do not inflict significant damage to the Russian aircraft. However they have a great importance in the media war. The Kiev regime once again demonstrated that it can reach Russian military facilities located far from the Ukrainian border. Such strikes also allow to detect the Russian air defence means deployed in the area in order to make the further attacks more affective.

In their turn, the Russian military once again demonstrated that the air defence means in the strategically important facilities on the Russian territory are not enough to secure the lives of Russian servicemen.

Immediately after the previous attack on the Russian airfields, Russian forces launched another massive attack on the Ukrainian military and energy infrastructure facilities. Today’s attack is likely to be avenged, too.

Are you saying they shouldn’t have shot it down? Do you believe it was a long range drone that flew all that way undetected, or was it a short range drone launched from less than 20km away?

Until when? Until when? Will that be allowed? Military lives were stun by Nazis. That’s not legal under any circumstances. May the military be avenged for their deaths💔

I understand that western weapons are funneled in all the time but why does sowjet era stuff still exist 9 Months after the beginning of the war why where such weapons not eliminated after the firt test which went into croatia. It was obvious that the ukrainians are trying to make these things ready to be used against russia cause the range was to high for donbas.

Are these all stocks or are they producing these things and if why does the factory still operate?

I am more and more convinced that the general staff and the secret service is not fully commited to this military operation. Either cause of the limits the politics have put them under or cause of treason.

“As a result of the attack, the wreckage fatally wounded 3 Russian soldiers” I laughed out loud when I read this line. It’s so damn funny cos I don’t what to believe.

“Wreckage” killing three people. That must be some really big drone. “As a result of the explosion, fire broke out in the area of 120 square meters.” What explosion? From the wreckage? “wreckage” damaged one of the service buildings of the airport” “explosion “thundered” in the military facility at night”

“identification of the positions of Russian air defence systems near the strategically important facilities” Funny isn’t it?

This is a Nato attack,a massive red line crossed again,a air base thats part of Russian nuclear capability,the answer needs to be massive,the longer Nato get away with this they see it as weakness,what are they waiting for Central Moscow to be hit? i would startwhere the Nato bastards don’t expect it,wipe all those illegal bases of the face of the earth in Syria.

If they would have done it years ago then this ukraine war would have not happened. The west is emboldended to go on further and further by the carefull steps of russia.

I do not want to see the sentence “russia tested the article five” on the gravestone of humanity just i do not want “russia will not respond with nuclear weapons if nato destroyes the us forces with conventional weapons in ukraine” stand on it.

Another humiliation of russian Orcs… heheheh

Ukraine hits Russian airports deep inside their territory and Putinsky again calls for talks like a submissive dog that is confronted by a larger animal and rolls on his back to show submission.

Rather than flying 1,000km, the odds are much higher it is a short-range drone (40km), meaning NATO has sleeper cells within that range of the base. That could include spotters, so the drone has some target to aim for.

Russian military forces – really the joke of the year. Even Russian youngsters are ridiculing their military.

Still total russian incompetence, again, unable to detect and shoot down a drone before reaching the target, flying 600km into russia, again???

It’s clear that jameriscum masters knows very well the radar and SAM’s the ‘schedule’ program of the russian defense (positions, cover areas, timings, etc). Hitting that so close to the airport means ONLY that. But this is a perfect case when russian can learn that damn thing and tune the defense accordingly. Ukroshits bandera assholes have plenty of those modified exSSSR drones and they will use them ALL.

Putin wouldn’t lift a finger even all the Russians get killed.

My title speaks for itself!

Damn what’s happening to the Russian defense? Where are the missile defense to stop the drone attack?