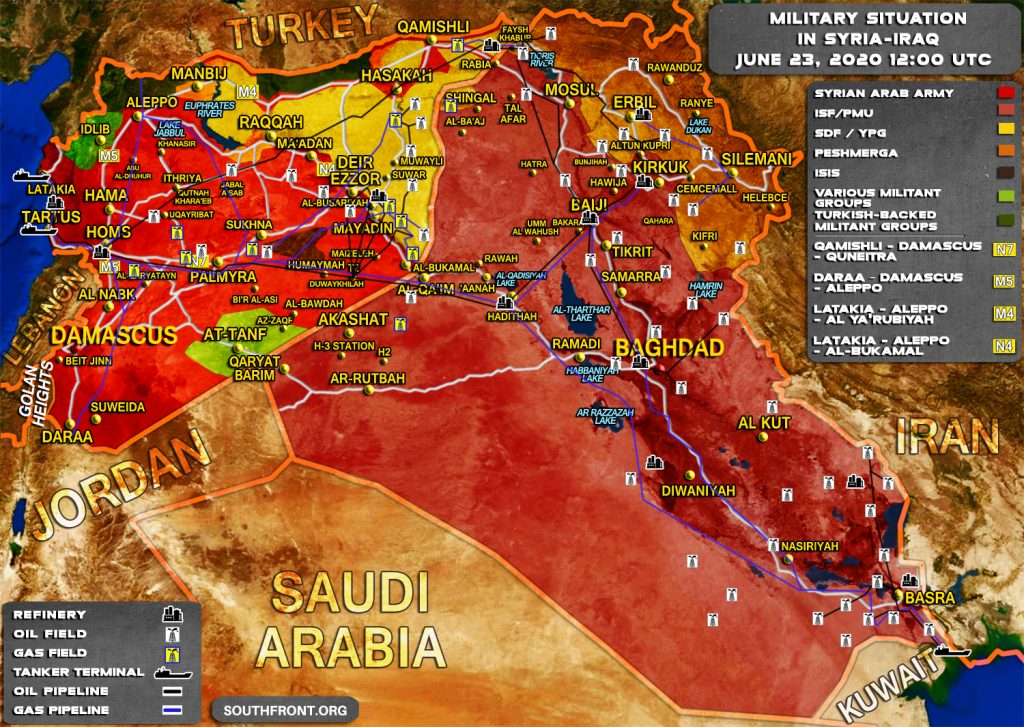 During the US war in Iraq, Balad was the second-largest US base in the country. It still houses some US forces. No casualties were reported as a result of the August 13 attack.

In the recent months, a number of rocket and mortar attacks hit bases hosting US-led coalition forces and the area in Baghdad, where the U.S. embassy is located. The United States blames Iran-backed armed groups. The attacks increased in response to the US assassination of Iran’s Qods Fores commander Qassem Soleimani by a drone strike in the Baghdad International Airport in early Jauary 2020.

Did they get headaches hahahaha

this will continue—the amerikan imperialists can hide in their fortresses spending their money on their military adventures to self impoverish their hamburger nation…only until their empire collapses….

“spending their money on”

keep sending them till they go away!

Americunts are in for a mother of all migraines son.

Make those PMU roaches pay, the U.S needs to start a massive bombing campaign against them.

USA is an unwelcomed invader.

They should go home, its usa’s fault Iran is as strong as it is now.

And you think usa is your best friend. There incompetence made it worst for you guys lololll

US barbarians and their colonies–UK, Denmark station troops in Iraq; Germany no longer does…they have already been reduced to hiding in their fortresses, fearing death—to insecure to challenge poorly equipped militias in Iraq, Afghanistan, Syria, etc