Late in the evening of July 3, a massive explosion occured in the Turkish-occupied city of Afrin in the northern countryside of Aleppo.

The blast was caused by a heavy improvised explosive device, which was planted in front of Maysalun school in Afrin’s city center.

According to Kurdish sources, Abdullah al-Zuin, an officer in the “Syrian Free Police”, a Turkish-backed law enforcement officer was killed in the explosion. Two other people, Yasin Hamadah and Mahmoud al-Hassan, were injured. 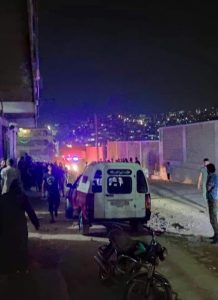 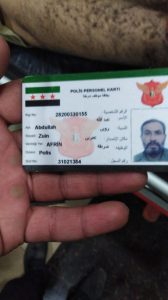 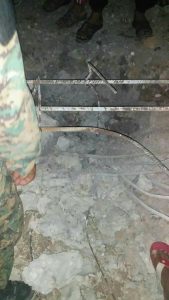 So far, no group has claimed responsibility for the attack. Nevertheless, Kurdish forces were blamed by few opposition activists.

Kurdish groups like the Afrin Liberation Forces and the Wrath of Olives Operations Room carry out such attacks against Turkish-backed militants in Afrin and other occupied areas in northern Aleppo on a regular basis.

In April 2019, more than 10 people were killed and injured when a booby-trapped truck loaded with fuel barrels exploded in the center of Afrin city. After the attack, Turkey vowed to secure the area. However, nothing was actually done.