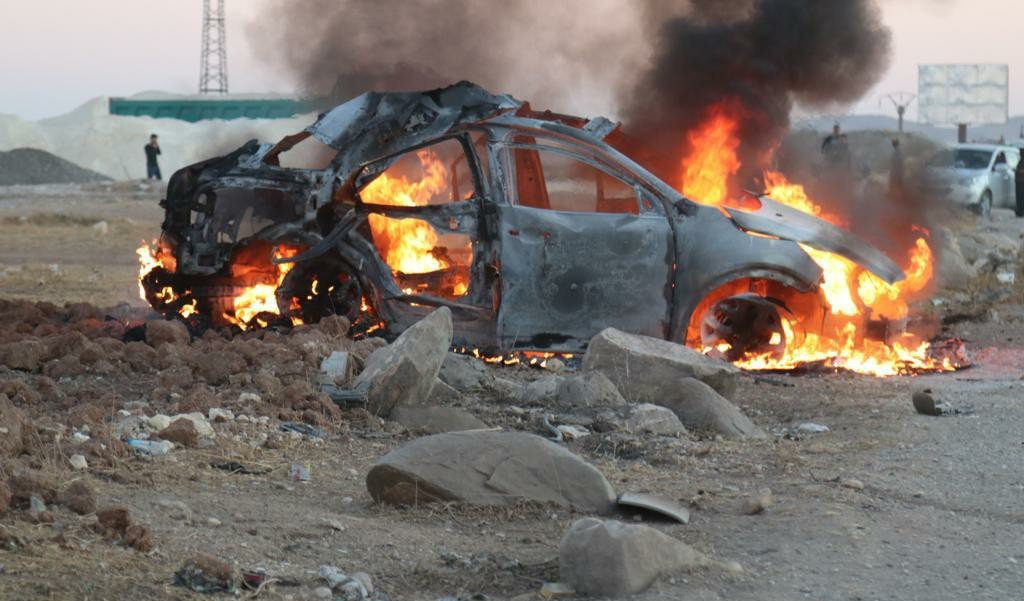 On October 23, a new Turkish drone strike targeted the northeastern Syrian town of Kobane which is held by the Kurdish-led Syrian Democratic Forces (SDF).

The strike destroyed a car that was moving in the outskirts of Kobane, on a highway linking the town with the government-held city of Aleppo. According to the Hawar News Agency, three civilians who were aboard the car were killed.

A day earlier, a Turkish TAI Anka-S combat drone flew over Kobane and its outskirts for several house. The drone was armed.

This was the second Turkish drone strike on Kobane this week. The first strike, which took place on October 20, targeted several cars which were parked in front of the Social Justice Committee building in the center of the town. Five people, including two SDF fighters, were reportedly killed.

The Syrian Arab Army maintains a few positions around Kobane. The Russian Military Police is also present in the town.

Turkey is likely attempting to provoke the SDF, which responded to similar drone strikes in August. Ankara may later use the group’s reaction as a pretext to launch a new operation in Syria.

The Turkish military and intelligence are reportedly preparing to launch an operation against Kurdish forces in the countryside of Aleppo, where Kobane is located. The drone strikes will likely continue until Ankara makes a decision on the operation.

We’re are the USA to protect them???

To UPHOLD them. “Allies”. PTUH ! Ugly betrayers like Russia!

I am gay since I was born. I first took it from Saudis during the Bosnian war. Then a Serb gave it to me. Now I have a boyfriend from the group Asaib ahl al Haq and we are having gay interracial sex. What’s your problem you Chris Gr homophobe?

No problem just stop harassing me.

Tou are talking to me, now.