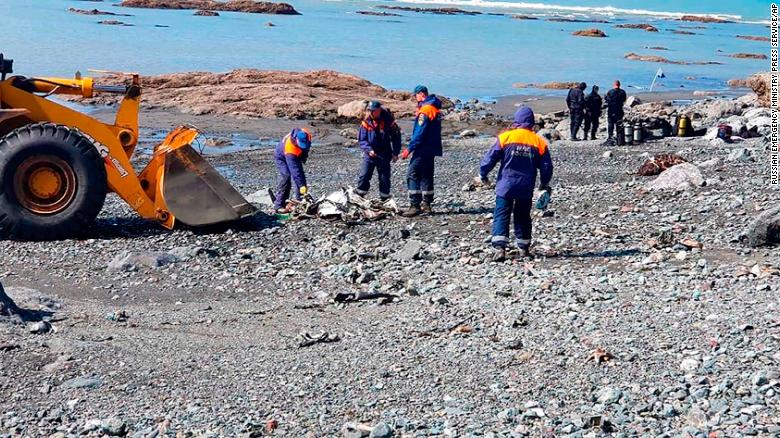 On August 12, a civilian helicopter crashed in Russia’s far east. The Mi-8 carrying tourists plunged into a deep volcanic crater Kuril lake on the Kamchatka Peninsula.

There were 13 tourists from Moscow and St. Petersburg and three crew members on board. Eight people were saved.

Search operation for 5 people, missing after Mi-8 helicopter crash at the Kurilskoye lake, continues at @kronoki reserve at the Kamchatka peninsula; Pacific fleet divers are working on the scheme of lifting the helicopter from 130+m depth pic.twitter.com/TC3AfkM3kF

Rescuers found the wreckage on August 13.

Only in two days, on August 14, rescuers found the bodies of three people who died in a crash. The pilot’s body was lifted from the bottom of the Kuril Lake. The two more bodies were found near the wreckage of the helicopter.

Now the lake is being examined by deep-sea drones.

The helicopter crashed into the Kuril Lake, located in the Kronotsky Nature Reserve, and sank at a depth of 110 m at a distance of about 500 meters from the shore.The tail of the helicopter was broken off.

The investigation considers three main versions of the accident: poor visibility due to the weather, engine failure and pilot error.

RIP. Mi-8/17 is a good robust helicopter which can operate in the most adverse conditions. However, Kamchatka inclement weather can cause accidents for the toughest machines.