The bodies of over 8,000 Syrians killed in bombing raids by the US-led coalition have been found in mass graves in Syria’s Raqqa after the rubble was partially cleared away, Russian Foreign Ministry Spokeswoman Maria Zakharova said on Thursday.

“Last week, the Syrian government, in its letters addressed to the UN secretary general and the UN Security Council president, provided the tragic statistics on the victims of the coalition’s bombing raids in the city of Raqqa during its ‘liberation’ from ISIL (former name of the Islamic State terror group, outlawed in Russia – TASS),” she noted. “The bodies of over 4,000 people were found while clearing away the rubble in two of the city’s residential neighborhoods left over from the airstrikes and also around the stadium and the zoo. Those were mainly women, the elderly and children. In addition, a mass grave where more than 2,500 people were buried was uncovered at a farm near a pediatric clinic and the National Hospital, while another burial site was opened near Al-Panorama where 1,500 bombing raids’ victims were buried.”

“The letters stressed that to date just two percent of the rubble had been cleared away in Raqqa, which had been literally razed to the ground,” Zakharova emphasized.

According to the diplomat, the statistics turned out to be in stark contrast with “the hysterical reaction expressed by the US and other Western countries with respect to protecting Syrians’ rights,” and “the information provided in recent reports by various Western NGOs on the situation in Raqqa.”

The Raqqa Governorate and its capital of the same name served as the main outpost for the Islamic State terror group in Syria. The city of Raqqa was recaptured from the terrorists last October by predominately-Kurdish units, which form part of the Syrian Democratic Forces backed by the US-led coalition.

Moscow and Damascus have drawn attention to the situation in Raqqa on numerous occasions. On November 29, Russian Permanent Representative to the UN Vasily Nebenzya said that the US and its allies were trying “to hide the dire consequences of their military operation” to liberate the Syrian city. For its part, Damascus sent a letter to the UN, which laid the blame for the bloody carnage on the US-led coalition, whose air raids claimed thousands of lives, while the city itself was razed to the ground.

Considering it’s been forwarded to the UN, I doubt your ‘fake’ analysis.

Your intelligence you mean ?

Your brain is fake.. and your account. you pathetic shiteating troll.

This sounds weird, correct me if in Wrong but:
They where killed during bombing raids, buried in massgraves, then bombed again where the rubbles came down in them?

This honestly sounds fake , unless im missing something here

it must be the translation from yiddish to dutch to danish to english. some information comes out garbled, from that perverted conversion.

oh, but you meant the article – nvm.

Agree, the coalition bombed the poop out if that area.

And perhaps im misunderstanding the text or translating it wrongly

Think you are missing a screw, probably why most people would think of you as a dime short of a dollar.

you are officially dutch.

as a sidenote, go frigg yourself.

“The bodies of over 4,000 people were found while clearing away the rubble in two of the city’s residential neighborhoods”
“In addition, a mass grave where more than 2,500 people were buried was uncovered at a farm near a pediatric clinic and the National Hospital, while another burial site was opened near Al-Panorama where 1,500 bombing raids’ victims were buried.”

What exactly you don’t understand here?

I understood it like the massgrave was under the rubble from the bombed city.

CENTCOM (and their SDF lackeys) would prefer that nobody, especially US citizens, know the extent of their butchery in Raqqa. There are dozens of mass burial sites in and around the city – Zakharova just pointed out the first two because the U.S. wasn’t able to censor news of them. The five largest are on the map below.

The Raqqa Civil Council (SDF-created city administration) has a Red Helmeted ‘Reconstruction Committee’ they also call ‘first responders’. Their job isn’t to identify the civilian airstrike/artillery victims in the mass graves, but to cover up the fact that they were killed during the four-month SDF attack on Raqqa – and not by ISIS. ISIS didn’t bury execution victims in mass graves. The Red Helmets are just digging the victims up and trucking them for reburial in a new mass grave just outside Raqqa – where their identification (and evidence of U.S. war crimes) can remain a secret. 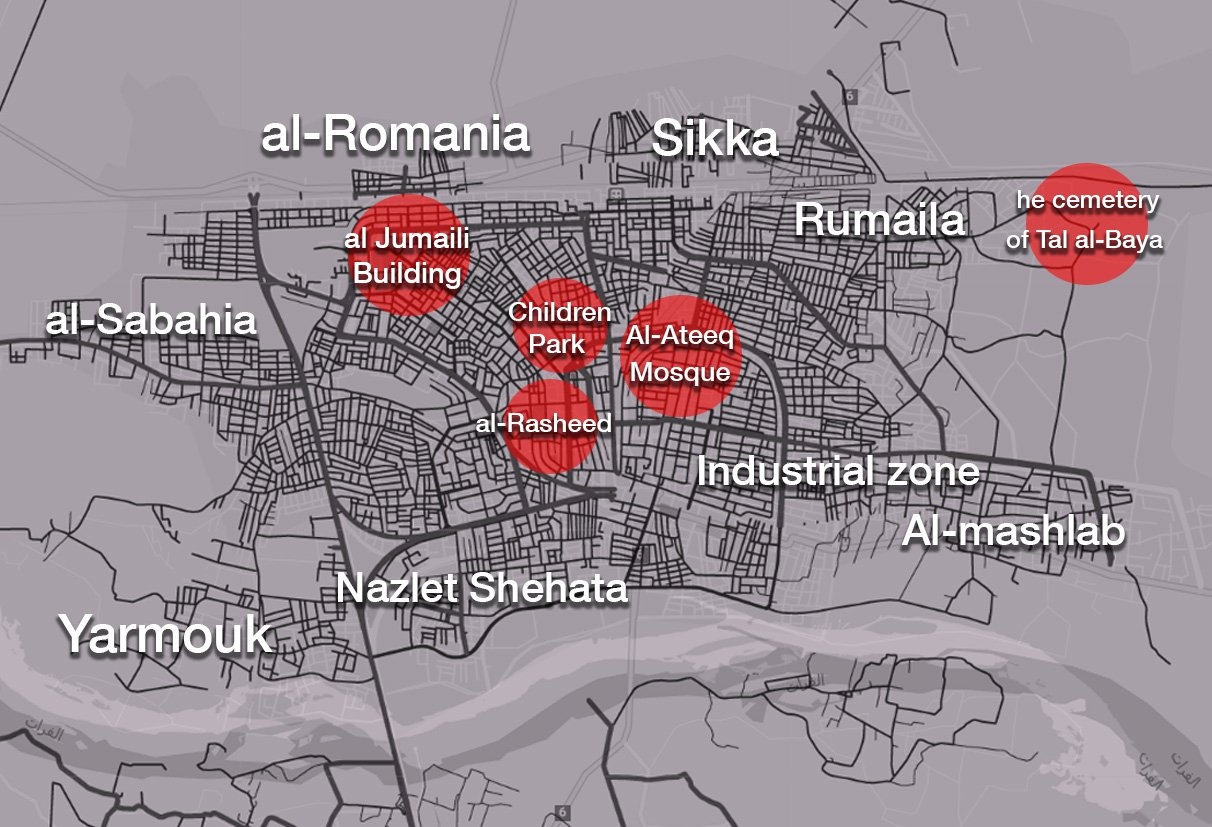 Pretty clean black uniforms (below) for someone exhuming mass grave victims, right? When the SDF does allow any press in, they generally drag out a few characters in scrubs or a doctor’s lab coat to make it look like they’re doing some kind of ‘forensics’ or identification. Not sure what the yellow safety vest guys are suppose to be. They don’t show you the part where they toss the remains in the back of a truck and dump them in the new mass grave in Tel Abaya. 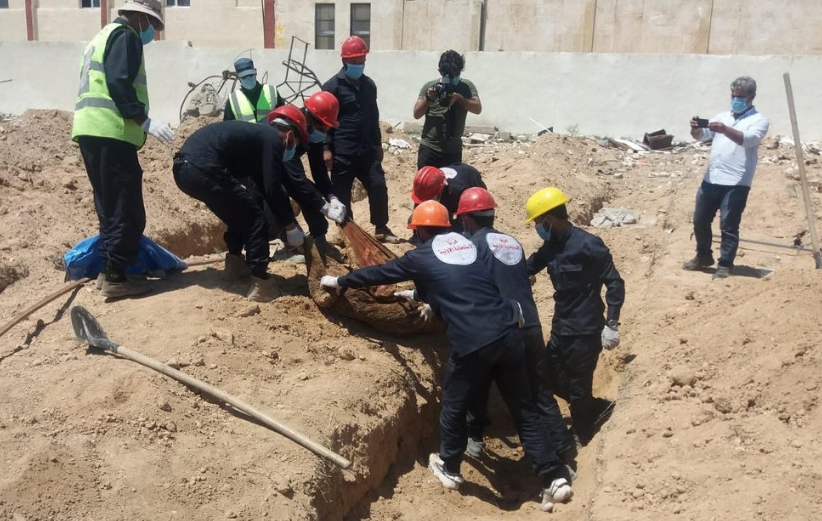 Thanks for the info and explanation, i really appreciate it!

Funny how the UN say nought, but, if that had been Russia or Syria, wiping out thousands of civilians, can you imagine the hysteria coming from the UN, plus, media?

Why did it take the UN so long, for failing to notice the genocide of 800,000 people of Rwanda? Will they do the same, turning a blind eye to what the invaders do in Syria?

Syria and Russia don’t “wipe out thousands of civilians”, zionist medias can spend billions of dollars and trillions of words telling that but it doesn’t change the reality – that in this world, two countries which are based on ethnic cleansing, the US and Israel, are the ones with “depopulation” plans.

“Will they do the same, turning a blind eye to what the invaders do in Syria?” 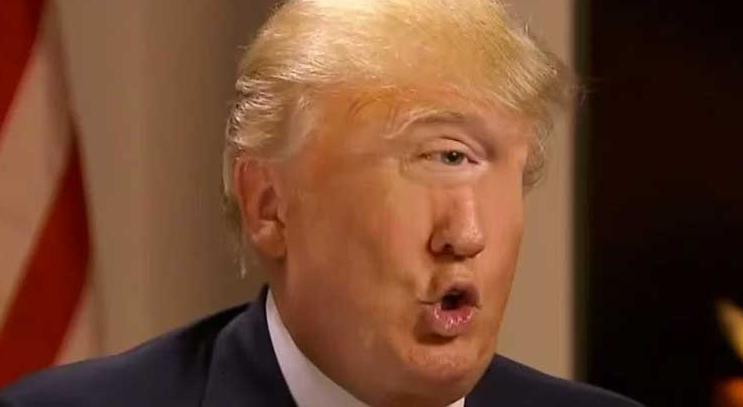 The important goal of USA strick was to kill as much as possible Syria people, if the collateral damage kill some terrorists, that was ok.

they failed…. they failed in every attempt to do to Assad, that which they did to Qaddafi….

They failed because after Iraq and Libya there was no popular support for yet another military intervention in another Arab country in the West. They tried, they tried so hard, but after the Cameron government suffered a setback in the House of Commons despite the socalled chemical attack it seriously derailed the West’s plans for several years. And now that Russia has stepped in anything other a punitive cruise missile strike has become impossible. Only point 2 is left open to them.

I doubt TASS would be able to find this out, and the number is at the very least highly inflated like those bodies would be. Even if 80 bodies were found, it would still be significant. But one could not blame it all on US airstrikes especially since the Kurds took the city from ISIS.
Fake news at it’s most blatant.

‘But one could not blame it all on US airstrikes especially since the Kurds took the city from ISIS.’

As usual you are attempting to minimize the criminal liability of US and its illegal occupation forces in Syria. SDF-Kurds ‘took’ Raqqa city only behind blanket and creeping US Marine artillery-howitzer fire, raining down on city for months. USAF strikes may well have killed many Raqqa civilians – but it was most certainly the US Marine artillery that killed scores of the remaining trapped inhabitants. See effective confirmation from US Marine’s own media – you can take their own word for it:

Sad to see Russia-Syria-Iran continue to defend ISIS by attacking those fighting ISIS. Since hiding 8,000 bodies is not possible, even in Syria, I will have to call this Russian Fake News. We are supposed to believe 8,000 died months ago and the US hushed it up. Turkey and Iran would have reported it at the time. More likely Amnesty International is pointing in the right direction- “said Russia-backed Syrian government forces had carried out indiscriminate attacks against civilians, reported to have included cluster and barrel bombs, in a separate campaign against the militants south of Raqqa city.”

Actually there have been reports by a few journalists in the MSM who have stated that Raqqa had been utterly flattened and that the US coalition basically bombed anything and anyone that moved, no regards for civilian safety. Amnesty has also accused the West. But their incidental reporting just never gets picked up by the rest of the MSM into a concerted campaign, like it does with Russian and Syrian airstrikes. Because apparently only reports that support the official narrative, Assad is bad and has to go, seem worthy of being taken up en masse.