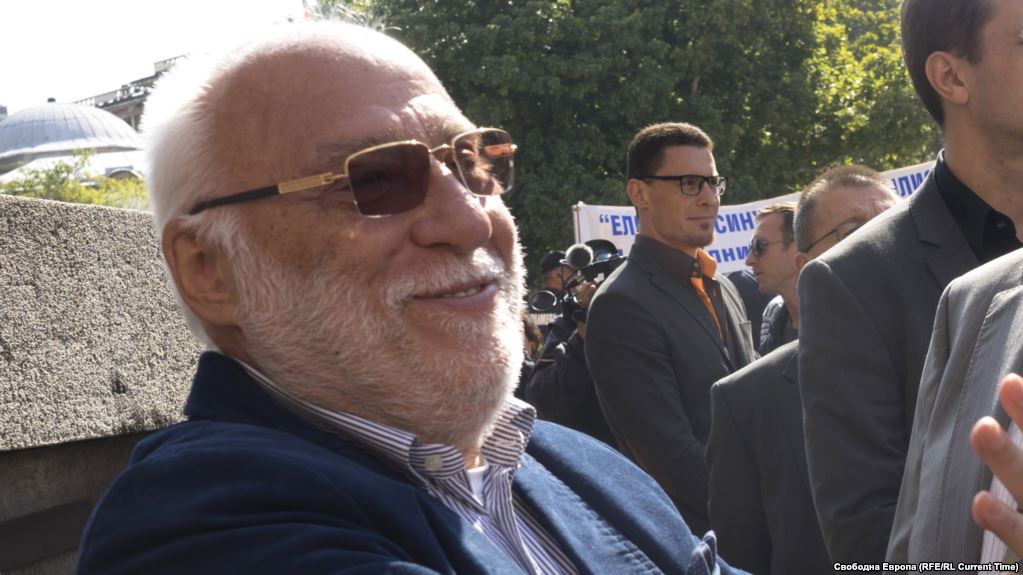 “Open source intelligence investigation website” Bellingcat claimed that a third suspect in the Skripal Case was also linked to a 2015 poisoning in Bulgaria, according to a report on February 7th.

“The third man, a 45-year-old Russian travelling under the alias Sergey Vyacheslavovich Fedotov, has been conclusively identified by Bellingcat as a senior GRU officer. Like the other two Skripal suspects, GRU officers Anatoliy Chepiga and Alexander Mishkin, his cover identity was created in 2010, with no prior records of a person with this name ever existing.”

Accrording to the claim, the alleged GRU officer Fedotov was also in the UK at the time of the Skripal’s alleged Novichok poisoning on March 4th, 2018.

The suspect was initially mentioned as a person of interest by Russian outlet Fontanka on October 10th, 2018.

Bellingcat and its “investigative partner The Insider (Russia)” traced Fedotov’s “prodigious travel itinerary since his cover identity was created in 2010 until his last overseas trip to London in March 2018.”

Throughout the eight years, the alleged agent “Fedotov” travelled all around Europe, Asia and the Middle East, “often appearing in hot spots just days before news-making events.”

According to Bellingcat, on April 24th, 2015, Sergey Fedotov arrived from Moscow to the Bulgarian seaside city of Burgas. He was supposed to board his return flight on April 30th from the capital Sofia back to Moscow.

However, he did not appear on it, since he had boarded a flight on April 28th from Istanbul’s Ataturk airport.

“Earlier that day, a Bulgarian entrepreneur, Emilian Gebrev, was hospitalized after collapsing at a reception he was hosting in Sofia. At around the same time, his adult son and one of the executives at his company fell suddenly ill. All three were hospitalized with symptoms of severe poisoning. Emilian Gebrev’s condition quickly deteriorated and he fell into a coma. Doctors surmised that the poison had been applied or consumed in the day or days preceding April 28. However, as they could not identify the poison, they could not be sure of its effects or mode of progression.”

All three later recovered. Gebrev needed close to a month to recover, however, he told Bellingcat that a few days after being discharged he felt suddenly ill and was re-admitted to hospital.

Bellingcat ties this to Fedotov once more travelling to Bulgaria on May 24th, 2015. He once more didn’t show up for his return flight on May 28th, but rather flew back to Moscow on May 30th from Serbia.

“One of them, Verifin at the University of Helsinki, undertook a thorough analysis. The lab was unable to identify the poison conclusively, but discovered traces of two different organophosphates in Mr. Gebrev’s urine sample: One of these they managed to identify as a strong pesticide, while the other remained unidentifiable with the standard testing tools for chemical weapons.”

Based on this timeline, Bellingcat deemed it necessary evidence to reach the following conclusion:

“The events surrounding “Sergey Fedotov”’s trips to Bulgaria closely match the pattern of his trip to and from the United Kingdom at the time of the Skripal poisoning. Fedotov arrived to London on a flight from Moscow on the same day as the other two GRU officers — these would be Col. Chepiga and Dr. Mishkin — albeit on a different flight. He was scheduled to fly back in the afternoon of March 4, 2018, the day on which the Skripals, both father and daughter, fell ill in Salisbury. However, like in Bulgaria, he did not take the return flight, checking himself out of the airplane several minutes before departure time. Instead, he flew back to Moscow from another European capital a few days later.”

Gebrev was asked why he would be targeted by the GRU and he was at a loss and had no idea. He is one of Bulgaria’s leading entrepreneurs in the defense manufacturing and export industry.

Therefore, Bellingcat came with a speculation that the reason for the alleged poisoning by GRU was his company’s exports of specialized defense-related equipment to Ukraine. Russia’s “endless aggression” towards Ukraine is infamous at this point. Another could be “ possible interest by Russia in a weapons manufacturing plant he controlled that was seen as strategic importance to Bulgaria and NATO.”

In response to the Bellingcat investigation, the BBC asked the Kremlin for a comment. A spokesperson gave the following response:

“We don’t know how far this corresponds with reality, whether it’s real at all.”

“We don’t know what the report’s authors based their work on – how competent they are – who they are – and whether this is true at all.”

Furthermore, on February 8th, the Kremlin Spokesman Dmitry Peskov gave the following response to the situation:

“There’s only one question: how is it possible that the use of some chemical warfare agent in Europe goes unnoticed in 2015? Why did we find this out only now?” Kremlin spokesman Dmitry Peskov said.

The Russian Embassy in the UK also dismissed the reports. “We are dealing with another story planted by the British security services. They are attempting to keep alive the story of the poisoning of Sergei and Yulia Skripal using carefully managed leaks citing ‘informed sources’,” the embassy’s spokesperson was quoted as saying.

Let’s see if Putin lies about him being a civilian and being exposed like an idiot again.

Yea, Bellingcat , absolutely. You know, they don’t have labs in Bulgaria and there is no way to analyse tests. It’s a pure miracle that the “victims” recovered. What’s the next gullible story?

So this bulgarian weapons dudes…who wants to bet he also sells to isis/al nusra. Funny fact…wasent old sergei dealing with these bulgars as well.

I think the 40 year old virgin and his chaps fucked up there. You told the truth without knowing it.

Loads of GRU special agents armed with dangerous staff poison everyone but nobody die, except by accident a homeless. I assume GRU is better prepared if this is true.

So, now its GRU armed with pesticides? Almost as comical as the 7/7 bombings caused by someone mixing peroxide and pepper in his bathtub, or the magic jet fuel that pulverised the WTC. If Britons and Yanks really believe this nonsense, there’s no hope for them. “A lie repeated 1,000 times becomes believable” according to Goebbels, but it’s doubtful if even he’d try his luck with exploding pepper and magic jet fuel.

The whole Scripal charade is akin to a bad ‘B’ movie that few want to watch, with MI6 as the lack lustre production company.

Come on MI6, give up with this idiocy.

In fact such silliness is creating huge rifts with the emerging powers in the world , with whom mutual trade is paramount for the well being of all.

The British Government in particular , seems hell bent of damaging relations with Russia, China, Iran and many other nations who lean towards nations freeing themselves from the yoke of the IMF and American Democratic Values.

Maybe they are to the US what the Bulgarians used to be to the USSR? When some dirty work had to be done the KGB let the Bulgarians do it. Plausible deniability and stuff. Like the attempt to assassinate Pope John Paul II.

As for this case, two things. First, motive. Where is the goddamn motive? It’s not enough to come up with an explanation as to how something happened, but the why is equally important, if not more. Just like with Skripal there is no motive. And secondly, all this amateurish poisoning stuff by the Russians, use a friggin’ gun or something. Hire some crime boss to hire some street thugs and let them gun down the victim. And then kill the crime boss yourself. Plausible deniability, remember? And if you’re gonna kill, try to come up with new methods of operations, no more of ‘this operation bears all the trademark signs of…..’ bullshit.

There is an old saying in the UK though , ‘ Bullshit baffles brains ‘. :)

I think the fundamental issue with England is that they look at 007 film and they believe it is reality.

You want to get rid of someone, in reality you beat, stab, shot, explode… the target.. in 007 you want to have the target eaten alive by rabid squirrels after having poisoned him with rare flower smell. Well, good luck with that, belling cat however outlasted his cousin, the ‘human right watch observer and Syrian kebab stand’ also posting from UK