March 29th draws nearer for the UK to officially leave the EU. The first ever departure from the European Union has been chaotic, however in recent week it has turned into what the British now call “omnishambles.”

“Omnishambles” has been named word of the year by the Oxford English Dictionary. The word means a situation which is shambolic from every possible angle, which the British can relate to in recent months. 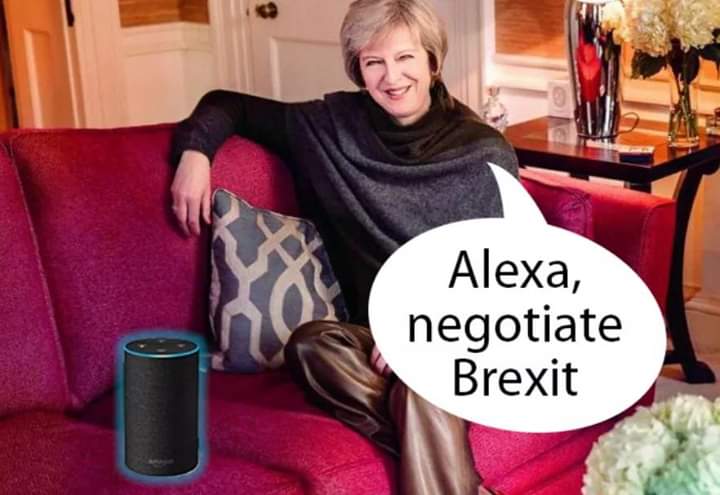 In June 2016 “Leave” won the Brexit referendum. However, none of the Brexit agitators built sufficient support to lead the government, thus it fell to somebody who initially campaign for the “Remain side,” Theresa May.

Somewhat unsurprisingly she didn’t handle it to everybody’s satisfaction. On November 14th, Prime Minister May finally unveiled her draft exit deal with the EU after 17 months of fraught negotiations with Brussels. A special meeting to sell her cabinet colleagues on the agreement dragged on for five hours, and when the prime minister finally emerged from 10 Downing Street to address reporters, she stood by herself in the darkness.

Theresa May faced nearly three hours of largely hostile questions in the Commons and could potentially face a vote of no confidence from Tory MPs. 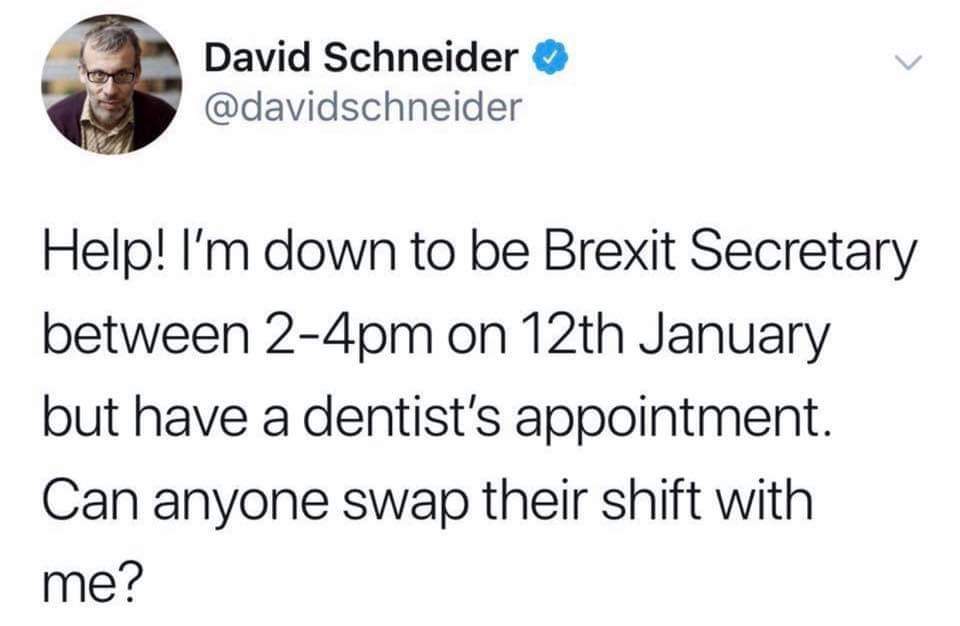 Any illusion of unity behind the deal was gone, by November 16th several of May’s ministers had resigned, including Dominic Raab, the Brexit secretary, citing “fatal flaws.” He also told the BBC the UK should be ready to risk a no-deal Brexit in the face of EU “blackmail.”

Dominic Raab – a Leave supporter promoted to the cabinet to replace David Davis who quit in protest at May’s Brexit plans in July.

Today, I have resigned as Brexit Secretary. I cannot in good conscience support the terms proposed for our deal with the EU. Here is my letter to the PM explaining my reasons, and my enduring respect for her. pic.twitter.com/tf5CUZnnUz

He told Kuenssberg: “I’ve been fighting for a good Brexit deal but the terms proposed to the cabinet yesterday [Wednesday], I think, had two major and fatal flaws.”

“The first is that the terms being offered by the EU threaten the integrity of the United Kingdom and the second is that they would lead to an indefinite if not permanent situation where we’re locked into a regime with no say over the rules being applied, with no exit mechanism. I think that would be damaging for the economy but devastating for public trust in our democracy.”

He said Theresa May needed a Brexit secretary who “will pursue the deal that she wants to put to the country with conviction. I don’t feel I can do that in good conscience.”

According to BBC Political editor Laura Kuenssberg an anonymous political source claimed that Michael Gove had been offered the job of Brexit Secretary and he was understood to be considering it, but to be asking for assurances that he could pursue a different kind of deal.

“Britain stands on the brink of the greatest crisis since the Second World War,” Johnson said.

#Brexit has collided with reality and now the cowardly bastards who plotted its course scramble for the lifeboats squealing ‘it’s all her fault! We could have magicked the icebergs away!’

This is a crisis. The country has the right to speak again. We need a #PeoplesVote.

The Pound Sterling lost quite a bit of its value and it is still 10% lower than its level before the Brexit vote in 2016. However, it did reach $1.30 following the announcement of the Cabinet supporting May’s deal, having fallen to $1.28 in the mid-afternoon on November 15th.

Businesses welcomed the agreement, with the Confederation of British Industry describing it as “an important step forward” towards a negotiated Brexit. 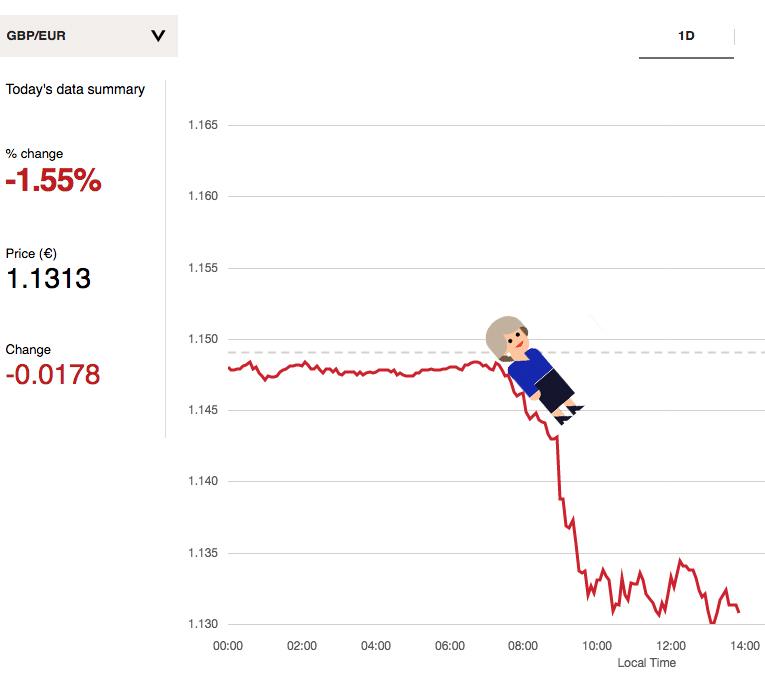 The first Ministers of Scotland and Wales issued a letter demanding an emergency meeting with Theresa May about a deal, which according to them is “symptomatic of the chaotic approach to the negotiations” and fails to take their best interests into account.

The draft deal could quite possibly fail a vote in Parliament and be sent to the drawing table. May could also possibly pull it back for some tinkering. There could also be snap elections.

Most scenarios that analysts and media speculate on include Theresa May losing her job.

Raab’s fears of EU “blackmail” may be turning into reality. As on November 15th BBC reported that EU leaders have dismissed talk of renegotiating the draft Brexit deal and warned the UK’s political situation could make a “no-deal” more likely.

German Chancellor Angela Merkel said there was “no question” of reopening talks, due to a document being “on the table.” French Prime Minister Edouard Philippe also warned that there could be no deal due to “uncertainty.”

“We still have a long road ahead of us on both sides,” the EU’s chief Brexit negotiator Michel Barnier said.

The deal is scheduled to be ratified by the end of November.

If nothing extraordinary happens, we will hold a #EUCO to finalise and formalise the #Brexit agreement on Sunday 25 November at 9h30.

European Council President Donald Tusk praised the EU’s chief Brexit negotiator Michel Barnier for his work on the deal. He said that Bernier made sure that the agreement “secured the interests of the 27 member states and EU as a whole.”

The following is a graphic showing what could possibly happen before March 29th. 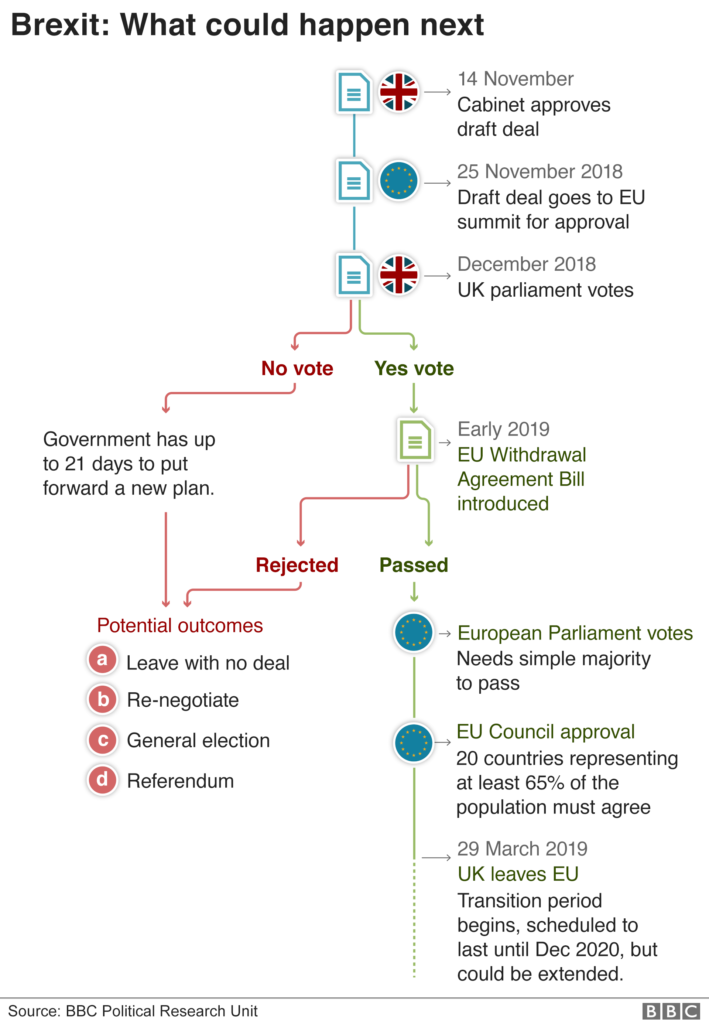 There is still time to salvage Brexit and, at least, have a deal that benefits the UK partly. However, under the wise rule of Theresa May, the entire Brexit scenario may turn into a fiasco, for which the British people will ultimately have to pay.

An excellent graphic of what the hell happens now, thank you.

I would pick out one small thing, where you state and that is why, “In June 2016 “Leave” won the Brexit referendum. However, none of the Brexit agitators built sufficient support to lead the government, thus it fell to somebody who initially campaign for the “Remain side,” Theresa May.”.

On June 2016 the Prime Minister at the time was David Cameron who had promised to see the negotiations through to leave the EU, after receiving the vote that the “Leave won”, he instantly (+- 18 hours, resigned and buggered off to join the other greedy traitors like Blair and co.. Then a long and drawn out vote was taken to vote for a new PM.

To make things more amusing, you could add the bits about the sudden call by May to call a snap general election.

May’s problem was the same as Cameron, and was the same as John Major in the 90’s, that their majority in the House of Commons was held hostage by a rabid Brexit minority in the conservative party, which threatened to derail their governments if they didn’t get their way. In the end it killed off Major’s tenure as PM and the Conservative chaos played no small part in helping Tony Blair win three HUGE Labor victories in a row. So huge that any Labor rebellions over Iraq never were big enough to threaten Blair, despite probably more Labor MP’s rebelling over Iraq then Tory MP’s rebelled against Major over Europe. Cameron’s last election victory did not net him a massive majority like Blair had, so the old divisive Tory specter of Europe materialized again. His gamble to shut them up with a referendum produced the opposite result, and May’s attempt to call an election to increase her majority, in order to marginalize the Tory Brexit rebels also backfired. Which leaves us with the current mess. Which in the end always revolves around the same problem, the inability of consecutive Tory leaders to deal with their Brexit rebels who then kept on holding consecutive Tory governments hostage due to them never achieving the kinds of massive landslide victories of the kind that Thatcher and Blair managed to achieve. And because of this party political problem in one party of a single EU country both that country and the EU have been thrown in turmoil.

What a f***ing banana republic!

I wouldn’t be surprised if the titans of the global[ist] stock exchange put together a plan to purposely manipulate the market is such a way to cause a reduction of monetary value in Britain’s currency.

I think it must be the right time for Russia to rescue the British Government, again, and poison some nobody with an exotic nerve agent.