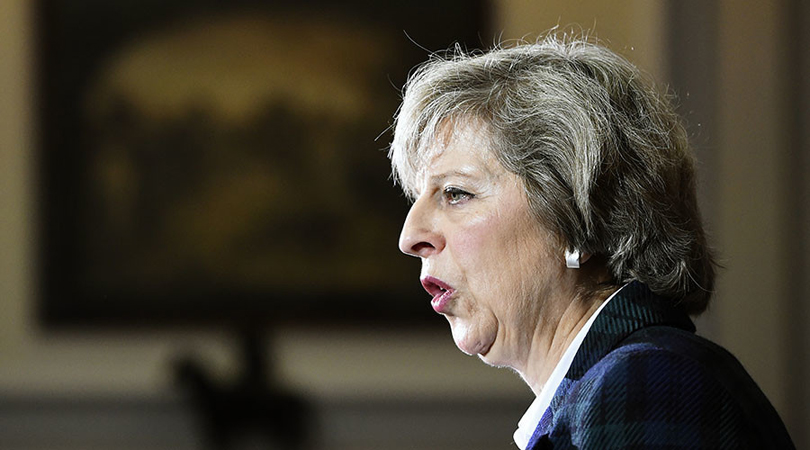 The current favorite to be next Conservative leader, Home Secretary Theresa May, has refused to guarantee the status of EU citizens after the Brexit. Her main backer, Foreign Secretary Philip Hammond, has the same point of view.

Theresa May has not calmed Europeans who have fear to be forced to leave the UK after the Brexit deal is done. She said that such guarantees could lead to an influx of migrants trying to move to the UK before the deadline.

Theresa May told that she would like to ‘guarantee the position’ of the 3.3 million EU citizens living in Britain now, but she could not make any promises about this.

‘She was saying it’s unwise to promise right now that all EU nationals living in Britain should be able to stay indefinitely. The reason for that is, if we did, the same rights would have to apply to any EU national who comes to Britain before we leave the EU,’ a May source told The Independent. ‘If we made that promise, you could just see a huge influx of EU nationals, who would all want to come here while they have that chance. It would just be a bad negotiating position, because we shouldn’t guarantee the rights of EU nationals without having any guarantees the other way about British nationals living in EU member states,’ an unnamed source added.

Foreign Secretary Philip Hammond also noticed that he ‘couldn’t assume’ that the status of the citizens of the 27 block’s member states residing in Britain, would remain the same after the UK’s leaving the EU.

He said that all decisions will depend on negotiations with the EU. ‘When you go into a negotiation all the parts are moving, all the parts are on the table, and it would be absurd to make a unilateral commitment about EU nationals living in the UK without at the very least getting a similar commitment from the European Union about British nationals living in the EU,’ Philip Hammond said.

However, the survey conducted by the British Future think tank showed that nearly 85 percent of British, including those ones who voted for the country’s exit from the block, support allowing EU nationals already living the UK to stay.

May’s opponents, Work and Pensions Secretary Stephen Crabb and Michael Gove, have another opinion on this issue. ‘I would allow EU citizens already in UK to continue their lives here, and expect the same for Brits in the EU. People are not bargaining chips,’ Stephen Crabb wrote on his Twitter.

Theresa May, a supporter of withdrawing Britain from the European Convention of Human Rights, always had a ‘special love’ for refugees and immigrants. During her work in Westminster, hundreds women and children, seeking for asylum, have been kept in detention centers across Britain before being deported from the country.