British Prime Minister Theresa May is in a bind and badly needs the threat of the Russian bogeyman in general and the Skripal poisoning scandal in particular. The unceasing attacks against Moscow are what she’s pinning her hopes on, in an effort to save her government, which is facing rough times.

The prime minister is under fire as her Brexit policy is being widely criticized by the opposition as well as within her own party. Calls for a new leader are being heard within the Conservative ranks. The plan from Chequers for the UK’s future relationship with the EU has been vigorously opposed by a large faction of Tories who view the proposed deal as a sellout. The BBC reported that a group of about 50 lawmakers, part of the anti-EU European Research Group (ERG), met on Sept. 11 to discuss the prime minister’s potential resignation. If just 15% of Conservative MPs (48) back a no-confidence vote, that is enough to launch the election of a new government. There’s no guarantee that the Brexit plan proposed by the government will win by the slim parliamentary majority that the PM hopes to muster.

The plan has also been rejected by the EU. The idea has been floated to hold another referendum on Brexit. Sadiq Khan, London’s mayor, has just announced his support for such a scenario. About two in five voters would be highly likely to vote for a new politically centrist party during a future election. Forty-seven percent of them believe Theresa May is not a strong leader.

The British economy is struggling with weak growth. According to the experts at UBS, a global firm providing financial services in over 50 countries, Brexit has already cost Great Britain 2.% of its economic output. Investment has dropped 4%, inflation has risen 1.5%, consumption has slipped 1.7%, and the REER (the real effective exchange rate) is down 12%. The problem of how to share power in Northern Ireland is still unresolved. Theresa May’s attempts to mediate have thus far failed to yield results.

With Russia cast as a major security and foreign-policy threat, Theresa May looks like a strong leader bent on defending her country. The PM hopes to boost the UK’s clout by forcing other nations to rally around it in an effort to “deter” and “contain” Russia, which would include a coordinated sanctions policy, cybersecurity, a military posture, and information warfare. In February, the UK announced it was shifting its defense strategy from a focus on non-state terrorist groups to Russia, China, and North Korea. The move was followed by Defense Minister Gavin Williamson’s demands to significantly increase military spending. The UK and the EU are in talks about creating a new defense pact. The US welcomes the idea. With the UK leading a new European alliance, its interests will be well protected.

It’s only natural that London is seeking to carve out a new role for itself in the new security configuration once it leaves the EU. A new defense pact allows the country to remain part of the European defense deterrent. Any pact needs a raison d’etre. The threat emanating from Russia fits that bill perfectly.

But there are snags in this process of spearheading the anti-Russian campaign. A new defense alliance cannot be formed, nor can unilateral sanctions against Russia be imposed, until the UK leaves the EU. There’s the rub! According to Security Minister Ben Wallace, “As long as we’re a member of the European Union we can’t unilaterally put the sanctions on; we have to do it unanimously in Europe.” The Sanctions Act has passed parliament but it will have to wait until March 29 — the Brexit date. Moscow has time to prepare for and minimize the effect of the sanctions. One issue is that Theresa May may not be Prime Minister by that time. The EU defense plans and the Russia policy might change after the May 2019 European Parliament election. It’s not known what revisions US foreign policy might undergo after the November 2018 midterms.

Everything could change, and Britain’s plans to bolster its international standing by leading the anti-Russian campaign might not yield the expected results. So, given that possibility, why spoil one’s relationship with a large country that has global influence and is of key importance for European security? The policy assumes increased defense expenditures at a time when Brexit is predicted to have a negative impact on the British economy. Can the UK afford that? With the US losing interest in NATO and shifting toward isolationism, the UK could spearhead the efforts to develop a new pan-European security system. The two countries could start by taking small steps, some of which have been recently proposed by experts from the two countries. Despite the tensions and mistrust, there are still ways to manage that relationship.

You bloody idiot May; the Country cannot stand you now, you despicable POS (the right + left +centre + Libtards); you add onto that, that we are going to suck the Yanker’s Cock even further – not a chance it will happen. Get out you Globalist bitch.

BREXIT going badly, so they need another poisoning in Salisbury, or even what they tried filming in Syria.

Wonder if the £4,000 a session, hooker, born in Russia, with the Israel passport, plus, her dodgy hubby. Didn’t he get done for having a strange interest in children’s photos, plus, whatever medication he can trade, has ruined May’s plans for Salisbury? Wonder if they are friends with Browder?

Or will she be going for this?

‘…During a weekly press briefing on September 20, Russian Foreign Minister Maria Zakharova warned that a threat of staged chemical attack in Idlib province is still high.

According to Zakharova, Hayat Tahrir al-Sham is supplying its allied militant groups with chemical agents with this purpose. She further noted that containers with sarin have been delivered to the national hospital in the city of Idlib.

The diplomat added that the White Helments could play a key role in the upcoming provocation. Women and chidren may become victims of the staged attack, she said.

Zakharova said that threats of the US to carry out a military attack on Syria in the case of chemical weapons usage are undermining attempts to promote a peaceful settlement in the war-torn country.

Allegedly, they have already filmed 8 videos, according to zencowboy61.

I know. Brexit will happen, but I am sceptical if she is still in charge; but I am getting more and more concerned about this new “closer” relationship with the US. We need a revolution.

Just feel as though we have woken up on ‘Planet Bedlam’. Even with a revolution, which I do believe has been planned, would anything sane turn up with regards leaders? 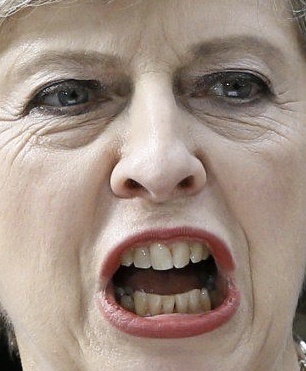 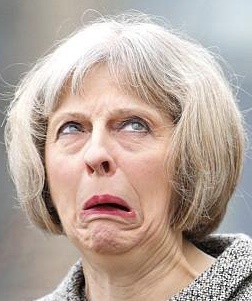 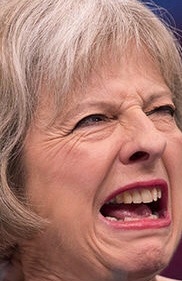 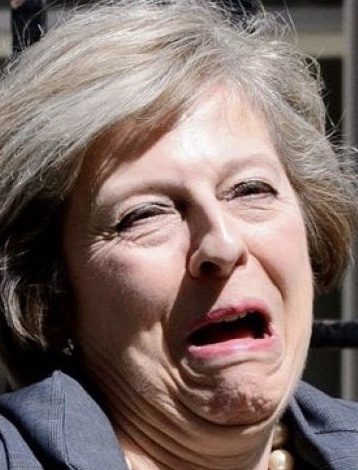 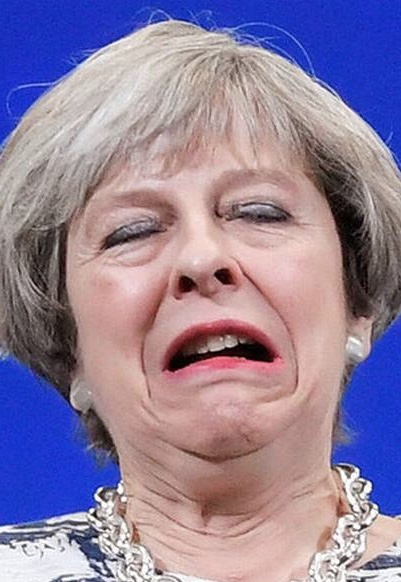 Here she is, the child, with Merkel, plus, the Lithuanian President. Why does the ‘Kinder Fuehrer, so come to mind’? Why do their eyes have no soul? 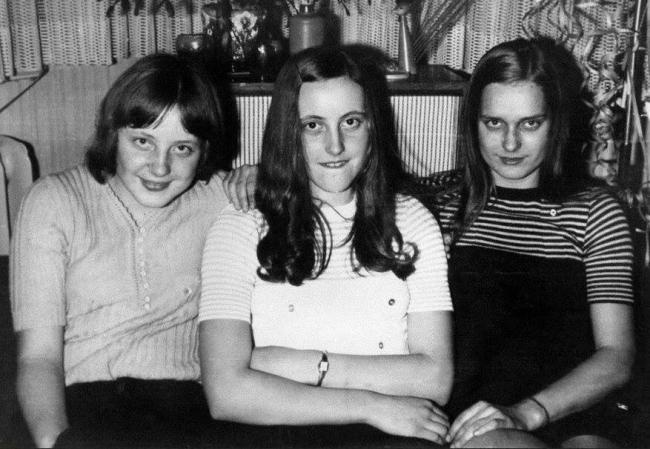 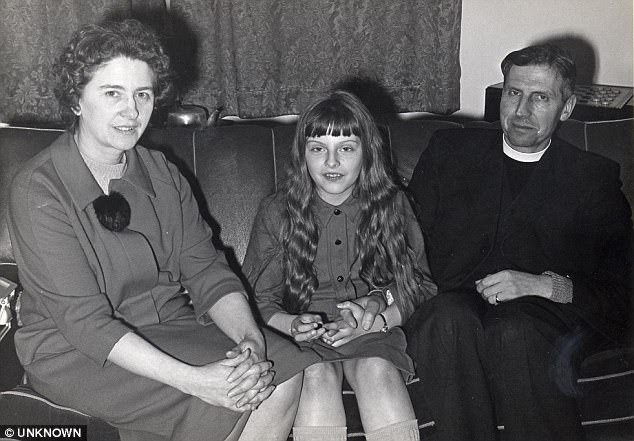 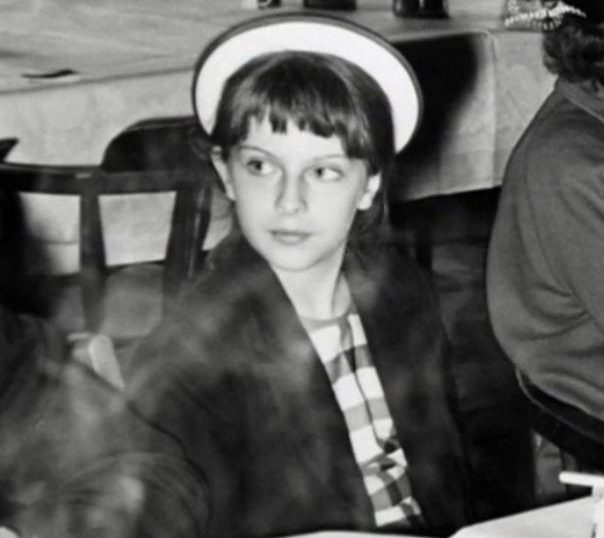 The Eyes are the Mirror of the Soul…and reflect everything that seems to be hidden..

Her late father looks demonic. The photo, I cloned from Frank, which turned up in some article. Would seriously not like to wish to bump into the girls on a dark, winter, night.

In the top pic, I see a girl who is being molested, by dad.

That’s what I thought too…her Dad looks like he was into Satanic Ritualism….and men with Robes like that often Abuse Kids…

Never bother with Soros funded Snopes. So sorry, did not check out link.

I’m sad to say that Snopes have been compromised.

IIRC, there’s some shady sources of funding which they’ve kept hidden from public scrutiny. Besides, I’ve always wondered how a couple alone could determine what is the truth. I won’t ignore them, but I won’t rely on them.

The nose and chest on May are different.

Merkel was raised by a priest! She was handed over as a baby to this priest via the Vatican when the Nazi elites escaped to Argentina. 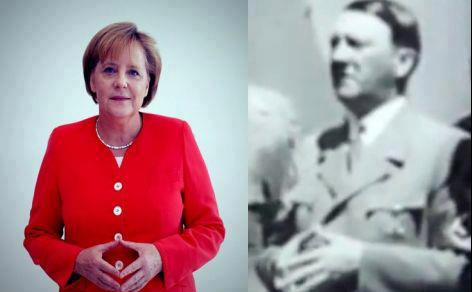 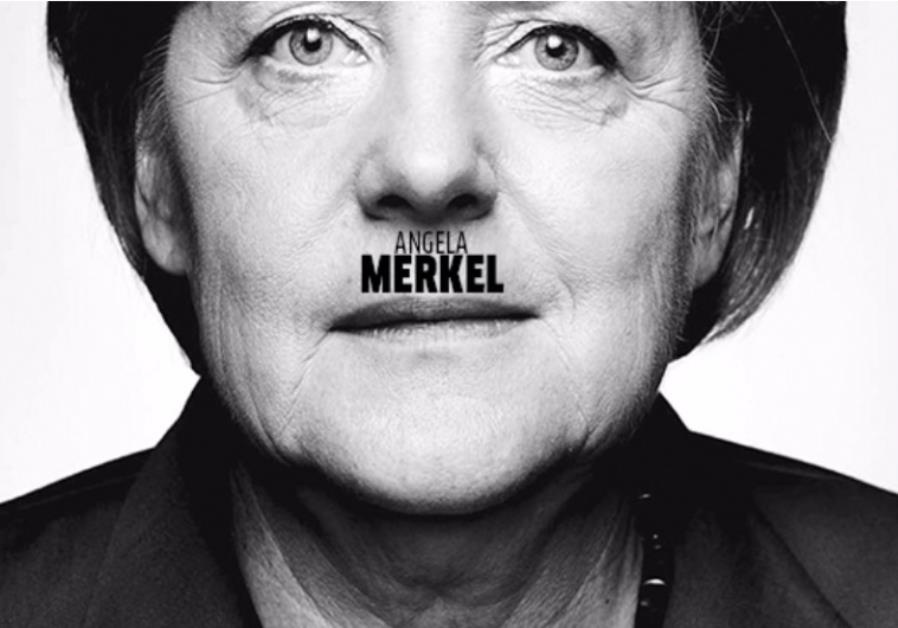 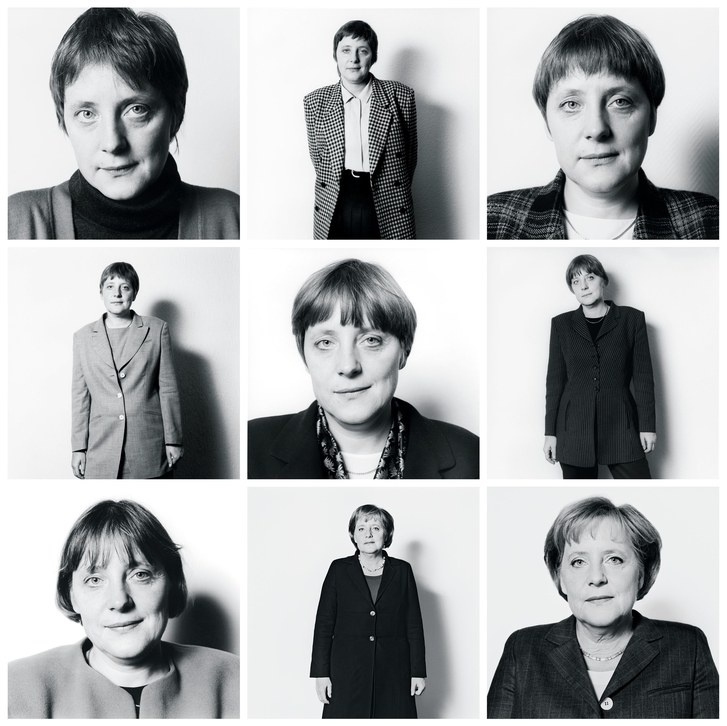 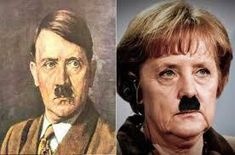 AM Hants
Reply to  Justin

Jail her together with Hitlary Clingon, Madeleine Albright, Merkel and Tymosenko.
And don’t forget take away all broomsticks, otherwise they could escape.
Wicked bloodthirsty witches – all of them.

Some Americans wince at the thought of Trump as President, but what about the poor British people stuck with the Medusa.

Cannot wait for her to get thrown out. However, Boris would not be any better, if he believes he will take her keys. She is beyond pathetic. Just gives orders, never listens.