According to Syrian National Reconciliation Minister Ali Heidar, Ankara tries to impose its presence in the Syrian crisis. 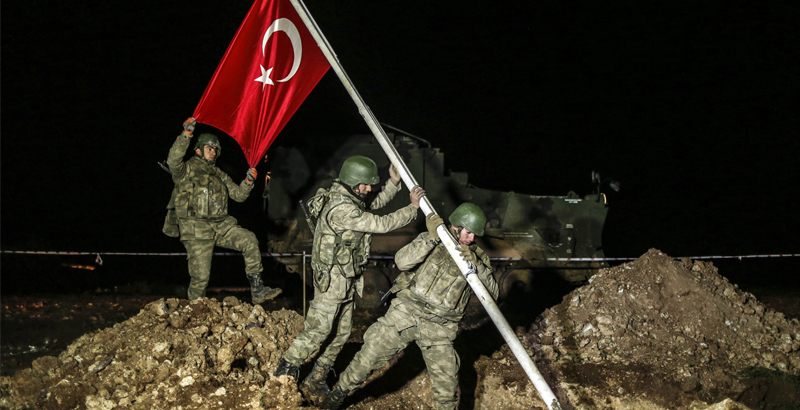 The Syrian political and military authorities must confront Turkish aggression on the territory of the country, Syrian National Reconciliation Minister Ali Heidar said, criticizing the Turkish Army’s invasion of northern Syria and claiming that Ankara tries to impose its presence in the Syrian crisis, the Iranian Fars news agency reported.

Heidar also stressed that the Syrian government’s position on the presence of the Turkish Army in the northern part of the country has not changed, and the actions of the Turkish side are considered by Damascus as aggression and violation of the Syria’s sovereignty rights.

“Specifying the place, time and mechanism for direct confrontation [against Turkish occupiers] is the responsibility of the country’s top political-military brass. It might be better to deal with this issue first through diplomatic channels in order to evade direct confrontation,” Heidar said, speaking about a possibility of a direct military confrontation between Syria and Turkey.

Earlier this month, the Syrian Foreign Ministry appealed to the UN and the UN Security Council, asking to make Turkey to end its military invasion of the northern part of the country, as well as to stop its attacks on Syrian civilians.

In a letter to UN Secretary General Antonio Guterres, the Syrian Foreign Ministry also criticized repeated violation of the Syria’s sovereignty by the Turkish Army, and noted that Ankara provides military, financial and logistic supports to terrorist groups in Syria.

The Syrian side once again called on the UN Security Council to meet its obligation to maintain international peace and security and make Turkey to stop its attacks against Syrian nation.

it is a matter of time before turkey and syrian forces start fighting….dont be afraid syrian army has nothing to fear form turkish army…you saw how “good” they fight.

There will be no significant fighting between the Syrians and Turks. For the simple reason that Russia will not allow it.

Russia gas been long time not the lord of situation.

Hope so. Otherwise they would have to invade Turkey

No there isnt for now.But in the future it is possible.

if that happens nato comes in help for turkey or not ?i fucking hope not

if it happens in the territory of Syria, no. If in Turkey then yes, NATO will get involved.

Syria should ask the greek goverment of helping the fighting the FSA terrorists with their fighter jets! Free Turkey shooting!!!!!!