The Russian aircraft carrier Admiral Kuznetsov passes within a few miles of Dover, in the southeast of England as a fleet of Russian warships sail through the North Sea, and the English Channel Friday Oct. 21, 2016. (Gareth Fuller/PA Wire (Associated Press)

The whole Syria must be “liberated,” Russian President Vladimir Putin’s spokesman said in a television interview on Saturday.

The statement came after the US State Demartment officially announced that the US-led coalition was not going to fight the Jabhat al-Nusra terrorist group because it was not the ‘goal’ in Syria.

Of course the USA is not going to fight the al Nusra terrorist group. The US funds that group and supplies their weapons. They are hired mercenaries. They behead little kids.

The same terrorists must be supported and defended while in Syria, but destroyed by all means if they slip to Europe.

lets not forget that in iraq US stayed cause of same al-Qaeda, and they attacked Afghanistan cause of Al-Qaeda, also they fought Al-Qaeda in somali, yemen and so on.. but when it comes to Syria, John Brennan, Ashton Carter and other SoB glorify Al-Qaeda and deliberately protects them for years while launching an informational war of unseen colossal scale again Syria slandering the legitimate army and police every single day.

I love the US and it’s people, but this sick terrorism support in pursuit of regime change must end and criminal US officials which did this must be executed publicly.

I know that most people don’t want a confrontation but people should stop any pretense that the US and its coalition is anything else other than the creator, funder, and trainer of ISIS and al Nusra.

It’s no pretense my friend but the pure reality at all levels checked and rechecked in the field. Unless you are one of them is very easy to see and understand what really happens there my friend.

The US overplays the hand it was not dealt. I should not even say overplayed because they were never in this fight. The desire of the Governments in the West to be a part of this will prove to be a very bad choice.
That being said looking at the other stories on the site Russia must start to consider a third option, that Turkey will be sitting in Damascus.

“Turkey will be sitting in Damascus” is not an option for Russia. An NATO ally taking over Syria will never happen.

Well while Damascus is still a way’s away they are closing on Aleppo as we write. I do not think they came all that way to turn around and go back home. The ranks of the FSA under the Turkish flag will grow, a ISIS disolves and folds into the Turkish-FSA the more clashes Turks have with YPG will bring in more Turkish troops. Contrary to the tin foil hats that think Turkey acted under some secret CIA orders to down a Russian jet, I think we could say that, that jet being downed is what Turkey thinks of Russian resolve in the area.

turkey was the one who prevented a federal kurish state in syria. why can’t you understand this. the kurds openly anounced that they will declear their federal kurdish syrian state after they capture al bab. why do you think russia and syria and it’s ally iran weren’t much furious about the turks entering syria.
do you want the kurds having their country in this maner?
don’t you understand what kind of hell will be created by a federal kurdish state in syria? you really should wake up from your beatiful peaceful kurdistan dream.

For to liberate Syria ,Lavrov have to stop the ceasefires every time S A A advances.

What is wrong with the Kuznetsov’s propulsion system?

Engines need a re-bore ! Always problems with this vessel.

Beside being a harm to environment, nothing else is wrong.

It is time for Russia and its allies in Syria to talk less and act more. After taking Mosul it is obvious that the USA and its allies will continue its advance to Raka with hundreds of special troops and dozens of coalition’s aircrafts, illegally entering in Syria under the pretext of continue fighting against ISIS falsely while getting putting down Assad.
Now it’s time to completely close the Syrian sky to illegal foreign aviation and bring more troops from Russia and Iran, putting up a stop to the Turks and shielding Syria as soon as possible.
Because it will have been in vain all the help provided to Syria for its allies and a great humiliation of Russia worldwide having to leave Syria without can doing anything more for its ally Assad in the near future.

That’s why China must step in.

Not very likely. Midas well ask for Mexico, about as much a chance. I dont think China wants any part of this mess. It will await a victor and do business with the winner.

So far its ISIS putting Assad down in that zone. Not even control of Pamyra and Der EL Zor. 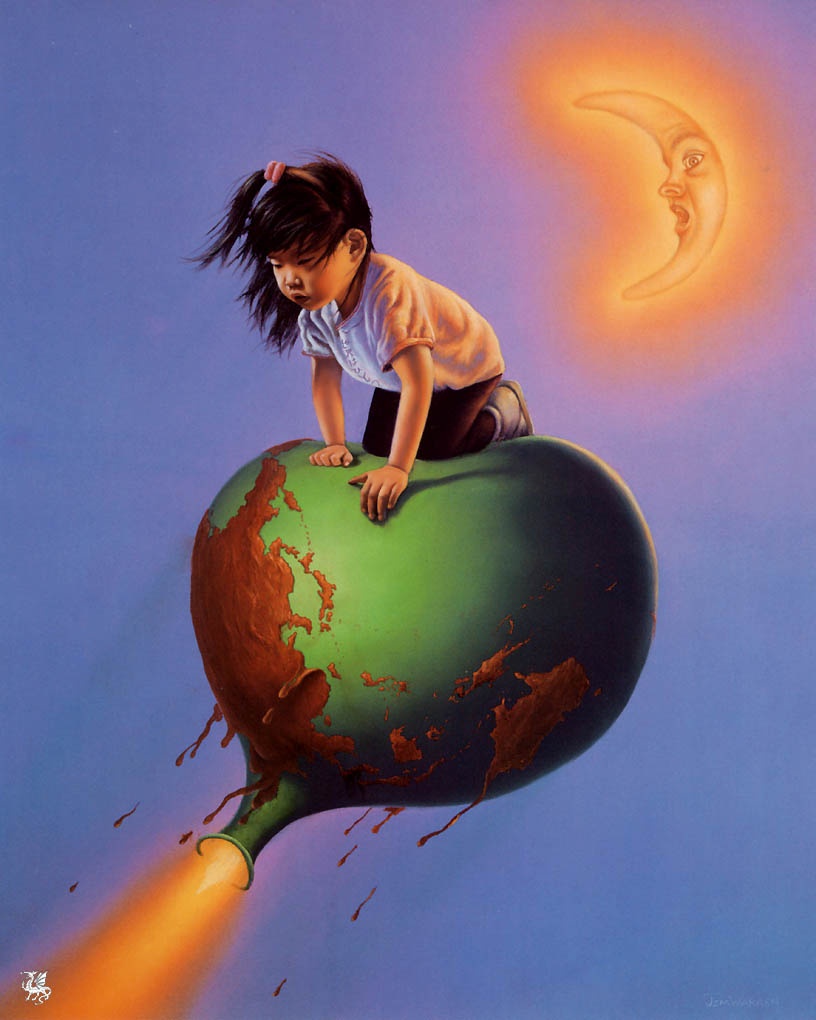 Obvios there are also ISIS among the Assads supporters in Hasakah. Dont think its OK Turks are killing Kurds in Syria as well as Iraq, when the PKK`s obvios are homegrown.

And You know Assads reduced will be nr 1 after ISIS. This terrible man and all his Bad support has to be removed and reduced.

It very pathetic, what You write. Syrians should support their goverment, but they dont. 8-10 milions are refugees and they dont want to fight for You – because You are not the future for any normal country and hasnt been for decades.

You write its not allowed to catch criminal murderes in their own homes. Heard before.

Assads abd Bads could have made reforms for many years. And what did they do – and do. They could have resigned as normal in normal countries. No, they didnt.

Where is the opposition. Well they are killed even with gas and artillery + normal procedure like jail, rapes in jail, other kinds of torture, deportation a.s.o.

I really hope russinans cant effort to stay and You get prison for many, many years, where I hope You will be very, very old.

What has russians accompliced: No change exept civil war and destruction of the misguided French Protectorat.

Seems like You dont know what same HUMAN RIGHTS to all are:

All human beings are born free and equal in dignity and rights. They are

endowed with reason and conscience and should act towards one another in a
spirit of brotherhood.

Everyone is entitled to all the rights and freedoms set forth in this
Declaration, without distinction of any kind, such as race, colour, sex,
language, religion,political or other opinion, national or social origin,
property, birth or other status.

Furthermore, no distinction shall be made on the basis of the political,

jurisdictional or international status of the country or territory to which a
person belongs, whether it be independent, trust, non-self-governing or under
any other limitation of sovereignty.

Everyone has the right to life, liberty and security of person.

No one shall be held in slavery or servitude; slavery and the slave trade shall
be

prohibited in all their forms.

No one shall be subjected to torture or to cruel, inhuman or degrading
treatment or punishment.

Everyone has the right to recognition everywhere as a person before the law.

Everyone has the right to an effective remedy by the competent national
tribunals for acts violating the fundamental rights granted him by the
constitution or by law.

No one shall be subjected to arbitrary arrest, detention or exile.

Everyone is entitled in full equality to a fair and public hearing by an
independent and impartial tribunal, in the determination of his rights and
obligations and of any criminal charge against him.

1. Everyone charged with a penal offence has the right to be presumed

innocent until proved guilty according to law in a public trial at which hehas
had all the guarantees necessary for his defence.

2. No one shall be held guilty of any penal offence on account of any act or

omission which did not constitute a penal offence, under national or

international law, at the time when it was committed. Nor shall a heavier

No one shall be subjected to arbitrary interference with his privacy, family,
home or correspondence, nor to attacks upon his honour and reputation. Everyone
has the right to the protection of the law against such interference or
attacks.

1. Everyone has the right to freedom of movement and residence within the

borders of each State.

2. Everyone has the right to leave any country, including his own, and to

return to his country.

1. Everyone has the right to seek and to enjoy in other countries asylum from
persecution.

2. This right may not be invoked in the case of prosecutions genuinely

principles of the United Nations.

‘You’ don’t know how to write English..

Sorry my friend for my poor english, but it’s not about my language skills but look to share our humbles opinions. Have a nice day.

You are fine, Look at the arrow above, it will show you this was directed at another post. Your English is great, not a problem.

Agree, Im humble too. To many autists dont learn to behave ven if they reach a high age and seems very bright as well.

But You do understand.

Might try my SMS english next time. But You are right about it. I has only been speking english very well formany years in a tourist area until 2 months ago.

I haved improved a little, but now You know my avatar name and can bypass it from now.

But thnks for the evaluation.

Not only with Isis but fighting them will be the pretext, to put together the pro turks and all the region’s rebels moderates or not, including Al Nusra and al qaeda guys, all against Assad, with the only goal to put him down.

Raqqa? With what? They have no forces and they will not commit the US Army.
The Kurds will now be forced to join Russia/Syria as they are attacked by Turkey and its islamists.