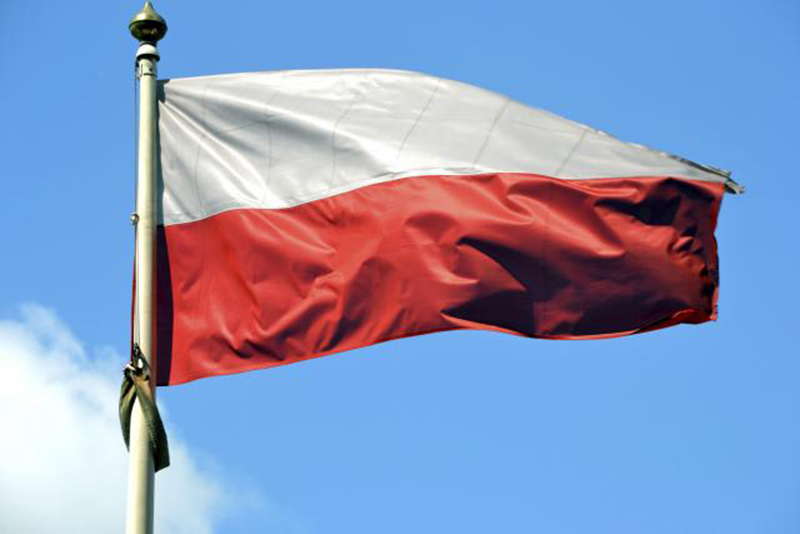 Originally appeared at IN4S, translated by A. Đurić exclusively for SouthFront

The moves of the new Polish government, such as taxation of foreign banks, placing under control the state media, opposition to immigration of asylum seekers, came under attack by the European Commission and the Western liberal media. Mateusz Piskorski, geo-politician, a former envoy to the EU Parliament, President of the Polish party “Smiana” exclusively for Srbin.info answered questions about the current Polish government, relationships with the US and Russia.

Poland faces possible sanctions from the European Commission for alleged “violation of press freedom and the rule of law.” Is it a sign that the new Polish government shows an example of resistance to the New world order?

This is not the case of resistance to the New World order. The Polish government is definitely pro-American (even more than the previous government), the neoliberal (Deputy Prime Minister Mateš Moravecké is a long-associates of foreign banks and corporations).

Government of “Law and Justice party” in Poland is indeed really opposed to Germany and Brussels on the issue of asylum crisis. I was also quite open to cooperation with BRICS countries, such as China. However, this same government, desperately seeks from Washington to set up permanent military bases on Polish territory. So this is not a case of strengthening Polish sovereignty, but only case of the conflict between power centers, Berlin and Brussels to Washington.

One of the biggest challenges for the European Union is future referendum on the UK exiting the EU. Are the requirements for EU reform that David Cameron sets a new opportunity for the pro-independence forces to return Europe to the people or is it just another scam?

I would said that it was just another globalist scam. Geopolitically Britain is outside of Europe, continental Europe of course. It is rather an aircraft carrier for US in Europe than sovereign country.

The new Polish government has stepped up cooperation with Hungary, and other members of the Visegrad Group (Czech Republic, Hungary, Poland and Slovakia). Do Central European integrations may present for Poland a viable alternative to the rule of Brussels?

Yes, in my opinion they are definitely an alternative. But only if we define Central Europe as a zone free from the influence of the United States, as a group of countries willing to cooperate equally with Germany, Russia and China. And all the countries of Central Europe should leave NATO as soon as possible. Then we would actually have an independent bloc of countries. He could work on joint projects, such as connecting with a new Chinese silk road, or finding a peaceful solution to the conflicts in the post-Soviet space, primarily for the conflict in Ukraine. I hope that our differences in the future will not be so great that we can not participate in joint projects.

Will the new Polish government continue with the anti-Russian policy of the previous government?

The Polish government is exceptionally anti-Russian inspired, and will continue to lead such policy, all until they get different orders from Washington. The US uses the Warsaw as provocateurs against Moscow. Even if today the national interests of Russia and Poland are no longer opposed.

The Poles are idiots. Last in the queue when they issued common sense.

The Poles cooperated with Hitler, as the first nation, they singed a cooperation agreement with Hitler right in 1934. Then they cooperated with F and UK. They believed, that F and UK will help them, after the outbreak of the WW2. F and UK dropped them. NATO/US will drop them as well…..

ahh btw i love Stalin!!! because he was the only person which killed more than 20mil of Russians only by himself. Your country heroes.

yes, the bloody polish mentality is shining from you.

OMG who told you that Poles cooperated with Germans/Hitler??? our enemy for 2k years on this land??? WHO??? go back to history books you morons. But remember that in every history book you will find different stories so try to reach knowledge by yourself!! you stupid morons. Muahahaha Poles cooperate with Hitler… look how much your brains are washed.

yes bro, you cooperated. pilsudsky was a fascist and your country divided czechoslovakia together with hitler. you were not better than germany or russia. otherwise. 2000 years ago there were no slavic people. otherwise2: you began the total ectinction war against russians in the 16th century. after ww2 the russians were very kandly to your coubtry when gave for polish nation silezia. they took only est poland, what ethnically eas not polish. check the maps from the the end of 19. century.

1938-1939! Hiler always suggests joining as an ally to war with Russia – Poland refuses – WW2 war breaks out and the result of an agreement Ribbentrop (Germany) -Molotow (Russia), Poland is divided between Hitler’s Germany and Stalin’s Russia (the area of ​​Polish forces enter the German and Russian)

2. 1919 – Czechoslovak troops enter and occupy militarily Polish Zaolzie inhabited by Poles (in this time on the east Poland leads a war with Russia)

3. War Polish/Lithuanian – Russian lasted several centuries and most frequently the aggressor was Russia (the last completed the third partition of Polish and liquidation of the Polish state)

Lower Silesia attached as after WW2 previously belonged for several centuries, and also to the Polish (the Czechs, Germans also) Upper Silesia before WW2 was in Poland

you decied czechoslovakia together with hitler. this is hard fact.

czechoslovakia did not take any square meter frompoland, becouse poland did not exist in that time.

you attacked czechoslovakia together wizh hitler!

the russian answer to polish congiqeror wars was o logigal step. you began the all chain of wars, when in 17th century attacked moscow, burned down and massacred all inhabitents (small part sold as alves for turkeys)

you are a criminal nation like vikings. be happy, that stalin killed in katyn anly soldiers. bacous after ww1 in your camps died hundreds of thousends russian soldiers (in russian less then 3000) due to starvation. wrandler massacred tens of thousends russian civils, including women and children. stalin was in right to forbidden your country again.

fighting with the facts :)

you have terrible shortages of basic historical knowledge