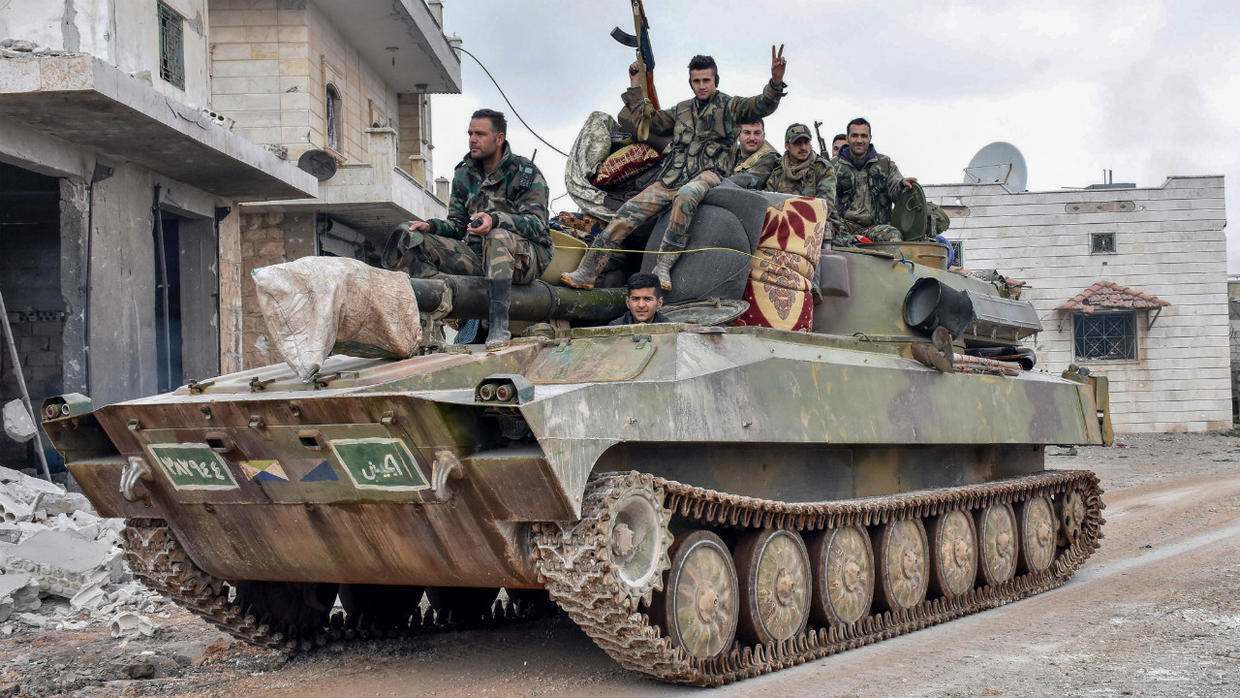 On January 27th, US Secretary of State Mike Pompeo urged Russian, Iran and the Syrian government to halt their offensive on Idlib.

In his statement, Pompeo said that the US was concerned over the situation in the area.

According to him, the military assault is causing a humanitarian crisis affecting “hundreds of thousands” of civilians in Idlib Province, the last rebel stronghold where millions have taken refuge after fleeing other parts of Syria during its nearly nine-year civil war.

“The destabilizing actions of Russia, the Iranian regime, Hizballah, and the Assad regime are directly preventing the establishment of a ceasefire in northern Syria, as called for in UNSCR 2254, and the safe return of hundreds of thousands of displaced persons in northern Syria to their homes.”

He alleged that the Russian, Syrian and Iranian forces were directly targeting civilians and not armed terrorists. And as has become customary, the US threatened to impose heavy sanctions on President Bashar al-Assad’s government.

“The United States condemns these unjustifiable attacks against the people of northwest Syria.  We call for an immediate ceasefire and full access to the affected areas by humanitarian organizations to alleviate the suffering of the hundreds of thousands that have fled the incessant bombing.  The United States is prepared to take the strongest diplomatic and economic actions against the Assad regime and any state or individual that aids its brutal agenda.”

In response, the Russian Ministry of Defense said that it “wasn’t surprised by the hypocrisy” of Mike Pompeo.

“Over the entire period of Russia’s active confrontation with international terrorism in Syria, there has not been a single public statement by the US Department of State in support of this fight. Moreover, all the State Department’s teachings on Syria and “concern” about the alleged suffering of “civilians” are published exclusively at the time of the crushing defeat of terrorists and the long-awaited release of peaceful Syrians,” he said.

He further said that US State Department silently supported the offensive operations from the Idlib de-escalation zone, by those same “innocent civilians,” who somehow have artillery and armored vehicles, and are part of the Hay’at Tahrir al-Sham.

“Against this background, the State Department’s silent support of the powerful and coordinated offensive from the Idlib de-escalation zone of large forces called by M. Pompeo “innocent civilians” with artillery and armored vehicles belonging to the Syrian branch of al-Qaeda – “Jahgat al-Nusra” was not surprising.”

He underlined the success of the anti-terror operation in Idlib:

“As of the morning of January 29, as a result of defensive actions and a counteroffensive by the Syrian government forces on the border of the Idlib de-exclusion zone, 8 “innocent” tanks, more than 15 “innocent” infantry fighting vehicles, 49 “innocent” cars with large-caliber weapons were destroyed and, many “innocent” Jihadists were captured “Innocent”, 4 “innocent” shock UAVs and dozens of artillery pieces of various calibers …

Konashenkov concluded by saying that it was precisely US State Department and the US who were the principal propagator of the difficulties in restoring peaceful life in Syria.

“The reason for the main difficulties in restoring peaceful life by the Syrians is precisely the State Department, which does not disdain anything to implement the most severe sanctions that block any food, medical, clothing and financial assistance to truly innocent peaceful Syrians in the territory of their country freed from terrorists.”

Russia should query the US and ask them when are they going to rebuild Raqqa and Mosul the 2 cities destroyed by the US and coalition with countless lives lost and injured.

Will never happen. Rebuilding is always paid by the conquerred country. See Germany and Austria. The story is that US rebuild it, but reality is, that Germany paid it with all Patents lost, materials seized, engineers and technicians forced to work for US, and all wealth abroad confiscated. By the way: Did US give back the Gold belonging to Poland and other countries seized in the Merkers mine?

If Pompeo actually wants Assad to halt the offensive, he should suck on his dick and hope it’s good enough to put him in a favorable mood because USA’s threats and lies have long since gotten boring and washed out. It still wouldn’t work but it’s a better shot then repeating the exact same lies since a decade or so ago (since the Libyan disaster).

Pompous Pompeo is not worthy of anything except ‘disgust.

They openly lie, they openly defend these “innocent” terrorists, they don’t even hide it anymore. Trump, Pompeo and other demon commanders can come directly to Idlib and fight side by side with their “innocent” terrorists. The US and its allies no longer know how to cover up their lies when the terrorists they love begin to be crushed on Idlib so that they blatantly blame Assad and his allies. What is unfortunate is that there are still many westerners who believe what they say about Syria, even if it is completely absurd and contrary to reality. I wonder what chips have been implanted in their brains.

Indeed! We expect war propaganda, and we are sceptical about it, but the above Pompeo stance is just so ridiculous it’s like smashing egg after egg on your own face and expect that people believe what you say!

Pompeo was the best US could do for this position. He looks like a mobster, and acts like on. Admitting that lying is his business without the slightest regret does say all. I asume that they are afraid of losing, with the prospect, that evidence of the CIA support of the terrorist will show up, and their names linked to it. A fast forward move of SAA will not give much time for the culprits to destroy any evidence.

These chips I suspect, Joe. :)

ROFL! The joke of the month!

US cant do jack shit about Idlib, their terrorist buddies are being eradicated, no more ceasefires.

These statements are not meant as an intellectual rebuke or warning, they are issued for a target audience.

Unfortunately irrespective of how nauseating or blatant the lie or hypocrisy is the Western warlords know that the media conglomerate nurtured and controlled by them and their friends will not question it in any way.

Instead the headline in the print media will be about the warning the civilians the Assad thugs blah blah blah. The celluloid media Fox CNN Sky MNBC etc etc will ram the same excrement though peoples TV screens and laptops and it works!

The number of people that have absolutely no idea how much their knowledge of the Syrian coup has been manufactured and twisted is truly shocking. Just ask a work colleague anywhere in the West for a brief summary of Syria and let your jaw drop to the floor is disbelief. You’ll soon discover that stupidity is worth its weight in gold to the warmongers and Zionist

The General said it all, bravo. :)