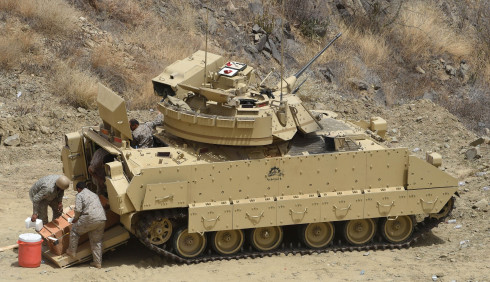 The Saudi-led coalition in Yemen isn’t a coalition, but a crusty gang

This article originally appeared at Muslimpolitic, translated from Russian by Anonymous Info Agency exclusively for SouthFront

Between different units and squads in the so-called “Arabian coalition” , increasing tensions are already growing into full-scale clashes, wrote “War and Peace” with reference to The Washington Post.

For example, a military unit in Aden pf A. Hadi supporters tried to take control over the presidential palace from the local police. The police answered with fire, before they were surrounded by Hadi’s supporters, forcing them to retreat. The clash came after protests by local police who were dissatisfied with the lack of medical services. At same time another group has slogans calling for separation of Yemen. Their leaders says they are not afraid of Hadi, his government, or the Saudis. They demand one thing – separation of southern Yemen.

In addition to this, the most active are the fighters of “Al-Qaeda in the Arabian Peninsula” (AQAP) who trying to take advantage of the political vacuum in the country. The extremists have already taken government buildings and checkpoints in the capital of the southern province of Zinjibar. Also under their control are regions in the neighboring province of Hadramaut. The next target of the extremists may be province of Abyan, where in 2011 they proclaimed their own state.