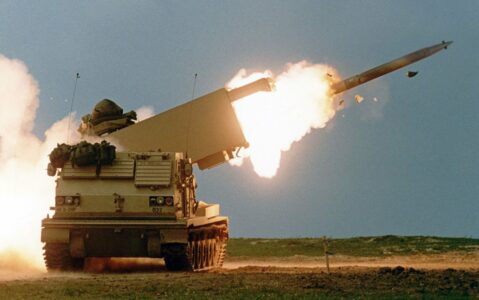 And you will see there that though the stock-price of Lockheed soared after Russia’s 24 February 2022 invasion of Ukraine, the rise in its stock-price actually started on 3 December 2021. Perhaps that was when U.S.-Government insiders got their first clear indications that the U.S. Government was going to force Russia to invade Ukraine in order to prevent Ukraine from ever being able to join NATO so as for the U.S. to place its missiles only 317 miles away from The Kremlin.

Here are all of the headlined news-stories at the New York Times site on 3 December 2021, all 45 of them, and here are all 3 of the ones there featuring national defense or international relations:

“Shell pulls out of a U.K. oil field targeted by climate activists”

“With No Resources, Authority or Country, Afghan Ambassador Presses On”

NONE has to do with national defense or international relations at all, but 100% of the news-stories are instead domestic-affairs articles, even the ones on global warming and on the former Afghan Ambassador, and on the Chinese tennis star. This fact (0 out of 45 being ‘defense’ or international-relations) goes to exemplify that if anyone is interested in warfare or other international-relations topics, it’s NOT the general public. Who might it be, then? Perhaps it’s the types of people who control firms such as Lockheed and other ‘Defense’-contractors — firms that sell only to the U.S. Government and to its allied (or vassal) Governments such as in NATO, and so these firms need to control their own Government in order to control their sales-volumes and their profits — which they manifestly do (the U.S. Government is bipartisanly neoconservative — pro-increasing the U.S. empire)

Here are all of the headlined news-stories at the New York Times site on 23 November 2022, and these are the 8 international-relations stories there:

“Will Mexico Be the Next Venezuela?”

“Buffeted by Economic Woes, U.K. Starts to look at Brexit With ‘Bregret'”

“Even the Saudi Team Is Stunned After Its Victory Over Argentina”

“England Had a Game, but First Its Fans Had a Quest. For Beer.”

Five of those 8 concern international relations and national defense. All of a sudden, after Russia invaded Ukraine on 24 February 2022 because America rejected on 7 January 2022 Russia’s demand on 17 December 2021 “Article 6: All member States of the North Atlantic Treaty Organization commit themselves to refrain from any further enlargement of NATO, including the accession of Ukraine as well as other States”, America’s public care at least a little about international relations and national defense.

But: Is Ukraine actually about defending America, at all? Of course, it isn’t, but it very much is about Russia’s national defense, because it has the closest border to Moscow of any nation, being only around 300 miles away from The Kremlin. Though keeping Ukraine out of NATO is a national-defense imperative for Russia, it’s no national-defense issue, at all, for America. It is purely a neoconservative issue for America. It is a U.S.-and-allied billionaires’ issue, NOT authentically about “defending” the United States. It is, instead, actually, the most effective marketing campaign for the billionaires who control Lockheed Martin and its Government, the U.S. Government. And THAT is the reason why NO billionaire — not a single one of them in either the U.S. or the UK — advocates for and donates to, writers and organizations that are anti-neoconservative: anti-imperialist. Not a single one of them is and does. They are invested in warfare, against their ‘competitors’ (the countries that they DON’T yet control, and which they therefore are obsessed to “regime-change”).

Nobody wants to buy shit Russian technology. Compare Lada to Toyota or BMW.

lol you total moron. than why is russia still the worlds second largest arms seller, after the usa? all nato countrys and usa allies must buy us or nato country weapons only. without that, russia would be no.1