The US and its Western allies conceal ceasefire violations in Donbass by Kiev’s military, hackers said after obtaining the emails of top Ukrainian official overseeing the truce.

The CyberBerkut hacktivist group claims to have hacked the emails of Major-General Andrey Taran, Chief of the Joint Centre for Ceasefire Control and Coordination in Ukraine. The hacked emails contains satellite images proving multiple violations of the Minsk peace agreements between Kiev and the People’s Republics by the Ukrainian military. 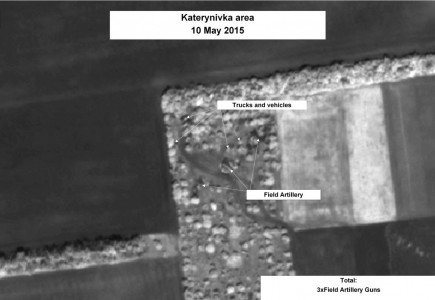 The pictures, dating March, April and May 2015, showed Kiev’s 100-millimeter field artillery guns, 122-millimeter D-30 and 2S1 Gvozdika howitzers, 152-millimeter Hyacinth-S howitzers and Grad stationed in the immediate vicinity of the borders of the Donetsk and Lugansk People’s Republics. The heavy artillery and Multiple Rocket Launcher Systems are placed less than 20 kilometers away from the contact line. 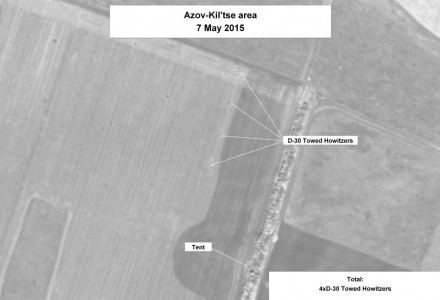 We remember, cccording to the Minsk ceasefire agreement, both sides were to pull-out of all heavy weapons and create a security zone from 50 to 140 kilometers.

Also, hacked emails came from a staff member of the US Embassy in Ukraine, Tetyana Podobinska-Shtyk:

“[I am] sending you pictures which can become a serious problem for you! Think about how you can explain them, if the [OSCE] monitoring mission obtains them. Consult the team leader and think about a possible action plan, how you can justify them or present them as fake,” Podobinska-Shtyk wrote in a hacked email. 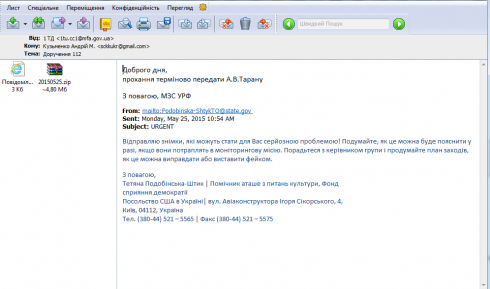 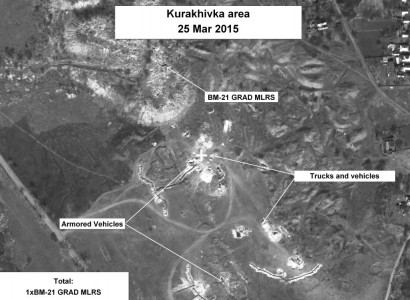 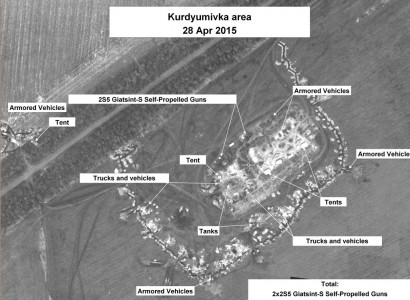 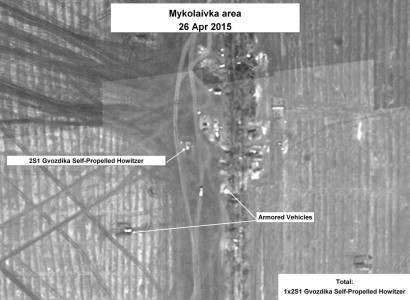 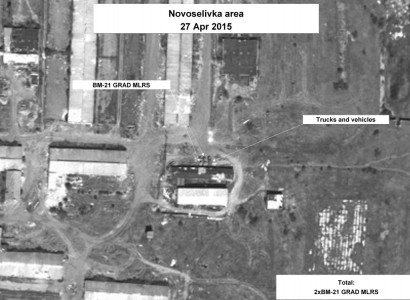 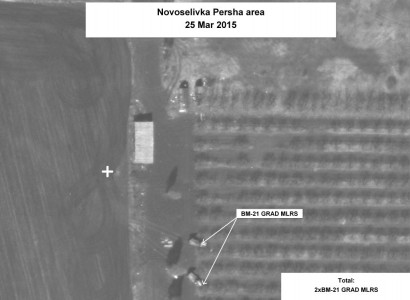 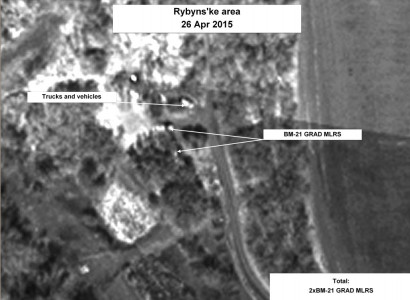 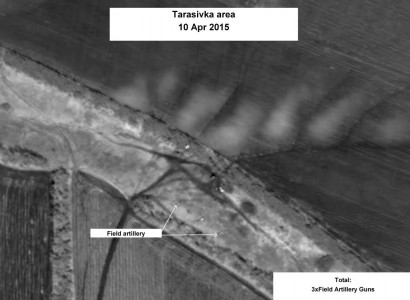 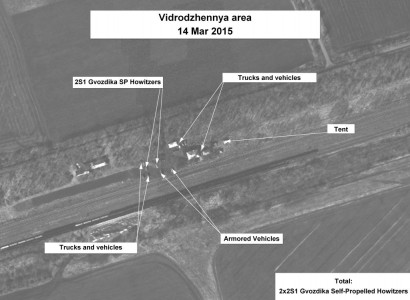 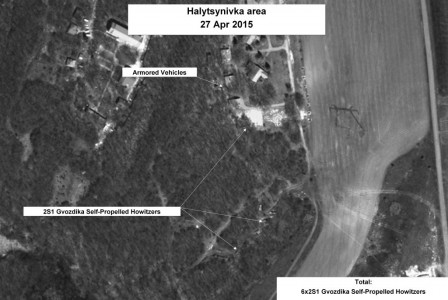