The mass shooting in LGBT club of Muslim will give arguments to both contenders in the presidential race, and will deepen the rifts in society. 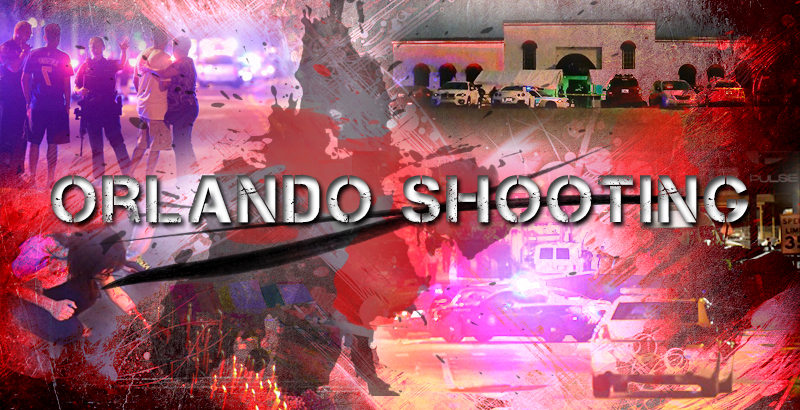 82 a day. This is the average number of people killed by firearms in the United States in 2015. On an annual basis the number exceeds 30 000. In comparison, for ten years in Iraq, US casualties were 4491. The backstage war in the streets enters the media at least every ten days, when there’s a mass shooting. There have to be at least four people shot for a shooting to classify as a mass shooting. The scenario is repeated with a disheartening monotony. The media gets a burst of adrenaline, Breaking news, panoramic pictures of the scene by helicopter or drone, a somber sheriff reporting the situation before a forest of microphones and a generic speech by the president. He always pleads to restrict the sale and carrying of weapons. He does it differently, sometimes emotionally, sometimes rationally cool. After the carnage in Orlando, his statement demonstrated a hint of brokenness and fatalism. “We have to decide is this the America we want. If you do not make a decision, that is also a solution, “Obama declared. The spectacle of presidential powerlessness is a recognition of the impotence of the institutions before the blackmail from lobbyists from the powerful NRA (National Rifle Association), whose members include five million Americans. No local politician in an election period can ignore the NRA. Even the radical Bernie Sanders pleaded for a “reasonable” solution to the problem of weapons. And that problem is colossal.

It is estimated that in the hands of US citizens there are about 300 million barrels, 106 million handguns, 105 million rifles and machines guns, and about 83 million hunting weapons. In this respect, the United States is a global leader with nearly one weapon per capita (323 million). Second in the ranking is the troubled Yemen. Legislation related to the possession of personal weapons is not tightened but liberalized, despite Obama’s position and the pressure of many civic organizations.

In 2005, Florida adopted the so-called Stand Your Ground Act, which entitles the holders of weapons who come under attack, to use it for self-defense not only in self defense, but even when they could freely flee. The law applies when a person is attacked anywhere, not just at home.

By 1980 only the laws of five states be allowed citizens to carry guns outside their homes. Today, that right is affixed legal in 44 states.

From the 1th of January 2016, Texas, as if in defiance of President Obama, permitted holders of weapon legally carry them openly. Moreover, restaurants, schools, institutions and stores that have something against the people with guns walking in, must explicitly declare it in order to take advantage of their right to not be attended by the new cowboys.

But the tragedy in Orlando goes far beyond the traditional debate for and against the possession and carrying of weapons. The reasons are several. Attacked was a LGBT club, and victims of the carnage are people from the sexual minorities. The same whose right to marriage was legalized by the US Supreme Court in June 2015 then President Obama rashly said that “love is victorious.” Perhaps legally, but not in morals. Nowhere in the world has homophobia taken a similar number of casualties in a single act of violence, as in Orlando. The second difference of the tragedy in Florida is the profile of the perpetrator: a 29-year-old Afghan. Muslim. Neighbors and acquaintances describe Omar Matin as a pious loner who attended the local mosque 3-4 times a week. According to the imam – a quiet young man, according to his ex-wife – unbalanced and prone to violence. 20 minutes after the start of the bloodbath, Matin rang the emergency number 911, to swear allegiance to the “Islamic State”, as claimed by investigators. FBI confirms that Matin was on the list of American citizens suspected of contacts with Islamists, and as such was interrogated in 2013. “Islamic State” was quick to acknowledge the crime of Mattin 12 hours after its commission. Its unclear whether the terrorist organization was involved in the preparation of the act or simply put their stamp of approval on the crime of the Afghan, but the crime is classified as a terrorist act.

The quoted circumstances turn the tragedy in Orlando the focus of several major stakes of American politics: Islamist terrorism, attitudes toward Muslims, sexual differences and possession of weapons. The bloodbath will hysterically exacerbate, the already sharp tone of the presidential campaign. Republican candidate Donald Trump used the occasion to remind of his idea to prohibit Muslims from entering the United States. Although absurd, given that 3.3 million of them live on American soil anyway, the idea is ​​meeting approval among wide circles. In turn, Hillary Clinton, whose campaign focuses on the rights of sexual minorities will have to answer the question of how she would protect them since recognition of rights, obviously does not guarantee the safety of the LGBT-community. The two candidates will be in a vise. The powerful lobby of gun owners can not be ignored, but after a tragedy like this, the status quo is not a solution and promoters of more stringent regime will be on the attack. Donald Trump has already received the support of the NRA and has chosen his camp, but his camp is sufficiently burdensome. The “Washington Post” has already accused the Republican of a “complete lack of empathy.” Hillary Clinton was pressed by circumstances to choose the other camp, but if she does, she will have to find arguments to convince her armed compatriots of the need of a new regime for the possession and carrying of weapons. Finally, the tragedy in Orlando is further proof that after years of invulnerability, terrorism has again struck on US soil. This is at least the third case, after the explosions at the Boston Marathon and carnage in San Bernardino.

The massacre in Orlando will not arbitrate the outcome of the presidential campaign, but it will raise the temperature. It will put topics at the center of debate, that were recently discussed with political correctness. This is another step in the escalation of the campaign, and experts are unanimous: the pre-election atmosphere in the United States has not been this explosive since 1968.

So a Muslim homo wasted fifty of his fellow fags (suck a cock, get the glock eh eh)

The left wing have started massacring each other lol.

Donald Trumps suggestion of not letting in any more Muslims into the USA is not only far from absurd but the only reasonable thing to do if done in connection with other measures. He is totally right about that: Regardless of what you do, if Muslims keep pouring into the country like today, then all other things that you actually do will be in vain.

South Front, RT, Sputnik, you name it. many of the Russia-friendly news outlets seem to have a rather moronic left wing bias, of which this article is a depressing example.

First I placed my comment, then I went on to read other discussion contributions. As I can see, I could spare my job. U nailed it.

this moron, this Ivo CHristov, does criminalize all weapon owners. This moron does not understand, that the ordinary citizen has the weapon to protect his RIGHTS, constitutional rights, against corrupt politicians, who throw arround laws, contradicting constitution, who steal and loot local municipalities and the state. This moron is simply a Soros paid troll.