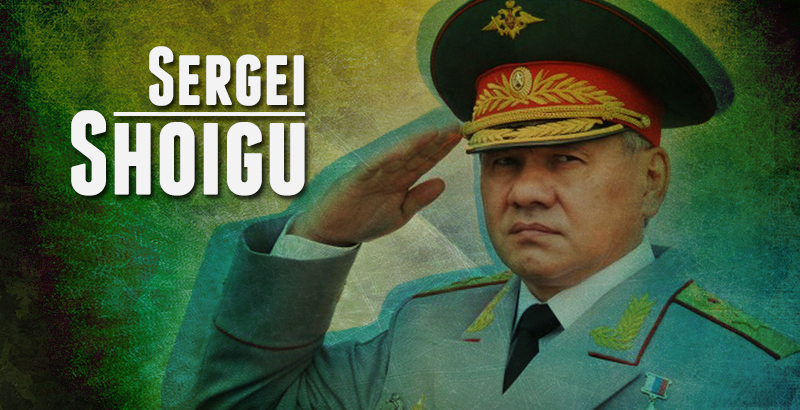 Russian Defense Minister, Sergei Shoigu, said in his interview that more than 100 portable Javelin anti-tank missile systems were at the disposal of the Taliban that were captured following the US withdrawal from Afghanistan.

The head of the Russian Defense Ministry made the comparison when answering the question if the Taliban is now better equipped than the Ukrainian Army.

“If <…> the U.S. delivered Javelin systems to Ukraine, I don’t remember, a few dozen, or something like that, then there are more than a hundred of them in Afghanistan. They even were not transferred, but simply passed into their hands, ” Shoigu said.

Sergei Shoigu clarified that it may be supposed that the Taliban is better equipped that Ukrainian forces when speaking about the ratio of weapons per thousand soldiers.

Sergei Shoigu said that the rearmament program for the Central Asian countries, like Kazakhstan, Kyrgyzstan and Tajikistan, would be continued, so that militants from Afghanistan do not come there.

According to the former U.S. Navy reservist, Republican congressman Jim Banks, the Taliban has seized up to $85 billion worth of U.S. military equipment. This includes 75,000 vehicles, 200 aircraft, 600,000 light weapons.

“The Taliban now has more black hawk helicopters than 85% of the world” – The Independent cited the congressman as saying.

Jim Banks stressed that in the case the captured equipment is used against an American, “the blood will be on Joe Biden’s hands”.

Moreover, on August 27, the Taliban asked again the residents of Kabul to hand over their weapons and ammunition within a week. The representative of the movement, Zabiullah Mujahid, said that the weapons should be transferred to the relevant authorities of the Islamic Emirate.

A Russian general a few years back said that if Russia was ever attacked via Ukraine, the Russian response would be devastating. In a matter of a few hours, most of Nato’s equipment would be fried by electronic warfare means, most jets shot down, and the entire tank fleet nearly wiped out or rendered useless. They would be in Kiev in a day, max 2 since the entire Ukranian Army would desert en masse and probably go over to the side of the Russians, leaving the Ukrop CIA idiots alone to fight with their penises in their hands.

Well, someone said something similar about the American made F-14 Tom Cats that fell under Iranian hands after the Islamic revolution in 1979… And they are using those until now… If it worth, there is always a why to fix it.

Im quite sure Pakistan and China will help out with maintenance and training,np.

It would be interesting to see how long the Ukranazis would last against the so called Afghan Nstional Army.

Because building roads isn’t something Modi’s fascist voters care about.

But it does make sense when you look at who is the neighbor of the U.S.’s new trained and armed proxy army. Israel’s proxy terrorists are there too.

Not only that, but better skilled, tougher and smarter…

But, ironically, the Taliban fundamentalist ideology is product of US, Pakistani and Saudi involvement in 1980’s Soviet-Afgan war. The Saudi’s were involved with US and Pakistan drive to actively oppose Soviets – and Saudi’s took that opportunity to start heavily pushing their Whahabbi ideology into Pashtun areas by building madrases to teach it to new generation. Result, by mid 1990’s, the Taliban.

Blackhawk maintenance and spares were controlled by US contractors. They will deteriorate rapidly without either. Although its embarrassing, the US doesn’t have to do anything much here, as the operational fleet will just dwindle into cannibalized hacks. If at all possible, given US economic blockade etc, Taliban’s best option would be to sell them quickly whilst still viable to third party developing state. But have to be third party capable of cutting backroom quiet deal with US for both sale approval and then supply logistics packages. They would have to spin it – that actually this would greatly benefit US twofold, politically as their helos would be out of hands of very public foe, and, economically as more ongoing OS contracts for US contractors. But bruised US ego’s may not be interested.