At least, Western politicians has a strong proof of the Russian military intervention in Syria. Russian Naval Repair Dock in Tartous has been in service since the early 1970s!

This article originally appeared at Almasdarnews

In August of 2015, the United States Air Force observed the 1st anniversary of their “deterrent airstrikes” on the Islamic State of Iraq and Al-Sham’s (ISIS) positions inside the war-torn country of Iraq.

However, there was not much to celebrate, as ISIS seized the Nineveh Governorate’s provincial capital of Mosul in the Summer of 2014, along with a substantial amount of territory in the Al-‘Anbar Governorate.

The U.S. airstrikes did little to obstruct the terrorist group’s advance inside Iraq; so, they decided to form a joint coalition of countries they would later dub the “Anti-ISIS Coalition” in order to halt ISIS’ spread and protect their allies in the region.

Fast forward nine months later, ISIS is still a force in the region, having spread to the North African countries of Libya and Egypt, all-the-while the U.S. President Barack Obama repeatedly applauds the “success” of the Anti-ISIS Coalition.

It took one year for Russia to join the party; however, they did not receive a warm welcome from the U.S. Government and their allies.

In fact, Russia’s recent proliferation of military assets to the Syrian port-city of Tartous has been criticized by many western politicians, including the U.S. President; this did not seem to bother the Kremlin or their leader.

After all, why should this bother the Russian Federation? Their Naval Repair Dock in Tartous has been in service since the early 1970s, contrary those uneducated analysts that spread rumors such as “Russia is building a base in Tartous.”

What were these missiles? A senior officer in the Syrian Arab Army was unable to reveal this information, but he was able to confirm that these were not “anit-aircraft missiles”, like many reports alleged.

Of course, it would be uncharacteristically odd if the U.S. did not respond to Russia’s provocation; and low-and-behold, the U.S. Air Force launched a series of airstrikes over the ancient city of Palmyra – a city the Syrian Army is attempting to recapture.

According to a military source in east Homs, the U.S. Air Force began to carryout airstrikes in the Palmyra countryside after Russia escalated their participation in Syria.

The military source added that the U.S.’ tactic was to allow ISIS to combat the Syrian Armed Forces inside eastern Homs, while paving the way for Islamist rebel factions to concentrate on the embattled SAA elsewhere.

With Russia’s increased participation, the U.S.’ reservations of attacking ISIS in areas like east Homs and east Hama had been inadvertently illuminated by the Russian presence – or did the Russians already know this? Only time will tell. 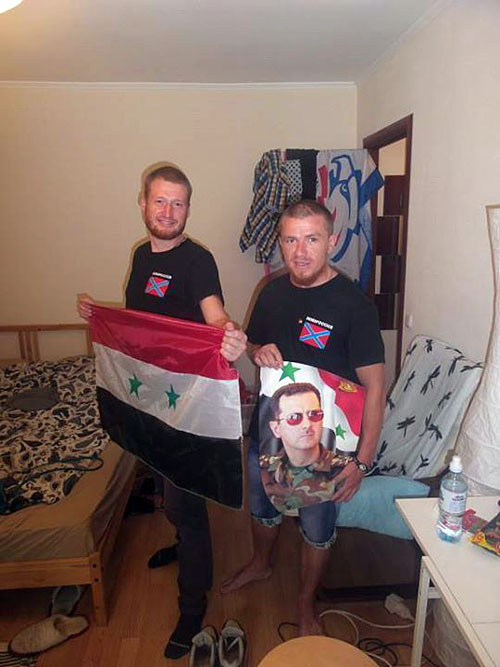