The Pentagon does not acknowledge its guilt for the attack by coalition aircraft of the field camp of the governmental armies of Syria. 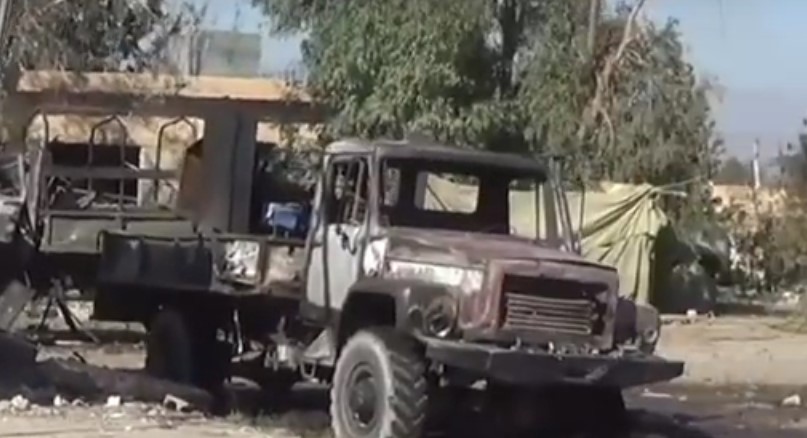 However there was one more proof at the disposal of the Syrian army that the air strike was done specifically by planes of the international group, and not the AFS of the Russian Federation. Soldiers have found the valve of a rocket of western production with an inscription in English, reports LifeNews .

Earlier today, the Ministry of Defense of the Russian Federation announced that militatry aircraft from two countries in the western coalition were in the sky over Deyr-ez-Zor on the day of attack of the Syrian army. Here, the official representative of the military department explained that the Russian aircraft did not fly to the field camp on the day of the attack .

Let us recall that the Syrian Ministry of Foreign Affairs has already sent a note of protest to the UNSF because of the nighttime air raid of the international coalition headed by the USA on Deyr-ez-Zor province. Governmental armies of Syria have suffered from actions of foreign pilots for the first time during operation of the international coalition in Syria. As a result of the attack, three soldiers of the SAR army were killed and ten were wounded.

Most people by now know full well who is pulling the strings over their. And most people in the US are now awakened that Americans do not run America, but instead Israeli citizens do. We call it (ZOG) Zionist Occupied Government.

“I know my way. I know the Hand that formed this vast plane into harmony and being will guide ME safely home. Above the sandy, barren waste, beyond the bril- liant moon, the twinkling stars, there is a Greater Light. I see the Light and know its force, its power, and I will not fail because I recognize it as the Light that shineth in darkness, as the Spirit that moves upon the face of the deep, as the Mind that lives, breathes, surges through ALL and eventually guides all into Unity with its own.”