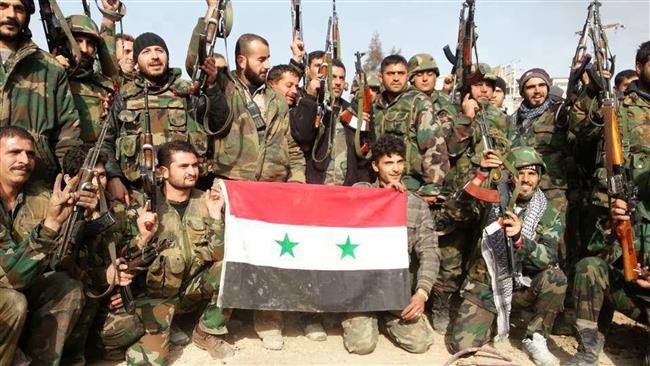 The Syrian government forces conducted a massive operation against the al-Nusra Front and other terrorist groups in the Dara’a province, the SANA news agency reported. The military destroyed hideouts as well as a vehicle, both full of terrorists.

In the past days, the Government forces have made gains in the Dara’a province while supported and covered by the Russian and Syrian air forces. As a result, a commander of the “Islamic Muthanna Movement” was killed in the city of Sheikh Maskin.

Separately, the Syrian army troops engaged in battles with the Takfiris in Tal Kurdi area close to Douma city in Eastern Ghouta in the Damascus countryside, according to the Lebanese al-Ahed news website.