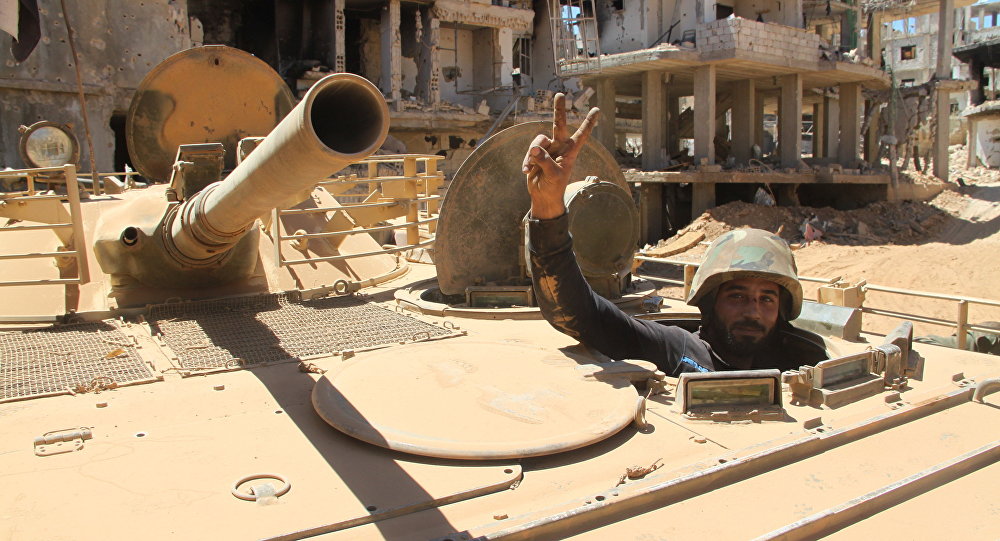 It is reported that yesterday, terrorists of Jaysh Al-Fateh launched a wide-scale offensive in the Hama Governorate’s northern countryside to capture several points along strategic Aleppo-Damascus Highway controlling by the Syrian Arab Army’s (SAA) .

The reports say the terrorists seized an imperative village of Al-Buwaydah, two military checkpoints after a series of firefights with the Syrian Arab Army.

A reporter from the battle field informed that, as the Islamist rebels pushed further south, they found themselves overstretched and outnumbered by the Syrian Arab Army and the National Defense Forces near the villages of Halfaya and Taybat Al-Imam. That helped the Syrian Armed Forces launching a counter-attack to recapture these integral points from terrorists last night and this morning.

The battlefield reporter also said that in the village of Mhardeh, the Syrian Arab Army recaptured Al-Buwaydah and several checkpoints surrounding the village this morning, resulting in a significant number of casualties for terrorists.

The report said that the Jaysh Al-Fateh assault on the predominately Alawi village of Ma’an was also repelled by the Syrian Arab Army and National Defense Forces and 14 enemy combatants were killed in the process.